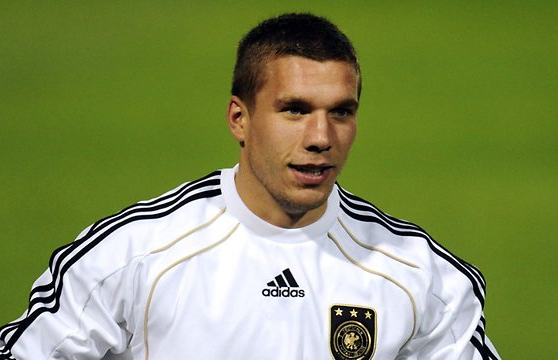 Lukas Podolski is will be swapping the comforts of Cologne for life in London this summer.

This is because a move to Arsenal won’t be the first time ‘Poldi’ has moved to a ‘big’ club; they won’t even be the biggest side he has left Koln for. In 2006, following Die Geißböcke’s relegation to 2.Bundesliga, the frontman moved to Bayern Munich in a deal reportedly worth €10m. At the same time, he was bursting on to the international scene, with some standout performances at the 2006 World Cup – including thee goals – helping Germany to third place and himself to the Best Young Player award.

While many struggle to replicate their club form for their country, it was the opposite for Podolski, as he failed to repeat his efforts for Germany in the colours of Munich.

Despite his poor form with Bayern, he continued with his contrasting performance for the national side. Germany finished as runners-up at Euro 2008, with Podolski scoring three goals for the second major tournament in a row, and being named in the 23-man squad of the tournament.

His three-season stint in Bavaria ended with a very poor return of 26 goals in 106 games in all competitions (15 in 71 in the Bundesliga), and he moved back to Koln for a similar fee to the one they originally sold him for.

His move back to Koln should have been the return of the king, but in his first season it was more like the clown prince than Prinz Poldi (as he is known in Cologne) as he scored just three goals in the entire season.

Despite that, he was still selected for Joachim Löw’s 2010 World Cup squad, scoring two goals from his now familiar position on the left to help Germany reach the semi-finals.

Since then, though, he has looked better than ever, and is currently enjoying his best season in the Bundesliga. He so far has 18 goals, which is his highest tally, and one achieved in a side facing another relegation.

At 26, he is at somewhat of a crossroads. He is, domestically, in the form of his life, but at international level his place has perhaps never been under greater threat – such is the rise to prominence of the likes of Mario Götze and Marco Reus.

A move to Arsenal will give him the chance to prove the doubters wrong, that he can do it not only outside of Cologne but outside of Germany as well. And it could just be the thing that keeps him ahead in the national team pecking order.

He will fit well into Arsenal’s system, presumably playing on the left of the two or three behind Robin van Persie (if he stays), in the role that has been occupied by Gervinho this season.

Podolski himself has said:

The goal has to be to win titles over the next years. That’s a given when you go to a big club and I believe I can help make it happen.

The English League is very good and competitive and every year six or seven clubs are challenging. Hence it’s a chance and a great motivation to make another step forward.

When I received the offer I quickly realised it was the right path to take. Arsenal are undoubtedly a huge name in football with a great coach and a fabulous stadium.

He certainly has the ability to succeed. Whether he does or not will all come down to his mentality. He’s shown signs of maturing this season; next year will be the time for him to prove it.