Looking for a handy way of catching up with all the runners and riders in this week’s (yes, this week’s!) World Cup? Looking for an excuse to buy an actual newspaper? You old fogey, you. Never fear, though – guest blogger Ronan Hunt-Murphy guides you through the best of the newspaper supplements devoted to the greatest footballing show on earth.

Strong up Front:
The Irish Times supplement stands out above some of the other World Cup pullouts due to its longer, better researched articles. Has a more interview-based approach than most, as well as fantastic photos. Emmet Malone’s pieces on North Korea and Algeria are extremely interesting and insightful, and would not be something you would be likely to find in the tabloids. There’s humour to be found too, in Mary Hannigan’s hilarious A-Z of World Cup quotes, including this gem from Jimmy Armfield: “There’s a real international flavour to this World Cup.”

Weak at the Back: 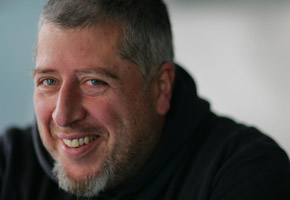 It may have longer articles than other supplements, so when there’s a weak one, it can drag on. This is especially true of both of Tom Humphries’s pieces. His “imagine what might have happened if Ireland were there instead of France” is a poor piece of satire at best, relying on easy jokes rather than anything thoughtful. Similarly, his article on begrudging England is half about our joy in seeing England go out and half about the ineptitude of the FAI, but is a full nothing. It’s like taking off a striker at half time and putting on a defender, and as bad as a Roy Curtis metaphor.

Group & Team Breakdowns:
2 pages on each group, with overall predictions as well as smaller columns on the teams themselves, featuring things like “The Gaffer’s Alter Ego” and what would happen if each team won the World Cup. Also contains a pullout poster with all the fixtures and venues.

If this was a team, it’d be:
Italy. Old and wise, very successful in the past, but can sometimes be too clever for its own good.

Strong at the front
Probably the only supplement to mention Rory Delap, the News of the World supplement wastes no time and jumps straight into the action.The group/team breakdowns are very good, with each team afforded a page each. They’ve tipped Nilmar to be among the top scorers at 33-1, so that could be well worth an each-way punt.

Weak at the back
It’s sponsored by Sky HD, so there’s essentially a news-style banner on the bottom of every page, as well as a double page ad in the centre of the supplement. In addition, due to it being the first off the blocks, they don’t even have preliminary squads for the teams, rather lists of the players who played in qualifying.

Group and team breakdowns:
Excellent, this is where the News of the World supplement excels.Nice little story of qualifying pieces, profiles of the manager and a star man for each team, as well as overall analysis of the teams themselves,

If it was a team, it would be:
Portugal. Very flashy and entertaining, but perhaps sometimes more concerned with money than football.

Strong up front
Opens with a profile of the top ten young players at this summer’s World Cup, so you can impress your mates at the pub with facts about some of the lesser known ones like Keisuke Honda and Marek Hamsik. Their five youtube clips are very interesting, especially if you take the time to look them up after.

Weak at the back
Part of the weekly AMen pullout, this is less a supplement and rather just a section of the magazine converted to talk about football. Thus there isn’t room for much coverage. Also two of those 17 pages are concerned with photos of “Football’s Sexiest Wags” – definite lowest common denominator journalism.

Group and team breakdowns
Totally absent. So you’d be lucky to actually know more than two players on each side after reading this. Won’t prepare you in any way for Friday’s opener.

If it were a team, it would be
North Korea. Rarely impressive, and then wastes part of its allocation by choosing someone big up front instead of what’s actually needed.

Strong up front
The daddy of World Cup supplements, its sheer size lets you know immediately that you’re in for something good. It’s A5 rather than A4, but doesn’t use large pictures as an easy replacement for content. Excellent interviews with coaches who worked with the five biggest stars of the tournament, three Premier League stars bound for South Africa, as well as with both England Men’s and Women’s coaches Fabio Capello and Hope Powell.

Weak at the back
Hard to find any problems with this one aside from a bizarre Wayne Rooney flowchart that is impossible to understand. It requires too much re-reading, and would’ve been better as a series of alternative “what if” scenarios instead.

Group and team breakdowns
Two pages for each team as well as final and provisional squads. Small profiles of three players on each team, past achievements, discussion of tactics, as well as the countries and general.

If it were a team, it would be
Brazil. Always impressive with class throughout the ranks. Field their best side at every opportunity, and will dazzle anyone looking at them. Definitely one to watch.

This is (potentially) the first of a two-part series – Ronan will be back to review the daily papers’ supplements this week, if they produce any!

One thought on “Guest post: Missed the World Cup magazines?”