The 30-year-old has signed a two-and-a-half year deal with the club and will partner former Newcastle United man Papiss Cisse up front. 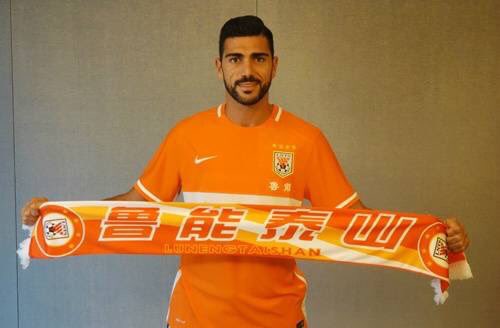 His yearly wage dwarfs the €6.5 million that Sebastien Giovinco is earning at Major League Soccer side Toronto FC, the same salary as Danielle De Rossi at AS Roma.

Pelle will also now be up with there with the likes of Cristiano Ronaldo, Lionel Messi, and Neymar Jr. as one of the highest paid footballers in the world.

Shandong Luneng are believed to have paid around €14 million to secure the services of Italy’s number 9 who missed a spot kick in the shoot out against Germany in the quarter finals of EURO 2016.

Pelle joined Southampton from Feyenoord ahead of the 2014/15 season and scored 30 goals in 81 games in all competitions.