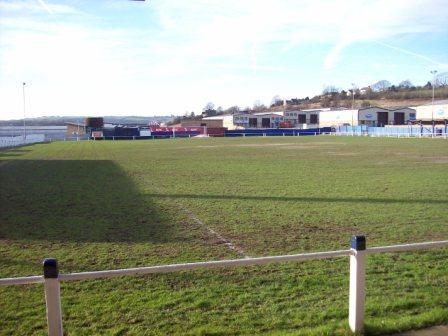 At first glance, the North West Counties Football League (NWCFL) in the ninth tier of English football may not seem to be particularly important in the history of the game in this country. However, one member of the NWCFL Premier Division has a rich history, and a rare distinction among any other football club. Glossop are regarded as not only the smallest town in England to have a club in the Football League, but they are also the smallest town to have played in the top flight.

They spent the 1899-00 season in the First Division before being relegated, having won just four matches all season, against Burnley, Aston Villa, Blackburn and Nottingham Forest. The victory over Aston Villa is a notable one, as the Villains ended the season as league champions. However, having ended the season at rock bottom of the First Division with just 18 points, nine points behind second-bottom Burnley in 17th place, Glossop suffered the heartbreak of relegation to the Second Division.

All was not lost for the Hillmen, though, as they spent the next 15 years in the Second Division, and managed to reach the quarter-finals of the FA Cup in the 1908-09 season, taking Division One side Bristol City to a replay before losing 1-0. It was clear that Glossop could still attract supporters in great numbers, despite their struggles in the second tier of English football. When they welcomed Preston North End in the second round of the 1913-1914 FA Cup, 10,736 fans were crammed into their ground to see a 1-0 victory for the away side, then still in the First Division.

Unfortunately, this was to prove the high-water mark for the Hillmen, and with the impending First World War and the club’s financial struggles, they were relegated from the Second Division at the end of the 1914-1915 season with just 18 points from 28 games, and the Football League was then closed for the duration of the Great War. In those days, clubs had to be elected to the Football League, and Glossop failed in their bid to be re-elected, so were forced to join the Lancashire Combination, a forerunner to the NWCFL, of which the Hillmen are now a part.

Now, Glossop play in front of a few hundred people in their league matches, in the preliminary rounds of the FA Cup and are regulars in the FA Vase. It was the FA Vase that brought Glossop their latest moment in the football spotlight, as they reached the final of that competition in the 2008-09 season, and faced Northern League First Division side Whitley Bay.

Glossop has retained a connection to Arsenal thanks to Sir Samuel Hill-Wood, grandfather to current chairman Peter, owning and bankrolling the Hillmen during their days in the Football League, and the Gunners allowed the lower league team to use their London Colney training facilities as preparation for the final, which they eventually lost 2-0.

In this era of vast transfer fees, wages, and stadia that can hold 80,000 spectators in comfort, it is worth remembering Glossop Town FC. They rose, against the odds, to be members of the Football League, despite the size of the town, and should forever be remembered for their role in the history of English football. We will never see the likes of them again in the Premier League.