The Copa Coca-Cola is the world’s largest brand-supported grassroots football initiative with around 1.3 million teenagers from over 60 countries competing for the right to participate in an international training camp and compete in the tournament that gives the event its name.

This year’s event was the 27th Copa Coca-Cola and the second in the new international training camp format – the first was held alongside the World Cup in Brazil last year – and took place in Lindow near Berlin. 104 teenagers from 27 countries descended on the training camp which was as much about life skills as football. 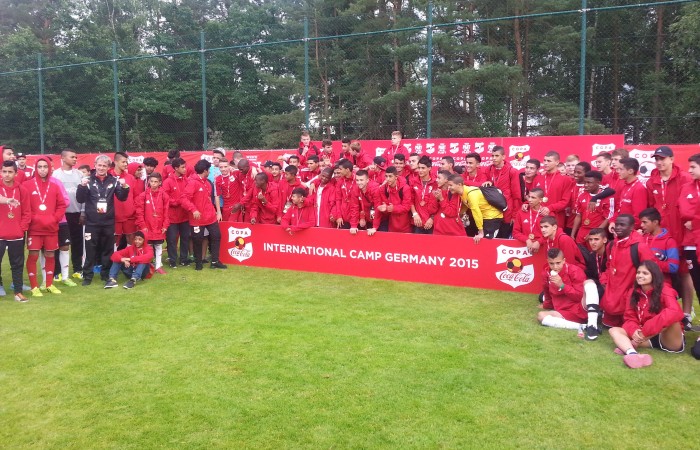 The event was boosted by the presence of new fewer than three World Cup winners; Benedikt Höwedes – the only outfield player to have played every minute of Germany’s victory in Brazil last year – and Assistant Coach, Hansi Flick were joined by Pierre Littbarski who was part of the then West Germany team which triumphed in Italia 90.

It was pleasing to see that their involvement went significantly beyond photo opportunities and media interviews. Höwedes, though on a tight schedule, made time to talk to a young participant who had broken his arm.

After a world record attempt – which, unfortunately, was unsuccessful – Flick was still in the sports hall an hour later playing head tennis with the kids. Littbarski watched every match of the tournament intently, kicking every figurative ball and yelling instructions and praise in equal measure.

The true stars of the event, however, were the teenagers. Their movement, composure and tactical awareness are surprisingly advanced for their ages. Littbarski agrees.

“They’re much faster than me,” he says with a wry grin when asked if any of them could match his dribbling skills. “They do some crazy things with the ball because they’re really studying tricks on social media. They try to imitate players like Ronaldo and Messi, which is fantastic.”

He is keen, however, for the players to concentrate on the basics and use their elaborate ball skills sparingly. Flick agrees that keeping things simple is the way forward. Given that it’s the approach favoured by the current world champions, it’s hard to argue.

I ask him what the England team need to do to reach these heights. “I like English football, but the problem is they have too much money,” he says. “In the last 10-11 months I’ve seen a lot of youth teams from England and they have fantastic players, but they can’t play in the Premier League and that’s bad.”

The structure of the tournament also confounded my expectations. Rather than representing their countries, the players were split into teams based upon their performances in the first few days.

In many cases, the only common language was football but they quickly forged bonds that saw them spending time together off the pitch and working together as a unit on it. 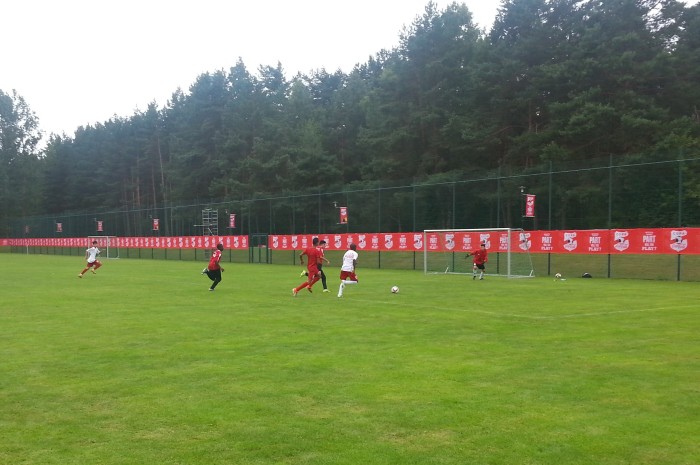 By bringing youngsters together and giving them the opportunity to make new friends, learn new skills and work together for a common goal, the Copa Coca-Cola is a success story in its own right.

There are some individual success stories too; Javier Hernandez emerged from a national event in Mexico. Having witnessed the ability and attitudes of the teenagers at this year’s event, it wouldn’t be a surprise to see some of them making the grade too.

Tom Briggs has also created a vlog about the 27th Copa Coca-Cola which can be watched here. You can also read more from him on Twitter.