This weekend could prove to be a vital one in the title race as the two main contenders face-off at Stamford Bridge as Chelsea play Manchester United at 16.00 on Sunday. Other games could well be more entertaining to watch for the neutral, but the result of that game is sure to be of most interest for many of the Premier League’s fans. Again this weekend I’ve picked where I think the best value for money is from the televised games. 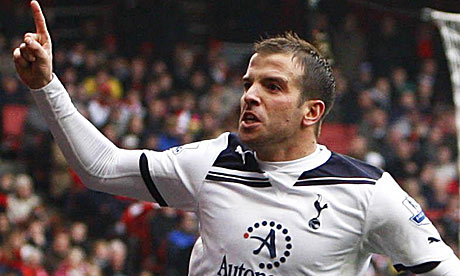 Some would call this the battle of the over-achievers as Sunderland find themselves in 7th position, two points below Bolton in 6th place. Bolton will be hoping that they can secure a win at the Stadium of Light tomorrow so they can pass Tottenham in the table ahead of their game against Blackpool on Sunday. A win for Sunderland would put them ahead of Bolton and level on points with Spurs, it’s a huge incentive for both teams who are looking to secure at least a Europa League spot.

Sunderland will have a make shift back-line after Anton Ferdinand hobbled off last with a hamstring problem, Manchester City loanee Nedum Onuoha is expected to deputise at centre back alongside another loan signing, John Mensah for Steve Bruce’s side. Also missing for Sunderland are Michael Turner, Titus Bramble and Frazier Campbell who all have knee trouble. Bolton will be missing Mark Davies through suspension after he picked up a red card during their 2-1 win against Blackburn on Sunday, Fabrice Muamba looks set to replace him in the starting line-up after coming of the bench to score against Blackburn. Bolton are also missing Joey O’Brien, Sean Davis, Ricardo Gardner and J’Lloyd Samuel through injury.

Both teams are in-form and doing a lot better than most had predicted they would before the season began. These two teams have a habit of drawing games and with both managers having problems in midfield and at the back I can’t see either team being too attack-minded as to leave themselves susceptible so a counter attack. In Johan Elmander and Kevin Davies Bolton have perhaps the most in-form strike force in the Premier League at the moment, but Sunderland are also healty in that department with the expected starting partnership of Darren Bent and Danny Welbeck with Asamoah Gyan on the bench, there’s nearly sure to be goals. I can see both midfields cancelling eachother out as they are both tough midfield pairings who don’t perhaps have the technical ability of Xavi Hernandez and Andres Iniesta.

This game definately has the potential to be the best game of the weekend as two of the most free-flowing teams in the Premier League go head to head at Bloomfield Road where Tottenham face this season’s surprise package, Blackpool. ‘Pool manager Ian Holloway has said he’s looking forward to this game and that it won’t be a 0-0 game. Harry Redknapp has had nothing but praise for Holloway “He’s also full of enthusiasm, he’s bubbly, he’s a great character and his team plays fantastic football.”. If both managers are correct then this will turn out to be a great game, which I fully expect it to.

Blackpool will be missing their talisman this season in Charlie Adam after the Scot picked up his fifth booking of the season last weekend. Also missing for the Tangerines are joint top-scorer Marlon Harewood, first-choice goalkeeper Matt Gilks and defender Chris Basham. DJ Campbell is expected to lead the attacking line in Harewood’s absence. Craig Cathcart will face a late fitness test. Tottenham welcome back their top scorer in Rafael Van Der Vaart, who was injured in the 2-1 win against Liverpool and he’s expected to join Jermain Defoe up front for Spurs. Wilson Palacios is also expected to return for the game tomorrow which will be a huge boost to Redknapp’s side, the added strength in midfield should come in very useful against Blackpool’s potent attack, which has scored 24 goals in the Premier League this season.

I think Holloway’s team could come unstuck against Spurs on Sunday if they try to play attacking football. They conceded 6 goals to Arsenal and 4 to Chelsea when they tried the gung-ho approach, so Holloway may try to condense the midfield against Spurs to prevent another drubbing against a top team, but I have a feeling that Holloway will stick to his guns and play the attacking football that Blackpool have become known for in the past three months. With Van Der Vaart back and Blackpool possibly having a weak link in Craig Cathcart and not having their first-choice goalkeeper playing I can’t see past a Spurs win. The added threat of Aaron Lennon and Gareth Bale on either wing will also be a cause of concern to Holloway, who may ask his wide players to track back a little, causing Blackpool to be caught short up front.

Undoubtedly this is the biggest game of the weekend, this has been the top of the table battle over the last four or five seasons as Chelsea have taken over from Arsenal as Sir Alex Ferguson’s main title rival. In their last 7 Premier League games Chelsea have only managed to gain 6 points from a possible 21, whilst United have won 17 points from a possible 21 in their last 7 games, considerably boosting their goal difference during this run with a 7-1 drubbing of Blackburn Rovers at Old Trafford.

Chelsea are still without Jose Bosingwa, Alex and Yossi Benayoun, whilst Yuri Zhirkov is considered to be a doubt for the game. Carlo Ancelotti will be hoping to welcome Frank Lampard back to the starting line-up after his sub appearance against Tottenham on Sunday. Didier Drogba will be hoping that he did enough on Sunday to secure a place on the field from the beginning as he came off the bench to score the equaliser against Tottenham, he did however undo some of his good work after he demanded to take a game-winning penalty instead of Lampard, which he then missed.

Ferguson will be without Paul Scholes for the trip to the Bridge after he was ruled out during the week due to a groin problem that will keep him out until the new year. Anderson has upped his game just in time for this, he has been one of United best players in the run of games that he has had recently and he’ll be hoping that he can be rewarded with a start against the Londoners. Ferguson is expected to send out the same team that he did for the 1-0 win against Arsenal on Monday night, which would be the first time in 151 games that the United manager as made no changes to his starting line up.

I can see the two teams cancelling each other out slightly, perhaps United edging it on form alone. The United midfield will need to be strong to get the better of Chelsea’s midfield. If Anderson can keep up his form it could give United the edge in midfield, especially if he can run at Mikel a few times. Nani’s form will also be a big factor in how the game goes, if Ashley Cole can keep him quiet then it could null a lot of United’s attacks, but if Nani can get the better of him then Rooney could definately exploit the Chelsea defence, which certainly isn’t at it’s strongest. Frank Lampard coming back for Chelsea is a huge boost for the Blues as he has the talent to change a game in an instant with his long range shots, which every ‘keeper in the world fears. The Reds’ defence will need to be on top form if they come up against the trio of Drogba, Nicolas Anelka and Florent Malouda, luckily for Ferguson all his first-choice defenders are fit and Rafael has been showing all the signs of a top quality full-back recently.

Wayne Rooney to score at anytime @ 9/4