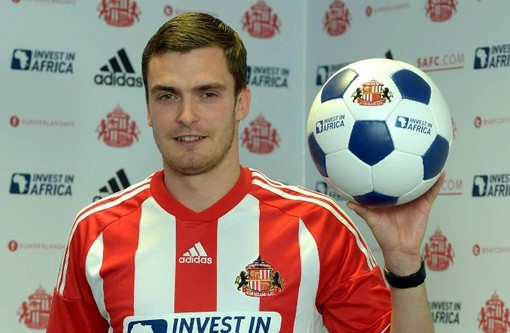 Friday 24 August 2012. Remember the date, it could well be a defining one in the future of Sunderland AFC.

It may not be defining in a long-term sense, not in the way of the Stadium of Light being built or the two takeovers, firstly by the Niall Quinn-led Drumaville consortium, then current owner Ellis Short, were.

But in the short-term, for this season and arguably the next two or three seasons, it was a day that defined and showcased the intent and ambition of Short, chief executive Margaret Byrne, manager Martin O’Neill and all others involved.

The prolonged Steven Fletcher saga finally reached its denouement, with a fee in the region of £12m finally agreed for the Scottish striker.  Many will, and indeed have baulked at such a figure, but nowadays you tend to pay a premium for the following: goalscorers, British players, those with proven Premier League records, and players 25 or under. Fletcher gets a tick in every box.

His name may not automatically strike fear into the hearts of rival teams or their fans, but his goalscoring record in poor sides is excellent. With excellent service provided from the flanks, with Seb Larsson, James McClean and another player I shall get to shortly, the man who scored the most headed goals in the league last term should have no trouble reaching double figures.

The aforementioned other player is, of course, Adam Johnson. Born in Sunderland, though any claims he supports the club (or Newcastle, for that matter) are unfounded, he reportedly turned us down when opting for a £7m move to Manchester City.

Since then, he’s continuously struggled to cement a first team spot, and has been linked with a move back home in seemingly every transfer window. His name has been one of the first on the lips of many Sunderland fans when asked who they’d like to sign, but to see it actually happen is something else entirely.

His arrival is the one that will spark interest in the Black Cats, the one that may make other teams sit up and take notice, and one that can help us rise from mid-table mediocrity.

It was Fletcher that we needed: a striker who can score goals and lead the line. Johnson is simply the cherry on the cake. Consider it like moving into a new house: Fletcher is the sofa, Johnson the big-screen TV.

After a disappointing 13th placed finish last season, the aim now has to be – at the very least – top ten. While any talk of a European spot is surely extremely premature, you’d imagine that is where the club is looking in the next couple of years, and some very strong foundations have been laid.

Praise should certainly go to Ellis Short for bankrolling the deals, and to all those involved in making them happen, especially in one day. More additions – certainly a full back – are necessary before Friday’s deadline, but you’d imagine that these are the two that could play the biggest part in where Sunderland are headed.

2 thoughts on “Friday I’m in love”