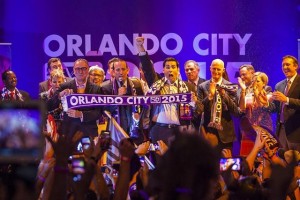 On the 19th November 2013, it was announced that Orlando City SC, through sheer relentlessness and the inherent desire to succeed, had been awarded what they had dreamed of since the team’s inception in the USL (the third tier of US soccer) in 2010 – an Expansion team in MLS.

The Florida-based team are to become the 21st franchise of Major League Soccer as of 2015. MLS will be in its 20th season by that time, the league have certainly come a long way from its humble beginnings when ten clubs had three owners back in 1996. A franchise in 1996 could be bought for $5m; in 2013 New York City FC was purchased for $100m.

The aim then was survival, now MLS aspires to ‘be among the world’s top leagues by 2022’. A brave, yet unobtainable goal surely when a salary cap of $2.95m per team is currently in place with franchises heavily reliant on ticket revenue and sponsorships ahead of the meagre TV revenue.

Major League Soccer believes they will be able to reach their goal primarily through expansion. It is hoped that expansion will result in increasing regional interest in MLS before culminating into national interest, converting that into national television deals and thus sending the league into a whole new bracket of financial strength. By 2022, MLS hopes to consist of 24 teams, 5 more than they already have and three new franchises if you take Orlando City SC and the NY Yankees/Manchester City owned New York City FC out of the equation.

To introduce six new teams in the space of nine years sounds like an ambitious target, but MLS are no strangers to ambition. MLS have four criteria in which each franchise is judged on and these are undoubtedly the minimum expectations placed on the brand new franchises. The criteria are: to be financially viable as well as competitive in the league, drawing a passionate and committed fan base while staying relevant in their home market. Essentially, one Chivas USA is enough.

When Forbes compiled it’s valuations of MLS teams in 2008, there were only 14 teams with the most valuable asset being LA Galaxy valued at $100m. Seattle Sounders joined the league in 2009 for an expansion fee of $30 million. Four years later and Seattle Sounders are now the most valuable franchise in the league at $175 million, $5 million more than LA Galaxy in second place while seeing a 483% increase over its sale price in 2009.

It is interesting to see that with the exception of LA Galaxy in second place on the list, the rest of the top five consists of expansion franchises – Portland Timbers (2011) Houston Dynamo (2006) and Toronto FC (2007) – third, fourth and fifth respectively. Attendance figures for expansion teams are the key drivers of their revenue. Seattle Sounders average 44,038 fans a game while other, new expansion teams such as Portland, Vancouver (2011) and Montreal (2012), reach around the 20,000 mark. MLS’ success rate when it comes to picking expansion franchises is tremendous.

One member of the Orlando City SC ownership group and part-owner of Stoke City, Phil Rawlins, stated this after the announcement was made that Orlando was to become MLS’ 21st franchise:

The fans in Orlando have clearly demonstrated that they are ready for MLS, and we look forward to celebrating with them and working together to set a new standard in this country. We have watched the evolution of Major League Soccer, and we are thrilled to join what has become one of the fastest growing and most exciting leagues in the world.

But now MLS aim to plunge back into a market where they have already been unsuccessful – Florida. The league was forced to shut down Miami Fusion and Tampa Bay Mutiny in 2002 due to the Mutiny being operated by MLS instead of an owner, so the league had to absorb the 100% operating losses, whilst Miami Fusion FC folded due to ownership lacking the financial resources and even asked the league to pay some of the club’s expenses. 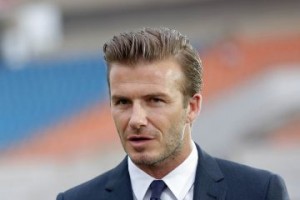 Orlando will hope not to suffer the same consequences but with attendances already averaging 8,000 in the third tier, catering for the ever growing Latino market, alongside the confirmation of becoming an MLS franchise, that figure is expected to rise greatly and makes their MLS beginning sound more appealing than echoing contraction.

Besides, if the Orlando City ownership believes they are very confident of raising the league’s profile by setting ‘a new standard’ then who are we to question them?

Another potential new team from the southeast  looking to push themselves into Major League Soccer is the David Beckham led Miami franchise. Who, due to his previous contract with MLS, is entitled to buying a franchise for a cut price fee of $25 million. Bolivian businessman Marcelo Claure has been pictured with Becks in recent months touring South Florida for potential stadium sights whilst NBA superstar LeBron James has revealed his intentions in joining Beckham on the pursuit of becoming the 22nd MLS franchise.

A repeat of the Miami Fusion failure looks unlikely as, simply put, the Beckham entity would be stamped all over the franchise – the cash cow of the franchise. Furthermore, the Miami Fusion project was doomed to fail with politicians unable to reach an agreement on allocating the Orange Bowl to the club and poor marketing, hardly promising when considering MLS looked to be on the brink of closure.

Opening a Miami franchise would be a perfect example of MLS’s openness to entrepreneurship. The logic is easy to see: If Orlando is to join, then why not create a fierce inter-state rival to turn Florida into the football hotspot it is destined to be?

This leads on to New York City FC, the joint venture between New York Yankees and Manchester City with both looking to expand their brands in the number 1 media market in the world. A rivalry between the Red Bulls and City has the potential to turn into one of the league’s fiercest clashes provided NYCFC can build a sufficient, sustainable fan base – at least that’s the view from the Major League Soccer HQ.

To NYCFC’s advantage though, the marketing power of NY Yankees and Manchester City is undisputable whilst it is expected they are to be based in Manhattan making it far easier to travel to matches than the trek to Harrison, New Jersey where the New York Red Bulls reside. Every match is to be broadcasted on New York Yankees’ influential YES Network, giving maximum exposure. A franchise right in the heart of New York, one of the most culturally diverse cities in the world, is sure to attract fans from all regions of the City.

So with two new franchises confirmed and another expected to be announced in a matter of months, MLS’ entrepreneurial spirit looks to be shining through. The Pacific Northwest has benefited greatly from the football explosion with the Cascadia Cup, a three-way regular season competition between Portland, Seattle and Vancouver, being one of the most well supported and most passion fuelled competitions in the MLS season.

Portland Timbers and Seattle Sounders have both emerged as two of the best teams in the league, bolstering the image of Major League Soccer and football in America in general. Introducing new rivalries in New York and Florida could potentially greatly improve football interest stateside as the regional rivalries become a matter of nationwide attention.

The timing of the chain of expansion announcements in 2013 was virtually inevitable. After the 2014 season, Major League Soccer re-enter negotiations over TV deals and are looking to double their rights fees from the current annual deal of $30 million (ESPN, NBC and Univision’s deals combined). The deal began in 2006 meaning it was an eight year deal. MLS’ announcement of wanting to expand to 24 teams by 2020 is a way of trying to get the networks on board as they see a league looking to grow and thrive into every potential football market possible.

As MLS’ entrepreneurial spirit looks to continue, other owners have made implicitly clear that they want to be part of the ‘one of the fastest growing and most exciting leagues in the world’ with rumblings being heard in Sacramento, Atlanta, Minnesota, San Antonio – the list goes on.

Major League Soccer have successfully created the belief that if you have the money, the stadium plan, the marketing power and the market then you can have an MLS franchise. This unique, and some may say innovative approach to football club’s business model could lead MLS on the road to unbelievable success or one of decline, destroying all of the hard work done to become the longest running professional football league in USA. But hey, that’s the life of an Entrepreneur.

One thought on “For MLS, entrepreneurial spirit fuelled by expansion”