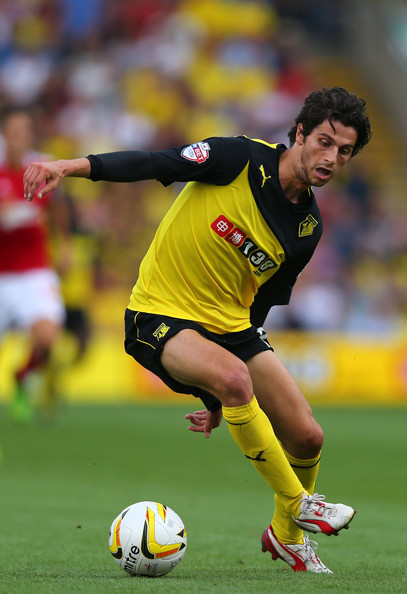 As Kevin Phillips struck the penalty that kept Watford in the Championship last season, neutrals may have been forgiven for feeling a bit smug that the perceived injustice of loaning half of Udinese’s squad to have a crack at the Championship hadn’t paid off. With the loan “loophole” closed and the Hornets under a transfer embargo, it looked as if Watford would have to settle back down to scrapping away in mid table.

But the Pozzo family had other ideas, and Watford promptly went ahead and signed seven players from Udinese and one from Granada. This continuation of the relationship with Udinese, combined with holding on to star striker Troy Deeney, leaves Watford as the Championship winners of the window.

Hampered by behind the scenes unrest and weakened by the sale of Nathan Redmond, Brimingham have emerged badly from the transfer window. Having lost Redmond and Curtis Davies to Premier League clubs, the Blues have been unable to adequately replace the pair and possess a squad that looks weaker now than it did last season.

Summer signings have included making Paul Caddis’s loan from Swindon permanent and signing Neil Eardley, who is now out for the season. With Chris Burke linked with a loan move to Leeds, the transfer season could get even worse for the cash strapped Blues when the loan window opens.

Keep your star players and improve the starting eleven. The textbook transfer window.

Bradford seem to have been the main winners of the window in League One, keeping Nahki Wells and making sensible signings in other areas of the pitch.

Mark Yeates represents somewhat of a coup for a newly promoted team, having played 34 games in the Championship for Watford last season. Jason Kennedy and Raphael De Vita are both solid signings, but the Bantams biggest piece of business was holding on to star striker Nahki Wells.

The striker was the subject of a rejected bid from Peterborough earlier in the summer as well as rumoured interest from QPR, but a deadline day bid never materialised and the striker will be staying in League One. Amidst a drought of good young strikers below League One, Wells would have been difficult to replace.  Keeping the Bermudan, who recently set a new club record by scoring in eight consecutive matches, could prove the difference between promotion aspirations and a mid table finish.

Perhaps slightly harshly awarded, but in a league where most teams are strengthening both Notts County and Shrewsbury spent the transfer window treading water. Both lost key players, in Alan Judge and Neil Bishop at County and Marvin Morgan at Shrewsbury, without really replacing them. Whilst both clubs are looking at the bottom end of the market, they are lacking in depth, and have signed some average players between them.

County are currently counting the cost of a few injuries to a threadbare squad, and the same thing could happen to Shrewsbury. Both are likely to be looking at the loan market over the season, and will be in the risky position of relying upon loanees hitting League One running. 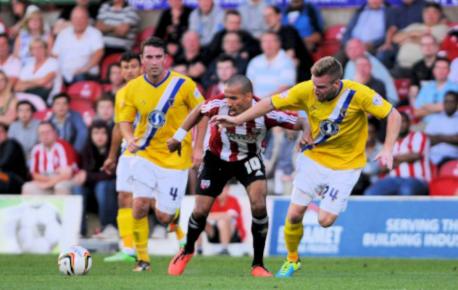 Whilst the (relative) headline grabbing signings of League Two have been made by Chesterfield and Fleetwood, AFC Wimbledon have successfully done their business on a shoestring. The Wombles signings suggest that they should have enough to move from a relegation battle last season to a mid table position this time around, although they are unlikely to sustain their current fourth place spot.

Having suffered defensively last season manager Neil Ardley acted ruthlessly, with only Alan Bennett, himself a January signing, surviving from last seasons back five. In their place come the experienced ex Gillingham duo of Barry Fuller and Andrew Frampton, alongside former Swindon left back Callum Kennedy and ex Aldershot keeper Ross Warner. With three clean sheets already this season the Dons have shored up their defence, whilst at the other end Charlie Sheringham and Michael Smith have signed to share the goalscoring burden with Jack Midson.

For a side on a budget Wimbledon have done well, especially when compared to the business done by the teams around them last season, such as Dagenham.

Beaten play off finalists last season, Northampton will have to scale their expectations down this season following the transfer window they’ve endured. Having flirted with the top three last season, the Cobblers have lost the experience of Bayo Akinfenwa, Luke Guttridge, Ben Harding and the retired Clarke Carlisle. Whilst last season’s side wasn’t easy on the eye, it would probably have been there or thereabouts this time around. The remodelling job has left a  squad that is light on numbers and quality, leaving the Cobblers as League Two’s transfer window losers.