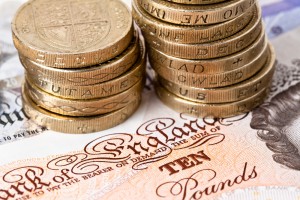 In my previous articles, I’ve reviewed when football first became big business and how the Premier League and Sky Television need each other and have formed an almost symbiotic deal, where the success of one, depends on the success of another.

So where does it come from?

The answer is, you.

The cost of being a football fan in 2014

In 1989, prior to the founding of the Premier League, This is Money reported that it was possible to obtain a matchday ticket at Liverpool for £4, whereas at Manchester United it was £3.50. You would pay £4.50 for a ticket at Everton, £5 each for a ticket a Aston Villa and Arsenal and £7 for the cheapest ticket at Tottenham.

Similar price hikes are shown across the board for all Premier League teams, both in terms of individual match ticket sales and season ticket sales. Liverpool’s cheapest season tickets for example were £60 in 1989 to 1990, but are now £725, an increase of 1,108%!

However it is not just the price of your ticket that has increased.

In 1989, as a teenager I can personally remember going to Anfield and spending 70p to buy the programme (I have some programmes at home to confirm the cost). The cost of a matchday program has now increased to £3. A drink of tea and a pie used to cost less than £1.50, now it is, as this BBC Survey reveals, £5.60 for a pie and a cup of tea.

Add to that the rising cost of transport to and from games and the cost of attending a match in the Premier League has risen dramatically for the fan.

So much so, that for a family of four, purchasing the cheapest season ticket seats at Liverpool, with travel expenses of £10 per person, plus a pie and a drink each and one programme between four, would set a family back £4082.60 over the course of the season.

And that does not include costs or tickets for any FA Cup, Carling Cup or any European matches.

Guardian columnist David Conn wrote in August 2011 that “The Premier League has priced out fans young and old” stating:

“Football’s glittering success since the Premier League was formed tells a contradictory story: the clubs operate well-respected community programmes aimed at “social inclusion” for young people in their neighborhoods – while mostly pricing them out of going to matches.”

Yet despite the astronomical rise in ticket prices in real terms over the past 20 years, football attendances slow no sign of declining.

For the 2013-2014 season thus far, all but two clubs (Sunderland and Aston Villa) can report stadiums at least 90% full, on average, for all their home games this season. For several teams, Manchester United, Arsenal, Manchester City, Liverpool, Chelsea, Tottenham, Cardiff City and Norwich, their stadiums have been on average 98% full or more for every home match. (Source)

Of course, a small rise in ticket prices can be justified by implementing the findings of the Taylor Report and the work needed to turn many stadia into all-seater venues. However, at the time of the report, Lord Chief Justice Taylor somewhat naively reckoned a £6 ticket price would cover the cost of the additional work required.

So certainly, the average match-going fan is paying a great deal more to attend games than ever before, a lot of which goes straight into the pocket of high-earning players.
But that is by no means the only way you are paying more for your football nowadays.

Even if you don’t want to, or cannot afford, to attend the games and want to watch matches live on your TV, then you are going to pay a premium price.

When Sky acquired the rights to sole coverage of Premier League football from 1992 onwards, many people expected Sky to put up their subscription rates, which they duly did. At the time, it cost around £200 to have the Sky system installed with a subscription fee of around £10.99, if you took Sky Movies, or £2.99 if you did not.

However, with the introduction of Live Soccer, Sky developed their Sky Sports channel, which was also a subscription channel and for which users paid another fee of around £7 per month on top of their current charges.

Nowadays, a similar package is around £70 for the television channels alone. Some Sky Packages, if you want to view football using Sky Go for example, or those that include broadband, can run to around £110 to £120 a month.

In addition, unless you take out BT Broadband, which is another additional charge of at least £15 a month, you need to pay around £13 a month, plus a set up fee, to receive the other live Premier League games as part of the BT Sport package.

With close to 10 million subscribers in the UK, many of them football fans who want to watch the live football action, it is easy to see why Sky are able to keep bidding higher and higher amounts to secure the rights for Premier League football games.

However, once again, this money is coming directly from the football fan who is being forced to pay around £30 a month for the channels which show the football alone.

One aspect of business where Premier League clubs have quickly caught up is in merchandising and commercialising the club, especially beyond their usual customers.

Nowadays, most clubs have their own website, selling a wide range of club-themed items, often at vastly inflated prices compared to similar, non-branded items you can buy for elsewhere.

A perfect example of this is the humble football shirt- an accessory which most football fans view as an essential purchase each season. While the relative value of these shirts has held up well over the past 20 years (prices have increased from around £20 for a shirt to £40 – £50, which is not too bad compared to ticket or TV prices), what has changed is how often the shirts are changed and the number you can buy.

Nowadays, you can buy a home shirt, away shirt, 3rd shirt, European shirt, goalkeeper shirt (plus shorts and socks for all these), as well as being able to personalise the shirt with a name and number (all at an additional cost).

Furthermore, the clubs also change at least one, sometimes two and occasionally all of these kits each season, tempting fans into purchasing the latest version of the kit.

This is not an inconsiderable sum for a family with two or three children who all want the latest kit each year and who may be struggling on the breadline. £120 for what equates to three replica shirts, is a lot of money, when you are worried that tomorrow’s meal may have to come from the foodbank or whatever you have left over in the fridge and cupboard.

Yet there is more, Chelsea and Manchester United own their own pay TV channel (Liverpool’s is free-to-air to Sky and Virgin viewers). There are club shops both at the ground and now away from the ground (such as the two club shops in the Liverpool One Shpping Complex, Liverpool 1 and Everton 2, which has many Everton fans smiling).

Some clubs have their own ground tours and museums attracting players, most offer corporate hospitality packages to attract businesses through the door, there are private boxes available for the wealthier fan, match day meals and bar areas for those fans willing to pay for it.

In short, there are a myriad of other ways that Premier League clubs tempt you to part with your cash.

And through loyalty, every year, millions of fans do so, even if logic and finances dictate they cannot really afford too.

Football has reaped the benefit of the cash from improved marketing and mechandising, vastly increased ticket prices and of course, television money, but there is one other big reason why football has become big business, or more specifically, why some clubs have become the European Elite.

I’ll examine the influence of the Champions League in the next article.

Other Articles In This Series:

1) When did football first become big business?
2) Why Sky and the Premier League need each other