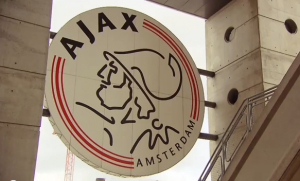 Last spring, Ajax managed to win their 33th Eredivisie title, and their fourth consecutive. At the moment, Ajax are second in the league, a mere two points behind leaders PSV. I firmly believe that it will only be a matter of time before the Godenzonen will be top of the table again, ultimately ending the season with the desirable League winner’s dish in their hands.

Here’s my five reasons why:

From the moment the former defender took over from Martin Jol in the closing days of 2010, everything is different at Ajax. For starters, the number of managers Ajax has had, has been drastically reduced. Since 2000, there were a grand total of 11 different managers at the Arena, of which four were caretaker managers. These 11 combined only won half of the four titles De Boer has accumulated in three and a half years.

The fact that De Boer is still in his seat is mainly due to himself. Having chosen, and been chosen, for the long run, De Boer has refused many lucrative offers from bigger clubs abroad, while his position has never been a point of discussion, even after a bad run of results.

This newfound stability at the Netherlands’ biggest club has ultimately benefitted the first team. He’s a young manager, with bags of international experience, having won it all as a player. Most of the youngsters breaking into the first team in recent years have known De Boer from his time at Ajax’ world famous youth institute, De Toekomst.

De Boer doesn’t panic after a couple of bad results, doesn’t constantly change his tactics and is an absolute crowd favourite. As long De Boer can withstand the call from the European powerhouses, there’s no reason for the Ajax board to compromise this prize-winning stability.

Ajax lose their best players on a yearly basis. Always have, always will. However frustrating, every Ajax supporter still celebrates the successes of their former heroes in different colours. The squad you can put together with players all across Europe that once came to Ajax with just a couple of fluffy hairs on their chest will leave many fans drooling. Ibrahimovic, Suárez, Eriksen, Vertonghen, Vermaelen, Huntelaar, Maxwell and so on.

Needless to say, these transfers brought money. Big money. But no big spending. Ajax has been very picky as to which player to buy and for how much. Only looking for players who can provide something they don´t have in their own youth squads, Ajax are weary for overpaying for a player who has everything still to prove. In recent years, Adam Maher and Luciano Narsingh were forced to choose for PSV, after Ajax refused to pay the transfer sum their clubs desired. In both cases, Ajax seem to have been right so far, with both players struggling at PSV.

On their positions, Ajax are playing Lasse Schone and Davy Klaassen right now, both internationals, both extremely important to Ajax. And both free. A lesson PSV have yet to learn…

PSV has started the season with straight wins with highly attractive football and a lot of goals scored. This all changed in one unfortunate moment, when left winger Memphis Depay injured himself pretty badly against PEC Zwolle on 6 September, a match they immediately lost. The weeks following, PSV struggled. Without the Eredivisie’s best player, PSV declined to the anxious bunch they had been for the last couple of seasons, not being able to turn games around, displaying a flimsy defence and a mediocre midfield.

This can hardly be a surprise when one looks at the transfer activity in Eindhoven last summer, their main acquisition being a striker from Borussia Monchengladbach, Luuk de Jong. Furthermore they signed two players on a loan deal, Andres Guardado and Nicolas Ismat-Mirin, both good players, both unnecessary, since they haven’t been able to fix the clear problem in mentality at PSV.

Unless things drastically change in the heads of PSV’s important players or they manage one big-name signing for a position which isn’t overstaffed already, PSV won’t be able to compete with Ajax in the year-long marathon race for the title.

Feyenoord’s rise from the grave

24 October 2010. A classic fixture in the Eredivisie, with struggling Feyenoord travelling to PSV. The match would become a classic indeed, with PSV beating Feyenoord 10-0, the biggest defeat in Feyenoord’s history. Less than a year later, Ronald Koeman took over at cash-strapped Feyenoord, leading the club to three very productive seasons, finishing second on two occasions, with a squad consisting of mainly players from their own ranks.

More than a handful of these players managed to break into Louis van Gaal’s national squad, making up a large portion of the Dutch team that got in third at the World Cup. Needless to say, these players all left, leaving Koeman’s successor Fred Rutten with the task of completely rebuilding the squad, especially the defence. Although Rutten seems to have found the best formation in recent weeks, it’s far from a title-winning squad. Maybe next year.

If recent history is anything to go by…

As mentioned, Ajax managed to stack up four consecutive titles in the last four seasons. After every success, Ajax had to sell their best players. After every title, the pundits all agreed that Ajax was weakened too much to compete and that PSV definitely were the favourites. And every season, Frank de Boer had to reinvent the wheel, losing championship points early on in the season.

But for four years in succession, Ajax managed to rise from the flames, topping the table early in the new year, a position they would not give away anymore. Last summer, Siem de Jong and Daley Blind went to play on the other side of the channel, leaving De Boer with the task to largely rebuild the midfield.

Ajax lost the Dutch Super Cup match against PEC Zwolle, struggled to find their form and didn’t really impress, also due to the fixture congestion with the added matches from the Champions League. PSV is topping the table again, early on in the season. But if recent history is anything to go by, Ajax will be there around February. And you’re all invited to the big party in May, where Amsterdam celebrates Ajax’ record breaking run of Eredivisie titles.