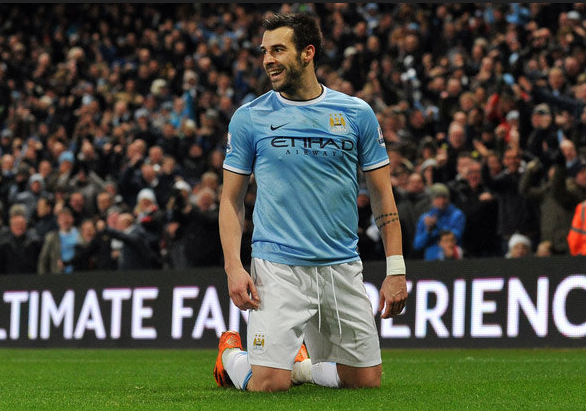 After losing 2-0 in the first leg to Barcelona many have suggested that Manchester City are out of the Champions League.

However, at 2-0 the game is not yet over. Here are five reasons why Manchester City can comeback against Barcelona.

Manchester City should be more potent in the attacking third with the return of Sergio Aguero. The Argentine forward will allow Alvaro Negredo to be more influential due to their on field understanding.

Furthermore it will open up the chance for Manuel Pellgrini to select a much more attacking lineup, and it will ultimately mean Manchester City can play positively on the evening.

Manchester City have already won impressively on the road in Europe this season. In their final group stage match they beat Bayern Munich 3-2 at the Allianz Arena. It may have been different circumstances, but City can take belief from the performance. After going 2-0 down, they put in an industrious performance and managed to win 3-2.

Many have referred to the fact the group was almost won for Bayern for the reason that Manchester City won. However, with Pep Guardiola in charge it is highly unlikely that Bayern stepped off the gas against Manchester City. It was result during a time when Manchester City were criticised for their away form and it showed their character under Manuel Pellegrini.

If they are to overturn their deficit against Barcelona, this result could provide some belief for the Manchester City set up.

They can play without fear

As mentioned earlier, Pellegrini can select a more attacking lineup for their trip to the Nou Camp. That should result in a more dynamic City, when they have been able to attack this season they have been ruthless. Take their wins over Tottenham for example, they went to White Hart Lane and tore apart Tottenham with their pace in behind.

Barcelona may not be Tottenham, but their defence is not much better. If Negredo can win a few headers early on, Barcelona could be rattled in front of their home fans.

The Argentine may have played well prior to his red card, but he is a calamity in the Manchester City defence. His replacement, Joleon Lescott, is much more of a reliable figure and he has formed a decent partnership with Vincent Kompany over the last few years. If City are to win in Barcelona, they need the type of players that aren’t going to do anything rash. Lescott is of that sort.

The players have belief

Despite many counting them out, the City players have been positive about a comeback in the media. Pablo Zabaleta and Samir Nasri have made confident claims that Manchester City can overturn the defecit in Barcelona, Nasri referred to the win at Munich as a source of confidence.

“It is a different game but why not?” Nasri said. “We went to Munich and we won. We could do the same.”

Meanwhile, Pablo Zabaleta cited an age old saying, “Nothing is impossible in football.”

Obviously it’s going to be difficult for Manchester City, but ruling them out completely would be naive. Taking into account Barcelona’s defensive problems and City’s attacking prowess there is no reason why they can’t win in glorious fashion. If City get at Barcelona early in the second leg, who knows what could happen?