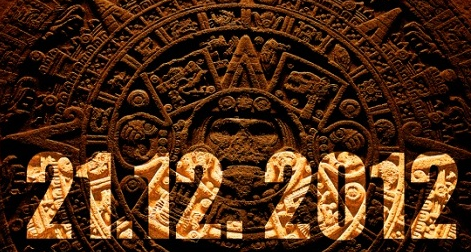 And so as we gradually spiral to our ultimate yet let’s face it, kind-of-cool demise, we will no doubt be battered with endless lists offering us sometimes novel, often predictable but ever timely suggestions as to how to spend our final hours on this Earth. Lists that will likely extol the virtues of opportunistic wanton and salacious behavior.

What better way to see in the end times than watching football. And I’m not talking football on the grand stage. Sure, you could take in the December 21st A-League match-up between Brisbane and Perth. Or a little bit of Championship action as Wolves visit Blackpool. Perhaps some Serie A action might be to your liking as defending champions Juventus travel to Cagliari. But come on, let’s be serious. It’s your final day on Earth. Let’s be adventurous. Let’s get exotic.

And so I bring to you, five exotic football matches to watch as the world ends.

I was hoping for a home match featuring current BPL relegation battlers Prisons XI, but unfortunately for us, they’re drawn to host Gaborone United the day after the end of the world. Regardless we’re heading to the 10,000 seat capacity University of Botswana Stadium as the 2010/2011 BPL champions host Notwane. When the two clubs met back in October it was a 2-0 result to the Rollers. With nothing to lose, can Notwane even the score?

Al Seeb currently have no points from their opening seven matches of the season. In fact they’re yet to score a goal this current campaign, while conceding 12. There’s just three matches leading up to their December 21st away trip to Al Nasr who currently sit in fourth position on the table. There is hope for the visitors as the most recent meeting between the clubs back in April of 2010 ended in a 2-2 draw.

A fascinating slate of matches on offer as we head to the Pakistan Premier League. But the pick of the bunch sees the current fifth placed Karachi Electric host fourth placed Pakistan Air Force. Hopefully both will still be in the hunt for the championship, won last season by current league leaders Kahn Research Laboratories who visit Afghan FC also on December 21st. The Peoples Football Stadium in Karachi will be jumping to 25,000 seat capacity as Air Force pay a visit, coming off a 1-0 victory the last time the clubs met back in October at the PAF Complex stadium.

And we’re off to Malta as current bottom of the table Rabat Ajax host first placed Valletta. Is an upset on the cards? It seems unlikely as Rabat have yet to open their winning account through the first 14 matches of the season, scoring just nine goals while conceding 29. Vallette meanwhile have lost just once, a 1-0 defeat at home to visiting Mosta. Unfortunately for Rabat, we have to go back to May of this year to find their most recent victory, 2-0 away win over Birzebbuga in the Malta First Division. Regardless, the home fans at the 2,000 seat capacity MFC Centenary Stadium will be keen for an upset as the most recent meeting between the clubs at the end of October, saw Valletta manage only a 1-1 draw to Rabat.

Finally let’s enjoy a little bit of football from the UAE as current D1 GA leaders Emirates visit middle of the table Masafi at the 2,000 seat Masafi Stadium. The 2010/2011 Super Cup winners Emirates are currently undefeated through the opening four matches of the season and will be hoping to keep their winning streak going in their quest to return to the UAE elite Pro League in 2013. It promises to be a high scoring contest as the last meeting between the clubs back in October saw a 3-3 draw in the Presidents Cup.

So there you go, five matches in exotic locations to take in on the final day of the planet. From now until December 21st, as the human race enters added time and likely concedes one final epic own goal, enjoy your football.

BettingExpert.com blog manager. If you're looking for sports betting analysis and insight, visit the BettingExpert Blog. I'll give you a perspective you probably hadn't considered.