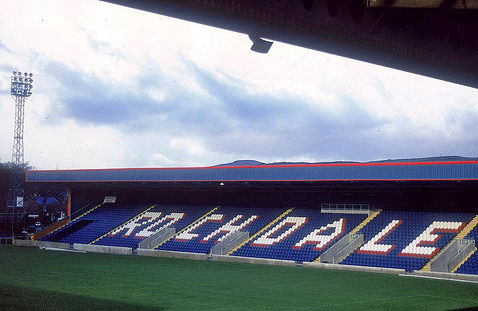 This is the period of which football fans across the globe are united. United in the sense that they are in their hibernation, a time where there is silence across work rooms and the local pub.

There is only so much you can talk about transfer rumours before they become tiresome (very little in my case) and laughing at QPR’s new away shirt may only take around five minutes out of your day. If it weren’t for the managerial merry-go-round at various Premier League clubs and the trickle of pre-season fixtures being released, football would almost cease to exist.

Despite the English season only finishing last weekend with the League One and Two play-off finals, football fans had accepted the season was over before that. The play off finals were the last solitude of football that we have and despite the fact the Euros are coming up, the gap is too long for me. I have played an extortionate amount of time on FIFA 12 and I’ve already taken Blackburn to the Champions League final on Football Manager. The Huddersfield – Sheffield United barely bridged the gap, even after 120 minutes of football it can be roundly described as dull, the England game followed a similar path but was, thankfully, a shorter experience.

However on Wednesday night, I decided to try and fill the void left by the end of the season by going to an international match; Montenegro U19s v Slovenia U19s at Spotland, the home of Rochdale AFC.

With much cynicism, I ventured out with wonder at what I was to behold by that evening. It cost £3 to get in, so what did I have to lose?

With notepad in hand, I thought I would try a match report and name some players who looked impressive which may have been slightly optimistic but it was worth a try. Arriving with much time to spare, I was surprised to see around 300 people had also joined me. The kick-off was delayed by 15 minutes for no apparent reason with crowd congestion being highly unlikely it was a curious decision.

As the game kicked off the heavens opened, torrential rain and lightning ensued and lasted for the whole first half making wayward passes, high palls and no where touches a prominent feature. The referee also didn’t help matters with petty fouls disrupting the flow of the game.  Three yellow cards were issued after mistimed sliding tackles. A misjudged kick from Slovenian midfielder Matej Pučko was met with overzealous screams from the Montenegrin Boris Tatar, the crowd duly jeered at his reaction. Few chances were shared amongst either team with Slovenia looking most threatening. Slovenia had the best chance of the first half as the Montenegrin goalkeeper, who looked shaky throughout, had a mix up with the defender and lost possession to Andraž Šporar who attempted a cheeky lob which just landed on top of the net.

Conditions were better for the second half as the rain stopped to let the pitch dry out. Better football was played on the second advantage with Montenegro looking the better side, with some neat, fluid build-up rewarding them with some good chances which weren’t taken. Finishing seemed to be the important factor that both teams lacked. Montenegro captain Marko Vukcevic looked impressive throughout with some good touches and quick passes, he created a couple of chances with some tidy play through the middle and out on the wing, he generally controlled Montenegro’s attack.

Slovenia had the best chance of the game with a counter attack that opened up the defence, a surging run from Šporar allowed him space down the left wing, cutting into the area he dabbed the ball past the goalkeeper, only to be denied by the Montenegrin defender Dejan Milošević, who slid in just in time to clear off the line.

Montenegro continued to control possession creating space down the wings and through the middle. However they were undone again by the quick counter attack of Slovenia, Šporar was once again involved, this time on the right wing. Cutting in to the area again he was bundled over by the chasing Mitrović and a penalty was awarded. Marko Kovjenič stepped up and slotted home past the unlucky Petković who got a hand to the ball.

To add to Montenegro’s woes, just three minutes after the penalty Marko Janković, who can on as a substitute just 10 minutes beforehand, was sent off for a reckless sliding challenge.

The game ended 1-0 to Slovenia which was their first and only goal of the qualifying stages. Neither Montenegro nor Slovenia progress to the tournament because England qualified in first place after a 1-0 win over Switzerland. They go to Estonia with; Spain, Serbia, Greece, Croatia, France and the hosts Estonia. With Portugal and Ukraine still to play each other, the winner of that match will also go to Estonia.

Although the football on show was poor at times, it was an enjoyable match with some occasional talent and fluid football on show.
My requirements for football have been thoroughly satisfied.