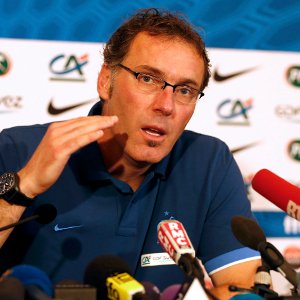 If Spain manage to defeat Laurent Blanc’s France this evening then it’s very hard to look beyond them in their bid to retain their European crown. Iniesta and Xavi have yet again been hard at work producing their normal magic, while del Bosque’s  back four have been seldom troubled in their efforts of containing any forwards that dare try their luck.

While Spain may have faced Italy, the rest of their Group C opposition fall well below the quality France possess. As you might know, I am a big fan of this French generation. There is so much potential in the pool of players Laurent Blanc has at his disposal and you can quote me on this – France have enough to win a major tournament in as short as 2-3 years. However, for me at least, this can only happen with Blanc at the helm which looks increasingly unlikely as Spurs engage in negotiations in their search to replace to Harry Redknapp.

There is little argument when I say Yohan Cabaye has been France’s stand-out performer of the tournament so far. As a Newcastle United fan it makes me proud to see one of our own taking the international stage by storm, but at the same time he has very much put himself in the shop window with recent performances.

Cabaye, will have the biggest task of his career so far when he comes up against Spain’s finest but alongside Diarra – del Bosque’s men might have a tough time of it. The work-rate of both Diarra and Cabaye will make it a difficult night for the worlds best midfield duo, you can be sure of that.

For one, I would love to see France beat Spain and throw Euro 2012 into a spin; it would be good for the game and offer encouragement to the other nations in the tournament. To knock the reigning champions out will require a masterclass from France, all over the pitch.
Their back four of Mexes, Rami, Clichy & possible Newcastle United future RB Mathieu Debuchy will have their work cut out. Luckily, both the full-backs have pace and shouldn’t have a problem both chasing the likes of Silva and offering an outlet going forward.

I’ve mentioned their midfield already – but Ribery and the expected Menez will need to race at their opposition from the start. Arbeloa isn’t the strongest link in the Spain team and can be exploited; something I’m sure Blanc will indeed highlight in preparation.

Up top Benzema and Nasri will need to operate as a unit. The worst thing that can happen from early on is to make Karim an isolated figure – Spain would love to cut off any supply to the Real Madrid man. If Nasri and his forward line are on their game, then there is certainly a couple of goals in it for them. Benzema is yet to break his duck at the tournament and there would be no better place to start than at the Quarter Final stage against some of his club mates.

Some people expect an easy stroll in the park for La Roja but with the right tactical approach and belief, France can knockout the trophy holders and in doing so; secure a semi-final against lesser opposition in Portugal. Allez Les Bleus!

Kevin Doocey is a freelance football writer. You can view his Newcastle United Blog or follow him on Twitter @KevinDoocey