This was a fixture that, from the outset, seemed destined to be overshadowed by events off the field rather than the actual football being played.

There was always bound to be a hostile reception for Glasgow-born Aiden McGeady and James McCarthy on their first visit to the city in the green of Ireland – though Scotland manager Gordon Strachan, to his credit, did his best to defuse the situation by calling for a ‘pantomime’ atmosphere.

McCarthy’s withdrawal owing to a persistent hamstring injury – the same injury that kept him out of the previous games with Gibraltar and Germany – has defused the situation somewhat, though McGeady is likely to receive a mixed reception at the stadium he elated for years with Celtic.

Wednesday night’s bizarre scenes whereupon a known associate of Jack Charlton managed to do himself a mischief, which required hospital treatment, while making some sort of elaborate protest against Roy Keane has added an uncalled-for element of the bizarre. 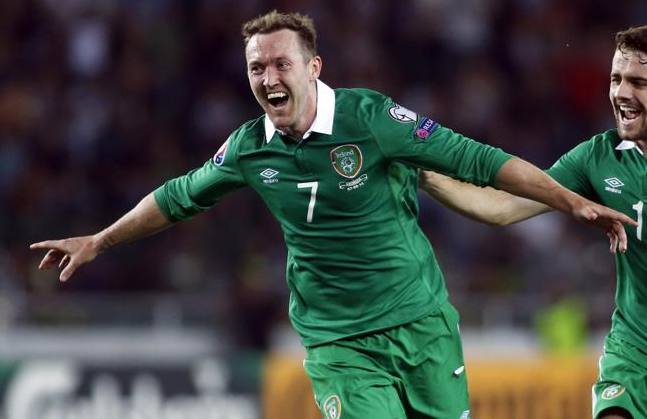 When the two teams take to the field at Celtic Park tonight, however, the interminable lead-up to this clash of Gaelic nations will finally give way to a 90-minute contest between what appear to be two more or less evenly-matched sides.

Further adding to the rich subtext is the fact both Martin O’Neill and Strachan have a great deal of history at the stadium – O’Neill won three league titles and reached a UEFA Cup final in his five seasons in charge of Celtic, while Strachan also won three and brought the club to the last 16 of the Champions League twice.

O’Neill remarked before the game that it will be a new experience for him to turn right, rather than left, into the away dressing room, while Strachan and the likes of captain Scott Brown and probable starter Charlie Mulgrew will be in more familiar surroundings in the home dressing room.

Strachan’s comments in the lead-up to the game that it would be a typically “British-style cup game” were taken with predictably grave offence by some Irish people, but his point was a valid one – all 22 players on Friday night ply their trade in the English and Scottish leagues, and that familiarity ensures the game will be somewhat different from the usual cagey international.

Games at this level tend to be slow-paced affairs from the beginning, as teams attempt to sound out unfamiliar opponents, but the majority of players on both sides will know one another from the Premier League and Championship.

Seamus Coleman and Darron Gibson, in his likely defensive midfield role, will be charged with keeping tabs on Everton team-mate Steven Naismith, while there could be as many as six Derby County players on the field at one time – though Jeff Hendrick and Richard Keogh are the most likely injury-enforced starters.

O’Neill will probably to set up his team in a similar fashion to how he approached the away draw in Gelsenkirchen, with defensive solidity paramount. Robbie Keane will start in the lone striker role alongside McGeady, James McClean and Jonathan Walters, with McGeady likely to reprise his role in the centre behind Keane.

There is more uncertainty further back the field owing to the injury withdrawals of McCarthy and Glenn Whelan, meaning an expanded role for Gibson and either Hendrick of Hull City’s Stephen Quinn alongside him, while Keogh and Ciarán Clark will vie for the central defensive slot alongside the increasingly influential John O’Shea.

Strachan will, in all probability, field a more settled line-up, with only right-back Alan Hutton unavailable from the side who earned a 2-2 draw in Poland. Norwich’s Steven Whittaker is likely to shift across to replace him, with Andrew Robertson likely to pip Mulgrew to the left-back position.

Similarly to Ireland, Scotland’s real quality lies in their attacking quartet. Naismith has been a revelation at Everton since Roberto Martinez converted him to a central attacking midfielder, Steven Fletcher has found goalscoring form with Sunderland at just the right time, while Ikechi Anya’s breakaway goal in Germany proved he has the quality to hurt any team in this group.

All of which makes the midfield battle all the more important on Friday night, and in Brown, Shaun Maloney and James Morrison Scotland have three ball-playing midfielders to cause Ireland real problems, which is why it’s imperative that McGeady drops deep to help Gibson and his midfield partner to aid in ball retention.

Scotland rightly enter the game as slight favourites – they’re the ‘home’ team and their form over the past 18 months eclipses that of Ireland in spite of O’Shea’s late equaliser in Gelsenkirchen – and the home crowd will expect them to take the game to Ireland.

O’Neill’s side, with four points from two difficult away fixtures to date, won’t have the same pressure on them to force the game, but the familiarity of the players and the potentially pivotal nature of the game may well count against accepted knowledge of how these encounters play out.

A draw for Ireland – by any means – will be seen as a good result by the manager, but with so little to choose between the teams on merit a first away win against a higher-ranked team since the same opposition in 1987 isn’t entirely out of the question.

There is a wealth of experience in this Ireland team the Scots cannot match, and Ireland strikers Keane, Shane Long and Walters boast an impressive 65, 11 and 5 goals between them, compared to a paltry 4 and 1 for Scotland’s named attackers Naismith and Fletcher. Keane’s total alone is more than double the entire Scotland squad’s tally of 29.

If Gibson, McGeady and one of Hendrick or Quinn can gel in midfield and dictate the tempo, they will create enough chances to win the game, and over the course of 90 minutes I would expect Ireland to have just about enough to inch a result by the odd goal in three. 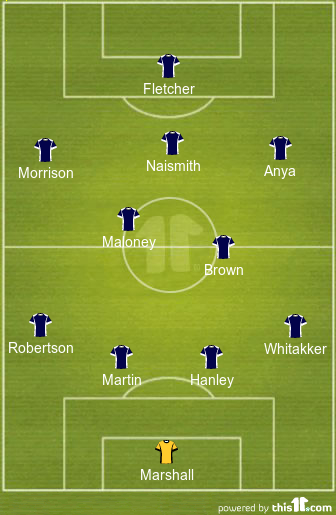 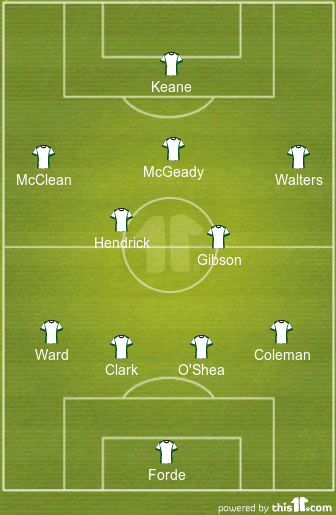