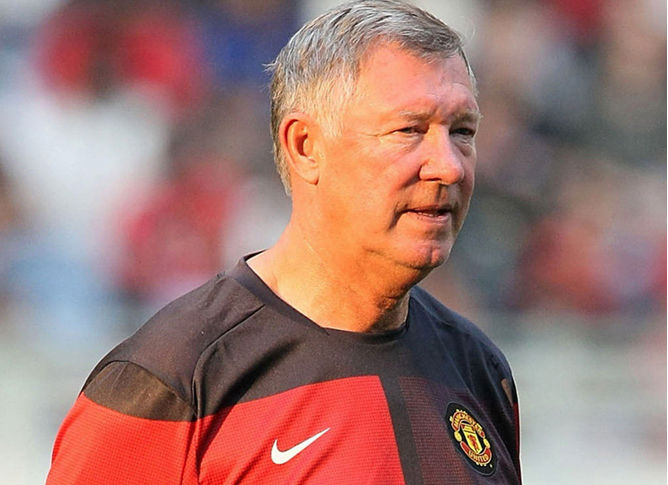 The surprising news of Sir Alex Ferguson’s retirement after twenty-six illustrious years at Manchester United will signal the end of an era, which can undoubtedly be defined as a success. To a generation, he will be missed as someone who was a constant and steady provider of trophies and medals. Elder observers, aware of English football pre-Ferguson, will say goodbye to a manager who not only restored a club back to its glory days but also managed to evolve and adapt to the changes in football in the last quarter of a century.

The announcement can now trigger all manner of discussions. What was his greatest achievement? Who would make his all-time XI, or who was his best (or worst) signing? Who will replace him and how can they? What will be his legacy?

It is easy to forget that Manchester United had not won the title since 1967, with the great Busby side which a year later won the European Cup, when Ferguson took the reins at Old Trafford. His achievement of breaking the Old Firm with Aberdeen put him in good stead for tackling the dominant Liverpool but success at United was far from instant.

Winning the championship in 1993 was an achievement that had been brewing slowly. Many observers view the 1990 FA Cup final triumph as a catalyst for success, with many citing Mark Robins’ third-round winner against Nottingham Forest as the goal that prevented Ferguson from being sacked, and it is clear that that first glimpse of silverware galvanised his squad, who would then add a European Cup Winners’ Cup and League Cup medal in the next two seasons. However, surrendering a lead in the league to Leeds United in 1992 suggested that the League was still out of reach. A season later, keeping faith with his squad whilst adding the poignant transfer of Eric Cantona, Ferguson was able to bounce back from this disappointment to clinch the inaugural Premier League crown.

Many fans would have settled for this, after such a long wait, but Ferguson’s key strength in his character is that his will to win never ceased. He was able to instil this culture into his United team who could combine this merciless and ruthless attitude alongside skill and flair. The capture of Roy Keane helped him to attain his, and United’s, first league and cup double in 1994. Ferguson’s ability to tweak, even if his team was near perfect, allowed him to continue to succeed.

Despite losing Eric Cantona in January 1995, United were a goal away from winning the title for a third year in a row at Upton Park. Ferguson, though made dramatic and shocking changes, sensing that he would have to shake-up his team and that, with his Youth Cup winning team of 1992, he had ready-made replacements. In today’s climate, it would be unheard of to sell vital top-class players in Paul Ince, Mark Hughes and Andrei Kanchelskis with unknown reserves, which justifies Alan Hansen’s much maligned “you’ll win nothing with kids” line.

With the returning Cantona as a model pro and talisman, the youngsters of Paul Scholes, Nicky Butt, the Nevilles, the already established Ryan Giggs, and David Beckham thrived, clinching United another double in 1996. Another league title came the year later, with Ferguson showcasing his first mind-games in the winding up of Newcastle United’s Kevin Keegan.

Hampered by the season-long injury of Keane and retirement of Cantona, United lost the league in 1998 to Ferguson’s first long-term rivals, Arsene Wenger’s Arsenal. Previously, United’s main opponents, such as Leeds, Blackburn Rovers and Newcastle, did not have the lasting power to be consistent rivals. Ferguson’s great success has been in fending off different opponents who at times threatened to cripple United’s dominance. From Arsenal’s ‘Invincibles’ to later financially-bolstered attempts by Chelsea and the ‘noisy neighbours’ Manchester City, Ferguson has somehow always maintained United’s form.

Achievements are dependent on context. From the relief of winning the first league to overtaking Liverpool with their nineteenth (and now twentieth) title, all achievements are dependent on the context at the time, but on paper, no achievement can possibly be greater than the 1999 Treble. United’s midfield of Giggs, Scholes, Keane and Beckham was the best in the world, whilst the partnership of Andy Cole and Dwight Yorke just seemed to click. The season was epitomised with late goals, a symbol that has been recurrent in Ferguson’s reign, from Steve Bruce’s against Sheffield Wednesday to Robin Van Persie against Manchester City. This has to be down to the motivational skills of Ferguson who saw his side continually come back from the dead in 1999. Ole Gunnar Solskjaer alone scored last minute winners against Liverpool and memorably Bayern Munich.

United had had a naïve approach to Europe. Burdened by the foreigner’s rule, the great 1994 team had been humiliated at times, most notably losing 4-0 to Barcelona, whilst, like in the league, United had slipped up in the final hurdles, such as a semi-final loss to Borussia Dortmund in 1997. United’s miraculous 2-1 victory over Bayern in 1999 had an air of magic and luck about it, and Ferguson’s men still looked unconvincing in Europe despite that triumph, comfortably being knocked out by Munich and then Real Madrid the following two seasons and then failing to get past Bayer Leverkusen in the 2002 semi-finals.

United’s failure to capitalise on their European success could have been down to how comfortably they were dominating the Premier League, with the club easing to two more league titles in a row in 2000 and 2001. Again, though Ferguson was not complacent, and he looked to strengthen his squad with the purchases of Ruud Van Nistelrooy and Juan Sebastien Veron. Whilst Van Nistelrooy was an instant hit, Veron was an ill-judged buy as he disrupted the shape of United’s perfect midfield. Another poor decision was to replace Jaap Stam with the slow veteran Lauren Blanc.

Yet despite the changes in personnel, the character of the team remained, proven by overtaking Arsenal to win the league in 2003, and winning what would be his last FA Cup against Millwall in 2004. Roman Abramovic’s era had begun, coinciding with Malcolm Glazer’s takeover of United plunging the club in to huge debt and escalating the difficulty of Ferguson’s tasks.

By 2005, United were a team in transition. Fall-outs had seen Beckham, Keane and Van Nistelrooy all leave, and some of the new signings, such as Eric Djemba-Djemba, Kleberson, Liam Miller and David Bellion, would turn out to be some of his worst of all time. Yet once again Ferguson turned to youth, this time buying it rather than taking from the academy. He built a team around the hugely promising Cristiano Ronaldo and Wayne Rooney.

Alongside the astute signings of Edwin Van Der Sar, Nemanja Vidic, Patrice Evra and Michael Carrick, as-well as well-preserved veterans Giggs, Scholes and Gary Neville, United played some scintillating football spearheaded by Ronaldo and Rooney. The won the title in 2007, 2008 and 2009 and were able to smoothly transfer this great form to Europe, beating Chelsea in 2008 and being unlucky to meet the great Barcelona side in two other finals.

Again, though, Ferguson’s quality was tested by the £80 million departure of Cristiano Ronaldo to Real Madrid. Certainly culpable for allowing the Glazer’s to buy the club, (his fall out with JP McManus and John Magnier over Rock of Gibraltar leading to the major shareholders selling their assets), one of Ferguson’s great successes has been dealing with the paltry budget given to him by his owners in comparison to the bottomless pits of money that Chelsea and Manchester City have enjoyed. In his twenty-six years, Ferguson has spent less than City have in the last five, and replacing Ronaldo with Antonio Valencia, Gabriel Obertan and Michael Owen proved this lack of finances.

It would be foolish to suggest, however that Ferguson has not spent big on occasions, such as with the purchase of Dimitar Berbatov. Like Veron, Berbatov was an unnecessary signing that altered the dynamics of the team. Though he had won the league with them in 2009, Berbatov was powerless to prevent Chelsea from capturing the title a year later. He did have a successful 2011 but his omission from the Champions League final squad proved how his significance on the team was minimal. 2011’s league success was founded on the solid partnership of Rio Ferdinand and Vidic, guarded by Van Der Sar, and would see United eclipse Liverpool’s record for most league titles.

Despite the crippling blow of losing the title to Manchester City so cruelly on the last day of the 2012 season, Ferguson can leave United after immediately recovering to complete their twentieth title, his thirteenth. Arguably, there have been some recent cracks emerging tactically, such as the decision to let Paul Pogba leave despite United still needing a top-quality midfielder, but it was clear that the title-winning team won the championship through his motivation just as much as through their quality as a squad, which looks weaker on paper than Manchester City amongst others. Though Robin Van Persie’s signing gave United more class and quality, the success was more through a formulaic will to win that Ferguson had instilled on his squad. He leaves United in a good place but his squad is not as strong as the many great teams he has had in the past.

It is the correct decision for Ferguson to retire now. He ends at the top with a twentieth title secured, a young squad and with his health. It seems certain that David Moyes will be Ferguson’s replacement, despite no experience of managing in Europe, handling star names or, most crucially, winning trophies. Could the ‘special one’ Jose Mourinho, who has those qualities, be able to succeed for the long-term and on a budget? The fact of the matter is that no manager is perfect; the job is a poisoned chalice. Though this will be a worry for United fans, Ferguson’s departure should not be a time to mourn but instead a time to be grateful of an incredible twenty-six years.

One thought on “Ferguson retires where he should, perched at the top”