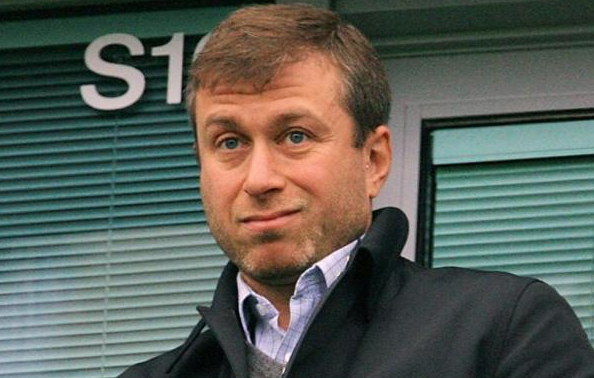 With most, if not all, of the attention being focused on the stands at Stamford Bridge on Saturday, do not be surprised to see Sky use Monday Night Football to analyse the fallout from “Rafa’s Rant 2.0” using state of the art decibel meters. But while the sight of Ed Chamberlain and G Nev using all their technical wizardry to inform us that yes, in fact, Chelsea fans do loathe Benitez might be vaguely amusing, there is a much more serious point in the whole issue.

Chelsea fans have attempted to justify the campaign of hate against their current manager with a number of different reasons, which have shifted, twisted and become more delusional as his tenure has continued. The quotes whilst Benitez was Liverpool manager were certainly embarrassing, childish and meant that his initial reception was going to be hostile. However over the last few months, arguments such as he is tactically clueless, every trophy he has won was gained through sheer luck (including two La Ligas, one Champions League and one FA Cup), and he is doing just as badly as AVB, have been utilised to justify the incessant barrage of spite flung at the Spaniard. Without wishing to deconstruct the arguments in detail; the man clearly has some level of expertise to win nine major trophies and compete at the highest level. My personal favourite argument is the Villas-Boas defence….who since his unbelievably premature removal from Chelsea has gone to Spurs and sits happily on an 11 match unbeaten run and one place above the Blues.

Amongst onlooking football fans from across the country there is a sense of bewilderment about the situation in West London. Like a domestic argument in public, it makes you feel uncomfortable and nervy, yet you can’t help watching and wondering why people are acting so irrationally. Much like a messy divorce, the father cannot understand why his son treats his new girlfriend so badly, the son cannot understand what this woman is doing in his house and the new girlfriend tries to get on with life in the face of a hostile member of the household. The issue is never really with the new girlfriend but with the fact that a happy home has been broken up and a once happy relationship has ended. Excusing the appalling layman psychology and clumsiness of the metaphor but Chelsea can be viewed in this light.

Whilst Abramovich continues to act more like a tin pot African dictator, firing his lieutenants left, right and centre, than an esteemed business man with a billion pound fortune, the fans search for a scapegoat for the shambolic nature that their outfit have become. Instead of looking in the most obvious place, they have turned on the new man. Much like every other pundit, newspaper, blog and pub argument in the last week, I hear you cry “But Abramovich has put in millions and delivered success beyond their wildest dreams.” True. Many so called pundits and journalists have utilised this in the last few days, BBC Sport even prefixing an article on their website with the following: “Abramovich provides the millions to win the trophies, as he has done very successfully, and Chelsea fans must accept how he runs the club whether they like it or not.”

When did an owner become unaccountable due to the depths of his pockets? The Chelsea fans were Chelsea fans long before Abramovich turned up and they will be Chelsea fans long after he has gone. Does this mean that for the entirety of Abramovich’s reign he is off limits, or is it just while he funds a £50 million spree every summer, or is it whilst they continue to win trophies?

Or is it always in the common good for fans to analyse, question and debate their owner about the running of the club. Again, the argument crops up that this may scare wealthy foreign owners away. Well, good! If they do not want to be accountable then the negatives and potential dangers of them running the club far outweigh the benefits of any short term success. Just ask fans of many clubs around the country who have felt the sometimes irreparable damage of despotic owners who promised heaven and delivered hell. A quick scan of recent lower league history will provide you with many fine examples of fans selling their clubs soul to the devil.

This brings me to the crux of my argument. Whilst it appears I have singled out Chelsea fans for some harsh treatment, they are by no means unique or exceptional in their views. I am in no way going to attempt to explain or give my personal opinion about where the current state of the average fan’s mind comes from; you can select any from it has always been like this, the inception of the Premier League, the incessant and vile sporting tabloid press that developed through the 80s, or even as I have seen before, it is the result of Thatcher’s Britain. Putting this to one side, it appears that the average fan, and this includes lower league and non-league fans, have a mentality of win at all costs. This includes an abandoning of financial implications and potential pitfalls in the future. Whilst we may have come to expect this thinking from “get rich quick, become an adored hero by winning a cup” style Chairman, it is the fans privilege nee obligation to ensure that reason is heard and owners cannot run their clubs into the ground in search of a short term high. Much like a payday loan, the attraction of something shiny proves too tempting and reason, logic and thought are abandoned leaving messy financial situations in its wake.

Yet the crowing from certain football fans and journalists for greater fan ownership because they know best continues. We are told that the games ills could be eradicated if fans have a seat on the board and are able to influence decision making at the top level. The truth of the matter, in my opinion, is that this is just a pipe dream, a utopian vision of economically smart football fans who see their clubs as an extension of their local community and not an international cash cow. Unfortunately, this vision is just not true anymore.

Fans nowadays demand more money, higher wages and bigger names even if it means putting the club onto the path of financial ruin. If English football fans were truly ready to get involved in ownership of their clubs as seen on a scale like in Germany, decisions that are financially risky would be questioned before they happen, not after they go wrong. Delve into the lower leagues and you see fans clamouring for their owners to buy a new player and damn the consequences, because they want a shot at the big time. As someone who has seen his club chase the dream, fail and disappear from existence, perhaps my views and emotions are too raw on the subject. Not every club ends up on the scrapheap.

Yet the ideal should not be for fan ownership per se, it should be to have supporters groups and fans that are smart and logical, that realise that having an even balance sheet and a club with community involvement is more important than playing against other European clubs midweek, or playing against Manchester United in the league for a season.

As the events at Chelsea in the last few months and elsewhere in the past decade have shown, English football and its fans are more than willing to forego this step. The power is there, the organisations are in place, it just requires the fans to be brave enough to step up and question the culture that pervades and blights English football. As it stands however, forget cheaper ticket prices, standing on terraces at games or having voting power to choose your board. We have exactly the type of owners we deserve.