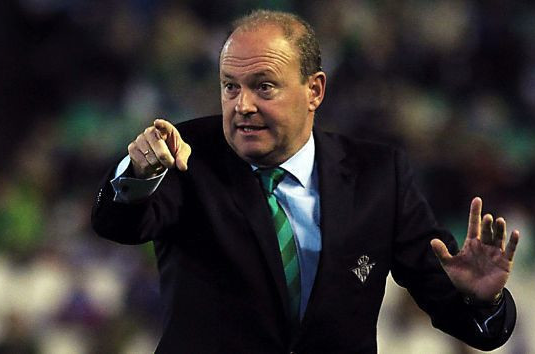 Pepe Mel likes a thriller with a bit of mystery. In fact, he’s even had a few published and well-received in his native Spain. And given his interest in the genre, he’d surely be interested in finding out who was behind the mysterious decision that saw West Brom sell Shane Long just days after the Spaniard arrived at the club, depriving it of one of  its best striking options.

With the club already struggling to stay in the Premier League, selling one of its more likely routes to goal seemed a touch perverse, especially without seeking to replace him. Mel would have been entitled to scratch his head on that one, the more so because the Irishman’s exit meant that added to the previous departures of Romelu Lukaku and Peter Odemwinge, the club had lost their three top scorers from last season.

Saturday’s heavy defeat at home to Manchester United was the seventh game since Mel took over – and his seventh without a win. And whilst there have been some creditable displays and results in that time – notably home draws against Everton, Liverpool and Chelsea – there have been damaging defeats to fellow strugglers Aston Villa and Crystal Palace, and perhaps worst of all, a home draw with hapless Fulham. In Mel’s defence, the results are something of a continuation of the form that saw Steve Clarke sacked in December (the Baggies have won just once in their last 19 fixtures and 4 games in total), but the Spaniard’s inability to arrest the club’s slide deeper into the mire has placed a large question mark over his own position.

And the rumblings of discontent amongst the players are certainly not helping Mel. In attempting to revive his side, he has encouraged his charges to be more positive, hold a higher line, play at a higher tempo and press higher up the pitch. But his approach is at odds with a side that owes its place in the top division to lying deep and playing on the break. Word has it the players are uncomfortable with this change of tack – particularly influential centre halves Gareth McAuley and Jonas Olsson, who fear their lack of pace is being exposed. The players should probably have a little more belief in their ability, but a manager who fails to get his players buy into his methods is on a hiding to nothing.

On Saturday, West Brom did not play especially badly – they kept the ball quite well, created decent openings and can feel aggrieved that United were not down to ten men just before Rooney ended the game as a contest. But in the end, West Brom’s failure to convert any of their chances meant they could never seriously test visitors who have shown themselves to be so brittle this season. Shane Long may not have made any difference, but his sale is symbolic of the club’s failure to replace quality striking talent like him effectively – failure that scuppered Steve Clarke’s hopes this season and way well doom Pepe Mel to a similar fate.