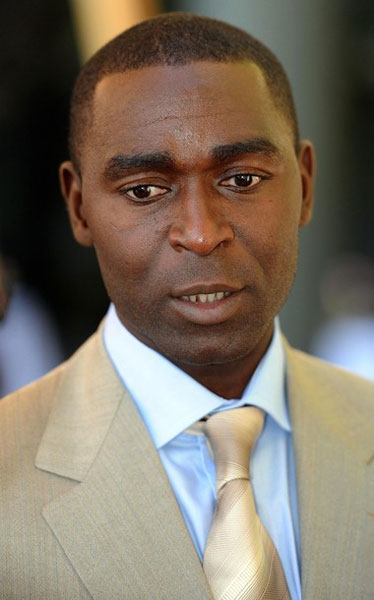 He also possesses five Premier League Championship medals and stands as the second-highest goalscorer in the history of the elite division. After a record British transfer fee, a then-staggering £7m, was paid to Newcastle by Manchester United, Cole dined, for seven years, at the top table of the world game.

He began his coaching career, without a contract, in League One.

In August 2009, almost a year after his playing career ended, aspiring coach Cole was hired on a temporary basis, as a favour, by his close friend Paul Ince. Before long, with no permanent deal in sight, Cole left Ince’s MK Dons to seek better opportunities elsewhere.

He received an offer from another ex-teammate, Lee Clark, to work with Huddersfield Town’s strikers, in a casual two-days-a-week arrangement. The surroundings were immediately familiar to Cole, with various members of Clark’s staff, not least assistant Terry McDermott, sharing his Newcastle links.

Speaking to The Huddersfield Daily Examiner, at the time of the arrangement, a delighted Clark spoke of the promise of the deal – “Coley was one of the best in the business, as a player, and I’m certain my lads will benefit from his input”.

During his successful time as a player, some sections of the media painted Cole as aloof, un-cooperative character. However, on signing with Huddersfield, it became apparent that Cole was anything but self-centred.

In conversation with The Daily Mail, in October of 2009, Cole made it clear, of his early days at Huddersfield, “I’m there to help and develop them [the strikers]. It’s not about me”. He quickly earned a reputation, within the Huddersfield camp, as an engaging and personable individual.“I love it there”, the former England international told the paper. The place was beginning to feel like home.

One of the many enamoured members of the Huddersfield family, was teenage striker Jordan Rhodes. Rhodes had been signed from Ipswich, after failing to make the grade at Portman Road, in the summer of 2009.

In his interview with The Daily Mail, Cole identified the unfancied Rhodes’ thirst for knowledge stating that “Everything you tell him goes in. He’s like a sponge.”.

The absorbant Rhodes would be the recipient of straight-forward, practical advice from Cole, a man who is no stranger to the unnecessarily-high levels of mental pressure that can often be placed upon a young striker. Now learning to trust his instincts, Rhodes immediately began to improve. An untapped well of potential had been discovered.

Two years on, from his first interactions with Cole, and Jordan Rhodes is now a wanted man. Courted by top-tier clubs in both England and Scotland, the now-21-year-old has netted 48 goals in 97 appearances, for the Huddersfield first team. That number includes an unprecedented 13, in his first 12 games of the 2011/12 season. Six of those goals came in back-to-back hat-tricks, against Exeter City and Preston North End, in the month of October.

At the time of writing, the unfashionable Terriers find themselves sitting pretty in 3rd place in the League One table, surrounded by the big names of the division. After stringing together a 43-match unbeaten run, in no small part due to the goals of Rhodes, manager Lee Clark was recently considered, by bookmakers, to be amongst the favourites to fill the vacant Sunderland, Premier League, job.

On the other hand, Rhodes’ mentor Cole, the inspirational catalyst that kick-started a spluttering career, has long since faded away. Huddersfield decided that they couldn’t afford to pay him to coach, on a permanent basis. Cole, who doesn’t blame his friend Clark, claims that the club’s higher-ups never asked about his wage demands, to turn them down, in the first place. 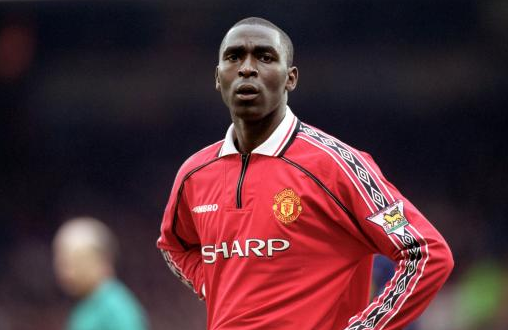 Since leaving the Galpharm Stadium club, late last year, employment opportunities have been almost non-existant, for the UEFA B license undergraduate.

Keeping himself active, whilst studying for his badges, Cole has spent time back at his old club, Manchester United. After meeting Sir Alex Ferguson at a charity golf event, he was given the opportunity to gain experience at the club’s Carrington training ground, on an informal basis.

There is perhaps no better place to learn than under the wing of Ferguson, a man who’s patronage has spawned an entire generation of football managers, including but not limited to Messrs. Hughes, Bruce, Robson, Ince, Solskjaer, Keane, Berg, Queiroz, Kidd, McLeish, McLaren, Strachan, Willie Miller and, of course, the son of the great Scot, Darren Ferguson.

Irrespective of this rich lineage, the job offers still don’t come for Cole.

“The facts speak for themselves” said the 40-year-old, in a September 2011 Daily Mirror interview, referring to the worrying statistic that, although more than 20% of professional players, in England are black, only two of the ninety-two league clubs currently employ managers of an ethnic minority background.

Despite the support of his friends, the success of his protege and the endorsement of Sir Alex Ferguson, Cole has drifted into limbo, doubting that there will ever be an opportunity for him to find meaningful work, in the game that he mastered.

“A hell of a lot of black players feel the same” believes a disenchanted Cole.

One of the most decorated figures, in English football history, has begun to wonder if there’s any point in pursuing his managerial aspirations.