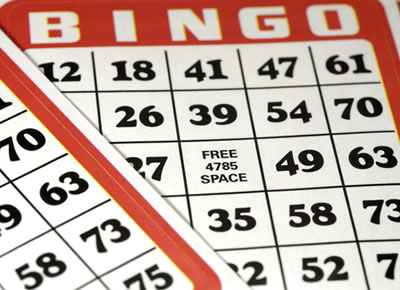 So the football has been played and the manager positions filled. However, with around two months still to fill before the new season gets underway is there anything else to do to keep you entertained? Don’t fear – 2013/14 pre-season bingo is here. Have a read below of a carefully considered selection of upcoming pre-season staples, pick your preferred three and mark them off as they appear in the press in the coming weeks. First person to match three on their card shout ‘House!’ and I will be around to deliver your prize. In person! Make your choices carefully…

Faced with a football break of around three months, ‘club insiders’ nationwide find themselves in a bit of a quandary at this time of the year. Usually on hand to report the precise moment that an under pressure manager has ‘lost the dressing room’ (have you tried under the couch?) or reveal that a dressing room is split ‘decisively’ (as opposed to ‘indecisively’ whereby players, in their underwear, hop over a chalk line drawn by one of the main protagonists) these club insiders find themselves with little to report in the absence of any players or management actually present at their club. Luckily, this all changes come the opening of the transfer window when their word becomes gospel on all incoming and outgoing players. Except their word isn’t actually reported because rather than providing a direct quote they all get together, masked and anonymous,  and sit down a journalist feeding him information in the form of crossword clues – “Five across, six letters, may fancy a move to Manchester. Four down, unsettled, foreign, bumper new contract.” This results in an article of barely two paragraphs that chiefly uses the words ‘may,’ ‘should’ and ‘could’ which worries fans worldwide when picked up by the hugely popular www.100percentaccuratetransfers.websitetemplate.com – so renowned for their past ‘scoops’ that they can’t even afford a real domain address. Alternatively, Alan Nixon runs it as an exclusive in his ‘Mirror’ article which manages to leave you less informed than when you started reading.

The holy grail of transfers and reserved exclusively for ‘Football Manager’ – the swap deal (also see: cash plus player).  Strangely, clubs are often not attracted to the prospect of selling a star striker for less than his value in exchange for an unwanted striker from another club and subsequently these deals never happen. The stories run however because, strangely, they’re completely captivating. Maybe because the deal conjures up an image similar to that of a ransom scenario, whereby the club offering ‘the swap’ are advised to leave the mooted player and a bag of used ‘bills’ under a nearby tree. The selling club then have a crack team on hand to swoop in and grab the player and money before the player runs off in an elaborate sting. Usually reported by Alan Nixon in an exclusive for ‘The Mirror.’ For added fun, imagine the whole thing played out by Jerry and George from ‘Seinfeld’ substituting ‘the switch’ for ‘the swap’:

“Well, if I hear you correctly–and I think that I do–my advice to you is to finish your meal, pay your check, leave here, and never mention this to anyone again.”

“The cash plus player swap?”

“The cash plus player swap.”

A newspaper creating a transfer saga

Perhaps the single most infuriating of all summer traditions. A journalist or newspaper (let’s just pluck out two random names – Alan Nixon and The Mirror, for example) exclusively reveal (through a club insider no less) that a player is about to join a new club. For maximum effect this is usually a newly capped international that needs to move to ‘further his international ambitions’ by joining a ‘bigger club.’ After the initial exclusive, the story is ran and ran for months – each month bringing no new evidence. During this time the transfer takes on many different forms – becoming the Clayface of football journalism. It starts with a ludicrously low valuation. Then becomes a ‘cash plus player’ deal (‘can’t be done!). After a while, the player reveals to ‘close friends’ he feels he needs to move. His manager then ‘reveals’ (though seemingly through the medium of dance or mime because, again, no quotes are forthcoming) he privately fears he cannot hold on to the player before the interested club ‘ramps up their interest,’ although not to the point of actually making a bid. Or comment. Eventually, the transfer happens – sometimes within three years of the first exclusive, after which the newspaper modestly prints a shot of the original story with a ‘FIRST ON THE SCENE’ caption, unashamed that their work is no improvement on Nostradamus once revealing (to a close friend) that ‘sometime in the next thousand years a pink animal will grunt. Then become breakfast in a big shop, undercooked.’

First mention of the upcoming season promising to be ‘the most explosive yet!

Yep, that pesky season is at it again – promising all sorts. This year look out for it being ‘action packed,’ ‘full of thrills,’ ‘the most wide open yet,’ involving ‘more main players than ever before.’ Special bonus points for each expert who tips Tottenham for ‘one of the cups’ (neck well and truly on the line) and decrees this as finally being Liverpool’s year.

In which a long term injury absentee is revealed to have ‘come in early raring to go,’ your manager has enjoyed ‘the club’s best trip overseas yet’ and a new signing cannot wait to ‘shoot you into Europe.’ Closely followed by an update on your raring to go comeback king breaking down in training, a club insider revealing a decisive split on your manager’s new methods and your new signing finding it ‘hard to settle.’

A smarmy moan about all things pre-season