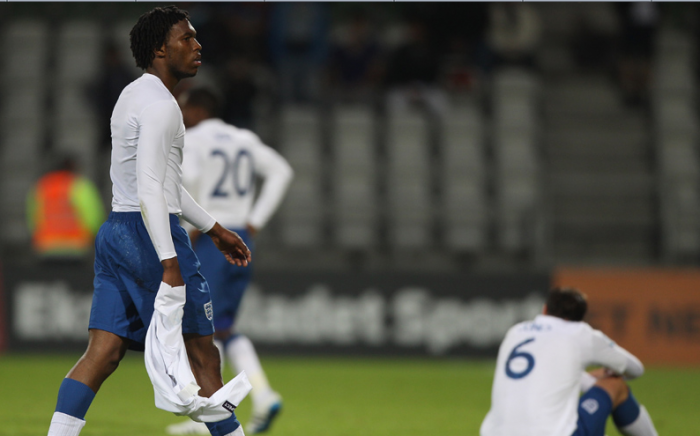 There was a point last season when I thought that English football just wasn’t what it used to be – a mean feat for an 18 year-old United fan who had grown up with the Golden Generation of 1994. Nothing showed any class, or oozed pure technical wonderment. It all just ended in Route One smash and grab. And it certainly wasn’t pretty.

It says a lot when even Fabio Capello, master of the beautiful game at certain points in his career, has to adapt his tactical mind to play football in this way on an international scale. There was no one-touch passing like Spain, or tricky skills from the likes of Argentina and Holland – just hoof and hope. Leave Peter Crouch up top, drop the best ladders of the ball deep in midfield, play Rooney to run around like a headless chicken, and go mental.

But then we saw a different season – it changed for me after Rooney’s scissored wonder goal in the Manchester derby at Old Trafford. From that point on, everyone tried to better the skills displayed in that manoeuvre. Everything just clicked, and England internationals, and aspiring national team players, were inspired to actually pass and play, rather than lamp the ball up field and chase onto it.

(To be fair, that was probably just me – knowing me and my eyesight, everyone had been playing well all season…)

The likes of Ashley Young and Stewart Downing at Aston Villa showed the raw pace and skill that we’d known to love about them, and began to do it regularly, rather than on rare occurrences. Their seasons became quite so good that they raked in £35m for their club in the summer, joining Manchester United and Liverpool respectively.

We saw Daniel Sturridge keep getting better and better with first-team football at Bolton, scoring eight goals in 12 appearances for the club. Linking up well with his new team-mates, he found himself spearheading Bolton’s attack on the top of the table, before their inevitable crumble toward the end.

Danny Welbeck had a great start to the season, with his form on loan at Sunderland causing many pundits and journalists to call for a main England call-up. Major injuries throughout the season limited his goal-scoring tally, but his 26 appearances did little to keep him under the radar.

The likes of Jordan Henderson and Phil Jones also had massive seasons for their clubs. Henderson, at Sunderland, showed power and awareness, with a killer attacking instinct that led to plenty of goals. His form led to recognition by FIFA, listing him as one of ’13 Young Players To Watch In 2011.’ This form led to his big-money £20m move to Liverpool in the summer.

Jones, on the other hand, had a monster season at the heart of the Blackburn Rovers defence. His partnership with Chris Samba, albeit a little shaky at times, was strong, willing to run with the ball, and also ready to pummel any attacker within a 10-mile radius. He was what one would describe as a nutjob – completely mad, but so driven by football that everything fitted into place. He was also rewarded with an England call-up, and then moved to Manchester United in the summer. Since his move, he’s been a monumental success, and everyone at Old Trafford hopes his momentum keeps on rolling.

So what names have we got to look out for this season? Well, watch Chris Smalling and Marc Albrighton’s careers keep getting better, and better, and better. Both impressed last season, and so far on this season’s form, we can expect more of the same. Tom Cleverley’s loan spell last season at Wigan proved he is already a top-quality player, and almost certainly on a shortlist for Euro 2012 at the end of the season. Henri Lansbury, on loan at West Ham from Arsenal, could be a big name by May, likewise Alex Oxlade-Chamberlain, who has stayed at the Emirates and looks likely to gain plenty of first-team action.

Likewise, the old guard of England’s team will very slowly be phased out. Soon gone will be the defensive partnership of Rio Ferdinand and John Terry, the midfield of Steven Gerrard and Frank Lampard, and plenty of others will be joining that list soon too.

The ‘old timers’ of Jack Wilshere, Gary Cahill, Joe Hart, Theo Walcott and Gabriel Agbonlahor will all be seen on the plane next summer. Between the five of them, Cahill is the oldest, at 26 in December. The youthful spirit within the England set-up at this point in time looks to be one that will continue for a while.

The last few years have not been ones to remember for England fans. Well, the last 45 years, if you’re going to be pedantic. But 2012 could certainly be interesting. There’s an excitement around English youth that there hasn’t been for a very long time, and that can only be a good thing.

Capello will be taking a young squad to Poland and Ukraine in the summer, that’s for sure. There’s far too much world-class youth in this country for him not to.