As England go into their final group game against Slovenia needing a win to guarantee an extended stay in the tournament, Mark Jepson is optimistic about his side’s chances. 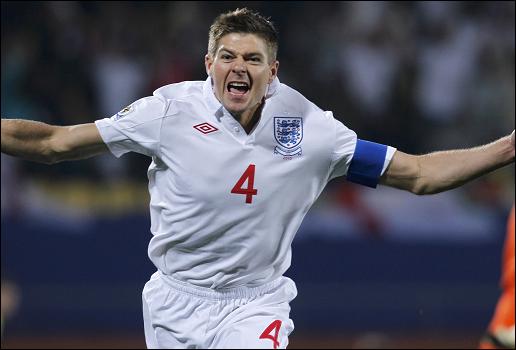 Having watched Portugal dispose of North Korea by seven goals to nil, the World Cup has definitely come to life. This brings optimism to even us England fans! After a disappointing start to the tournament, we have the chance to put things right in our 3 o’clock kick off on Wednesday against Slovenia.

Now, if you have been following me on Twitter you will have realised that I am an optimist when it comes to England. Whilst I do not, and did not prior to the World Cup, believe that England will win the World Cup, the post-match negativity from some fans is depressing to say the least. One can only imagine what the reaction would have been like if we had lost to either the USA or Algeria. I, like most, expected England to beat Algeria yet I thought the draw against the USA (who are only six FIFA world ranking places behind us) was not as catastrophic as some have declared it to be. This is where we could learn some lessons from Scotland, Wales and Northern Ireland inasmuch as they realise that they will not and cannot win every match, yet they support their team win, lose or draw. I do not say that disrespectfully to supporters of these nations; it is a trait I admire hugely. I see booing as counter-productive and believe our role as ‘supporters’ of the national team is to ‘support’. This said I have not travelled to South Africa and have therefore not spent the vast amounts of money that some have to see England play. Perhaps they have a right to boo as is being suggested. Everybody is entitled to an opinion and that is what makes football so special. I wouldn’t say it is wrong to boo or jeer, but I fail to see how it provides the confidence boost that team so obviously requires. Was Wayne Rooney wrong to blast fans for booing immediately after the game? Yes. Yet he had a point. A man I have a huge amount of respect for as a writer is Paul Grech. For me, he summed up the booing perfectly after the game when he tweeted: “Remind me, is it England till I die or England till the team plays badly, at which point I boo the players? Always get confused.” With that in mind, let’s get behind the team on Wednesday.

Looking forward to Wednesday, reports are surfacing that Matthew Upson is set to deputise for the injured Ledley King and suspended Jamie Carragher to partner John Terry at the heart of England’s defence. There is also reason to believe that three or four other changes may be made to the starting eleven. I do not think we’ll see four changes but I can see one or two and perhaps a change of shape. The 4-4-2 deployed by Fabio Capello in the opening two group games appears to be dated somewhat. Maybe Capello will opt to play 4-5-1 with Rooney leading the line. After initially experimenting with this formation early in his reign, it appeared that he was not convinced that Rooney could lead the line successfully on his own. After an outstanding season playing in that role for Manchester United, maybe it is time to give it one more try. New formations can take time to gel but perhaps it is the kind of risk we must take. Having lacked creativity so far in the tournament, perhaps now is also the time to recall Joe Cole to the starting eleven as he is one of only two or three players in the squad who can make something out of nothing.

Finally, as mentioned above, I am an eternal optimist. Slovenia have proved that they are tougher to beat than most, myself included, expected. They are at the World Cup on merit after qualifying from a tough qualifying group that included the Czech Republic, Northern Ireland and Poland before defeating Russia in the play-off. This said, England have to beat them and I expect them to although I think it will be a narrow victory. If I had to make a prediction, I would say 2-1.

Seeing as we are on the topic of predictions, let’s have a go at predicting the team too.