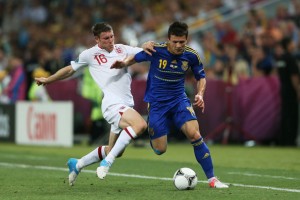 On Wednesday, an article was published on News Thump with the headline “England mobilise search and rescue team to find James Milner”, which you can read here if you wish. Essentially, this satirical article suggests that James Milner, who has started all three of England’s games so far in Euro 2012, has gone missing and not made any telling contributions to the team’s campaign so far.

In some ways, this is true. Steven Gerrard has provided assists for three out of the five goals England have scored in the tournament so far, and Theo Walcott has looked lively on the right side of the midfield as Miner’s replacement. Indeed, England looked an almost entirely different proposition in their second game against Sweden, with Walcott’s impact being almost instant thanks to his spectacular equaliser and then setting up Danny Welbeck’s winner.

Meanwhile, Milner’s passing and crossing have not quite been at the high standard he reaches regularly for Manchester City in the Premier League, with right back Glen Johnson instead earning plaudits for the standard of his attacking play as well as the improvement in his defensive capabilities, proving those naysayers wrong who saw the Liverpool man as being inferior in his position to both Micah Richards of Manchester City and Kyle Walker of Tottenham.

Thanks to their fortunate 1-0 win over co-hosts Ukraine last night, England face the prospect of a quarter final clash with Italy, who finished second in Group C behind current world and European champions Spain. And, almost as soon as England secured the top spot in Group D and their own safe passage to the knockout stage, pundits have been calling for changes in England’s team, particularly the removal of Milner and his replacement with either Walcott or Alex Oxlade-Chamberlain, two exciting youngsters with pace who have shown flashes of their promise so far in the tournament.

However, replacing Milner on the right-hand side could be perhaps the biggest mistake manager Roy Hodgson could make, and that is not to be critical of the abilities of those players who could be selected instead of him.

Against Italy, England will face a team that will be much more capable of attacking down either flank, and as such we will need players like Milner, who will work hard defensively and provide support to their defenders, to hopefully ensure we do not concede any goals. While Johnson has been much-improved on the right side of England’s defence, replacing Milner means we lose his defensive capabilities, and could leave the Liverpool man hopelessly exposed against such players as Andrea Pirlo, who dictates the game from the heart of the Italian midfield and can be key in helping to expose any shortcomings in England’s defence.

England need Milner’s industry, his hard work, and the reinforcement he provides when we are defending, which we will undoubtedly need against an Italian side that specialises in 1-1 draws, so clearly has very few problems in both creating and then taking chances in front of goal. If a player was selected on the right who could provide extra pace or passing ability as opposed to a solid defensive game, England could suffer greatly.

James Milner is not a star footballer, and nor would he wish to be. Instead, he works hard for his team and takes his defensive work seriously, allowing the attacking talents of Ashley Young, Steven Gerrard and Wayne Rooney to flourish, knowing that they will have the likes of Milner and Scott Parker behind them to help out their defenders where necessary. Without Milner, this England team will not function effectively when defending, and will suffer at the hands of the Italians.

One thought on “Euro 2012: The importance of Milner”