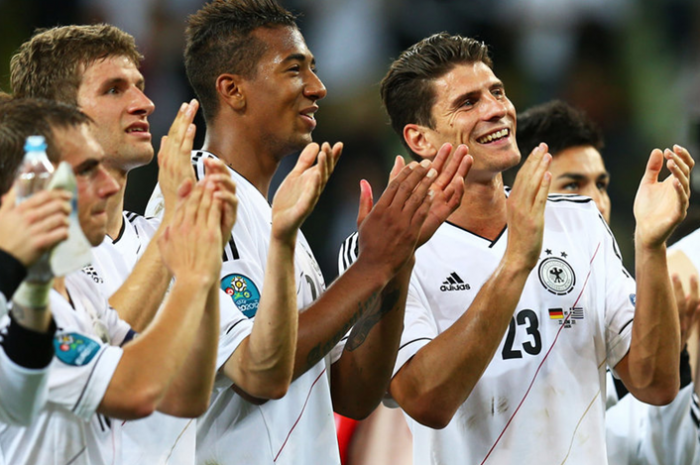 It’s been a long time coming, but Germany is ready to rule the footballing world once again.

Their performances at Euro 2012 have wowed everyone, much like those at the World Cup two years ago.

Then, they reached the semi finals and lost to Spain. Now, they have a semi final against Italy. Win or lose, the future of German football is increasingly bright. And it all started 12 years ago.

Following a disastrous Euro 2000 campaign, coupled with clubs in financial meltdown and an increase in foreign imports, it was commissioned for 121 national talent centres, for players aged 10-17, to be built throughout Germany, while every club in the top two divisions had to have a youth academy.

There are training sessions where youngsters are trained in the style of the national team. Over 50% of Bundesliga players have been trained at academies in Germany, with around one fifth of those currently playing for the club they broke through at.

The results are as clear as a summer’s day in Berlin: in recent years they’ve won the U17, U19 and U21 European Championships. They reached the final of Euro 2008, and have continued to both progress and impress since.

Of this current crop, only Miroslav Klose, at 34, can be expected to be missing come Brazil 2014. Bastian Schweinsteiger, Philipp Lahm and Lukas Podolski, who currently have an astonishing 284 caps between them, will still only be aged 29, 30 and 29 respectively.

While Lahm can almost certainly expect to keep his place, those of Schweinsteiger and Podolski are slightly less sure. The former has had his share of injury worries, yet has shook them off to star at these European Championships.

There exist, though, ready made replacements in the form of club teammate Toni Kroos, who stepped up to the plate for Bayern when Schweinsteiger was injured, and Borussia Dortmund’s Ilkay Gundogan, who is also a part of this current Euros squad, and a Bundesliga title winner to boot.

Podolski has already lost his place, temporarily at least, to Leverkusen’s Andre Schurrle. While he didn’t impress as much as others in the 4-2 win over Greece, he has been earmarked for that spot on the left of the three behind the striker.

Mario Gotze is regarded as one of the hottest properties in world football, yet hasn’t had much of an opportunity to make his impact here. In 2014, he’ll be 22, and possibly ready to explode onto the world stage.

His Dortmund teammate-to-be Marco Reus has made more of an impact, with a goal and a generally impressive performance against Greece. There’s a very good chance he will keep his place ahead of Thomas Muller, who hasn’t quite replicated the form he showed in South Africa. It’s worth noting, though, that they are only 23 and 22 respectively.

There’s also Julian Draxler, who is deserving of a mention despite not making the 23-man squad. Only 18 years old, the Schalke attacker could well find himself in a similar position to the one Gotze is currently in come the next World Cup.

At the back, Mats Hummels has burst into the consciousness of everyone bar those who’d already seen him doing it week in, week out in the Bundesliga. He’s been a colossus at the back, mixing the passing ability of a midfielder with some great defending as well, and garnering comparisons to Der Kaiser himself, Franz Beckenbauer.

Beside him, Holger Badstuber – only 23 years old – has been steady, if not as spectacular. The one weak spot remains Jerome Boateng at right back. With Eintracht Frankfurt gaining promotion, there could be a big chance for 21-year-old Sebastian Jung to stake his claim, having impressed at U21 level.

Manuel Neuer is regarded as one of the best goalkeepers in the world, yet in a couple of years even his position could come under threat, if Borussia Monchengladbach’s young ‘keeper Marc-Andre ter Stegen keeps up the form he’s showed last term.

It really is an embarrassment of riches, and there are probably as many names I’ve forgotten to mention as those that I have done. Final mention, though, goes to Sami Khedira.

For me, he has been absolutely brilliant at this tournament, and much of it has gone unnoticed, bar his cracking finish against the Greeks. His passing and chance creation is excellent, as is the work he does defensively, and he deserves a lot of credit for the key role he’s performed. Come 2014, he’ll be 27, and just about hitting his peak.

It’s a terrifying thought that most of these players aren’t yet at their best. For Germans, and fans of football in general, it should also be an exciting one.