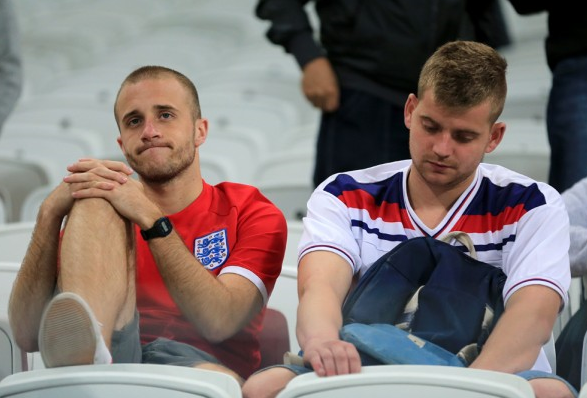 In Brazil, a summer of youthful promise was over before it began, England’s World Cup virgins deflowered by the older and experienced La Celeste and Gli Azzurri before regaining some respect against Los Ticos. This though was not just an issue of age; this was a summer of fine margins – on the pitch at least. Historically, the score lines will suggest the matches were close and to some extent they were – a crossbar here, the ball given away there, a momentary lapse in concentration; just minor moments, but ones that can be costly at such levels.

On the pitch should be possible to resolve – training, tactics – incremental improvements; yet what about the other issues? Are most of the problems surrounding England off pitch? Are there are perhaps some areas already beyond reach.

Wayne Rooney was maybe only partially correct when he mentioned England don’t know how to “win dirty”. The picture painted that England can’t do dirty tricks is a fallacy [Owen v Argentina anyone] but isn’t the question less about being streetwise and more about the spirit surrounding a team? Much was made of Uruguay’s Garra Charrua and certainly many teams seem to generate a never say die attitude. England as a nation has/had its “softer” version of Garra Charrua – ‘the Dunkirk Spirit,’ but this has been dissipated over the years by a combination of cultural, social and economic changes which has left the majority not knowing the hardships or community that instilled such togetherness.

Can you really expect a player, isolated from reality, on inflated salaries, with agents impressing their self-importance to understand such spirit? Similarly, when Roy stated he asked the players to belt out our [dirge of a] National Anthem you felt it wasn’t going to happen. The natural English reserve, and the arguable embarrassment over a patriotism that has been hijacked for decades by right wingers [the political kind] is partially behind leaving the English without an identity. It’s a lack of identity reflected on the pitch.

We want to be Brazil but scared we will look stupid trying. We can do Stoke, we are comfortable with Stoke, but resent that we are comfortable with it. Our best players are automatically elevated to World Class status and saviours of the national game when in truth they are good – occasionally very good but no more. We have to accept that as a nation we are an average football team. There is a strength in understanding your limitations and building on your own strengths.

Andy Warhol’s 15 minutes of fame has long been a reality. From Big Brother to X Factor to OK Magazine, there is quick fix obsession with a personality. This extends to football. For many what is done on the pitch is secondary to how much you earn, what you drive or who you…sleep with. With so much focus on every aspect of a player’s life is it that much of a surprise if a players first thought is themselves before the team.  This cult of personality appears to filtrate through English football. When discussing the national team all too often the debate has been on an individual player [Beckham] or how to somehow shoehorn the best players on the pitch [Gerrard/Lampard] irrespective of how it affects the balance of the team.

Brazil saw the debate over Rooney’s position. Should he be played centrally against Uruguay – his “best position” – because against Italy he was seen to be ineffective for the team? In the end he was – and was England’s best player – but was his positional change overall detrimental to England – in breaking up the Anfield spine. Henderson, Sterling and Sturridge were all worse against Uruguay as was Welbeck who was also switched positionally to accommodate one player. One player was seen to be more important than the balance of the team. Look at Holland versus Chile – Dirk Kuyt at left-wing back, Alexis Sanchez’ work rate. Individuality subsumed for the sake of the team.

Now there are calls that Gerrard must stay. Why? Because he is perceived to be a great player, his experience is vital as a guiding hand? Gerrard has been a very good player with moments of greatness but he is arguably not even the best English player [on form] in that deep midfield position [Gareth Barry]. Is Gerrard staying the best thing for England? He is neither a true defensive midfielder nor a Pirlo [though to be fair who is]; Oscar Tabarez and Cavani showed that at the top level Gerrard can be undone. Gerrard and Rooney have appeared irreplaceable – not because of form, not because they make the team click but because they were placed on the pedestal to be England’s saviours. The pedestal also makes it easier for them to fall from grace and become the scapegoats – one of our favourite past times. It brings an inordinate amount of pressure on the player to perform.

Back to Sally Bowles. If in 1992, the FA were the fat, complacent Weimar Republic then arguably the Premier League were the Nazi Party – marching along to ‘Tomorrow Belongs to Me’. With the TV rights [Money makes the World go Around!], the Premier League has become the dominate force in the English game and coupled with the Champions League ensures the rich get richer – the North-South divide only in football terms. ‘The Best League In the World’ – yes and no. Exciting yes but it is well documented that the impact of the Premier League and foreign ownership has seen such an influx of foreign players that is detrimental to the opportunity and growth of young English players.

There are short-term measures that can looked into that may have some impact [re stockpiling, quotas, support for players to move abroad] but the Premier League is a Pandora’s Box that has been opened and perhaps the only way for teams to reduce the number of foreign players is to ensure the English players coming through are good enough and plentiful enough [supply and demand – why English players with a modicum of talent are so expensive].

Arguably the FA needs to take a generational view, continuous investment at grass-roots level – in coaching, facilities, support for clubs. If you want players with technique, with adept first touch, comfortable on the ball, positionally and tactically aware then ensure that is coached from the grass-roots upwards. Eventually with such a framework, clubs in England should look to young English players coming through rather than look abroad.