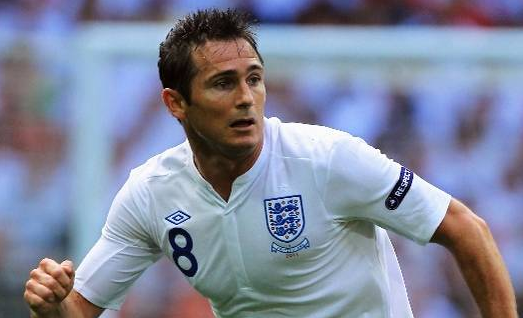 Following the FA’s declaration that the England squad for Euro 2012 will be announced on May 16; something of an inevitable frenzy has ensued as journalists and fans alike begin to pick their 23 men to take to the tournament in Poland and Ukraine.

Newly-appointed manager Roy Hodgson has many difficult issues to comprehend and deal with; not least the threat of a split dressing room following John Terry’s alleged racist abuse of Anton Ferdinand, brother of England regular Rio. With an exciting crop of youngsters breaking into the first teams of their respective clubs, is it finally time to phase out the ‘old guard’ and begin integrating the next generation?

The major issue with this process is that it takes time. Andre Villas-Boas knew this at Chelsea and whilst he of course could have done better, was punished for looking long term by not playing the likes of Terry and Didier Drogba every week, knowing that those that were previously fringe players needed to gain a run in the side to prepare for their inevitable ‘takeover’ in the coming years. AVB, has he became affectionately known, did not manage to see out his project.

In a nutshell, people don’t like change, and the press as well as the fans were quick to get on the back of Villas-Boas because he wasn’t using Chelsea’s long-term, loyal servants every week. This shouldn’t be the case for England; players should be picked on form, or at least what they can bring to the table, not their reputation.

To that end, England’s defence presents something of a dilemma. The aforementioned controversy means it is highly unlikely that both Terry and Ferdinand will be taken to the tournament, so who will be left out? With mistakes becoming more and more frequent, and his potential disruptive influence, I personally would be very tempted to leave the former England skipper at home. However, one must remember that Terry has formed a solid partnership with Gary Cahill for both club and country – their performance in the first leg against Barcelona being a particular highlight.

Ferdinand remains a very capable defender, and his vast experience is undoubtedly a good asset to have, but he is rapidly being usurped by his younger peers at Manchester United, as Phil Jones and Chris Smalling become more accustomed to life in the media spotlight, both of whom deserve a chance in my opinion. It may be worth throwing them straight in at the deep end in order to form an understanding so they can go into the World Cup in 2014 as a recognised partnership. My immediate preference however would be Cahill alongside Joleon Lescott who have both excelled in the Premier League this season. It’s therefore difficult to find space for Ferdinand as well.

Despite not rating Kyle Walker as monumentally highly as some pundits, he probably also deserves a spot on the plane, and is one Hodgson and England should look to blood to benefit from in the future. The ever-reliable Ashley Cole will bring experience to this youthful back four which is in need of a shake-up with the long-standing contingent now the wrong side of 30.

In midfield, there are fewer youthful options but potential for freshness also. Both Jack Wilshere and Tom Cleverley would make the cut were it not for a horrible season with injuries but Michael Carrick has rarely featured for his country in recent years despite unerring consistency for Manchester United. In Wilshere’s absence, he would definitely be my choice as the ball-player alongside Scott Parker in what appears to be a favoured 4-2-3-1 system. Steven Gerrard, when fit, continues to demonstrate his ability, although he soon will need to be replaced, with Cleverley perhaps being that man. At this moment in time however, there is nobody better to orchestrate the play in the hole behind the main striker.

In the wide positions, Theo Walcott will surely finally be given a chance to play at a major tournament, having travelled but not featured in 2006 and then been controversially omitted from the 2010 squad. Whilst he undoubtedly still has his flaws, it’s easy to forget just how young he is and how much scope there is for improvement. On the opposite flank, Ashley Young has scored some crucial goals for Manchester United and has impressed regularly on the international stage. I’d take Adam Johnson ahead of Stewart Downing despite his lack of playing time this season; for his youthful exuberance and ability to create something from nothing. Alex Oxlade-Chamberlain is certainly a candidate and may well be preferred to Johnson when the final decision is made.

Up front, Andy Carroll has recently played himself into contention after a wretched 2011, whilst Danny Welbeck and Danny Sturridge will be giving Hodgson something to think about as a pacier option. In my opinion, Welbeck gets a lot of unnecessary stick. Despite not having the frame of someone like Carroll, or Grant Holt, who must now also be considered a genuine candidate as opposed to the ironic one he was earlier in the season, his hold-up play is excellent and there are few better at linking up with those around him, as well as his well-documented ability to run in behind. In Rooney’s absence, I feel he would be a fine choice as the lone striker, with the capability to improve further in the future.

It would be naïve and disrespectful for England to dismiss this tournament as simply an audition for the World Cup in Brazil in 2014, but I think that should be a by-product of this strategy of implementing the younger players; who I believe are currently capable of taking us some distance in this tournament, with the obvious potential to get even better further down the line. Germany’s approach is obviously the blueprint, having seen them ease in the likes of Mesut Özil, Mario Götze, Sami Khedira and Mats Hummels in recent years; giving them a strong spine that they can rely on for the best part of a decade.

So without further ado, I present to you the squad I personally would take to Euro 2012:

We should not be afraid to take something of a stand. The likes of Frank Lampard are not obliged to be included, it is not an insult if they are left out. He once was a fine player, and still has something to offer, but if the manager thinks a maverick youngster is more likely to dazzle and ultimately, to succeed, why shouldn’t he get a spot on the plane instead? It’s time for Hodgson and England to take a gamble on youth.