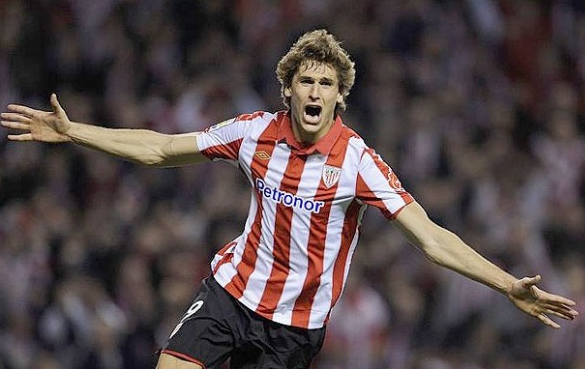 As the news filtered through that Fernando Llorente had signed a pre-contract with Juventus, you could almost hear alarming gasps from both the AC Milan  and Internazionale camps.

Of course, it had been long a known fact that the Spanish striker’s representatives were in discussions with The Old Lady, and a move was always high probability. But recent reports of Premier League interest had cast doubt over whether Llorente would chose Turin.  As a result, a dominant Juventus can now look forward to fielding a clinical finisher; one of high calibre who has been scoring goals in abundance for Athletic Bilbao in, arguably, the best league in the world.

In fact, before this season started, Llorente had scored almost 70 goals in the previous three seasons for Athletic Bilbao, which is, unquestionably, a fantastic return. Add in seven goals in 21 Internationals for Spain, and the goal tally looks rather healthy. Dazzling performances in Bilbao’s Europa League campaign, notably against Manchester United, and call ups for Spain’s World Cup and European Championships showing how rated the striker is. Stats like these are the reasons a lot of people are eager to see the Spaniard in the black and white of the current Serie A Champions. And maybe why both Milan clubs should be wary.

The 27 year old striker has it all; strong ability in the air, clinical finishing, a good touch and generally a strong player who can hold up the ball and wait for play to develop around him. Something Juventus are missing at this time, and with a robust, sturdy back line and creativity in the midfield, it could be worrying for a fading Milan duo. It is well documented and accepted that Milan are in the process of rebuilding, and must; the league position says it all really. As is the case with Inter, although they seem a team capable of pulling results out of the bag at times. Too many Inter fans are longing for the Jose Mourinho days though, a remarkably successful era which is all too distant in the past now. To add Llorente to the sheer consistency of the Juventus side at present seems a potent combination, and maybe a call to both Inter and Milan to spend a tad in the summer. The fact Fernando Llorente will cost nothing for Juventus in terms of a transfer fee is another story. Bargain just doesn’t cover it, with quality like that rarely commanding no fee. Particularly, a Spanish International who is only 27, and committed to a four year contract.

At present, Sebastian Giovinco and Fabio Quagliarella are the current top league scorers for Juventus, with a measly six goals each. Andrea Pirlo, Arturo Vidal and Mirko Vucinic are all on five a piece, which, on the face of it, looks reasonably healthy with regards to the varied source of the goals. Still, there have been too many occasions where it has been apparent a striker is a must. With Quagliarella, Alessandro Matri and Vucinic sporadic in their performances and Nicklas Bendtner just not fit enough, or good enough, Llorente will land in Italy as a welcome addition to the Juve strike force. Of course, there are other areas of the Juventus squad which may need a tweak here and there, but there is no question just how necessary a striker of Llorente’s quality is.

July 1st seems a long time away however, with Juve craving a goal scorer immediately for the league run-in. Nevertheless, without doubt, El Rey Leon will play a vital role in continuing Juve’s domination in Serie A next season, and don’t be too surprised if Fernando Llorente picks up the Capocannoniere in 2014.