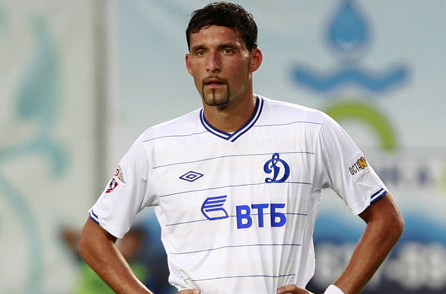 There is a distinct difference between “fans” and “supporters”, a gulf  that resembles more the Gulf of Mexico than the mouth of the Tolka, despite what the media would try to promote.  While Sky and their ilk will have “fans” crying as their team drops out of the money league, or “fans” tanked and tattoo’ed up screaming obscenities at the opposition, or their own players, which ever suits the emotions of the moment, it is a very long stretch to label these people supporters.

“Fans” are supposed to take things personally, supposedly living and dying for their clubs.  Of course they have been lifelong followers of their team, though following is possibly the only thing that can be truthfully applied.  When Danny “Well ‘ard” Dyer goes waddling around Eastern Europe meeting “hoolies”, what he actually is doing is meeting cardboard cutouts of his own feature film making.  Burberry capped buffoons who masquerade as hard men when the camera and public looks on, while in the background nefarious criminals hoover up the needs of the hooligan class.  The Torpedo-Dynamo match disruption some weeks ago was a perfect example of this and now things, for Dynamo, have taken a drastic turn for the worse.

Last month a “fans” representative came to the training ground and made actual physical threats to the assembled players in a well publicised and video’d event.  Telling players that if they were caught out in a nightclub, restaurant or in public that they’d be beaten up, it was a supposed show of love for the club.  Many in the sports media recoiled from such scumbag behaviour, calling it inappropriate and disturbing, while forums lit up with excitement of multitudes of teen males and frustrated 20 and 30 somethings exploding in vitriolic orgasm of “fan action” hitting home.  According to these keyboard heroes and matchday warriors, this is how it should be at all clubs.  Players play for them, their wages are paid by them, the “fans”.  In making the threats (especially picking on Kevin Kuranyi and Christian Noboa) they put the photos and salaries of the top four players in the club on Wanted posters.  Though Kuranyi’s $5million a year is remarkable, Noboa’s $1.7million would be more than double what season and day tickets take in for Dynamo this year, while merchandise income is minimal.  So the “fans” self-righteous outrage at poor performances being at their expense puts the first hole below the waterline of their sieve like argument dinghy.

Long term supporters have been horrified and this only increased last Friday when masked men shot Dynamo players at training with paintballs, warning that next time it won’t be a play date weapon in use.  Rising star Alan Gatagov was hit in the back of the neck and afterwards questioned the actions, saying that there is no worth in it and that do the “fans” expect players to hire bodyguards?  And this was picked up on and dissected in one part of the media.  Those in Echo Radio who regularly expose corruption and criminality at all levels, even if at times they back the wrong horses, exposed some home truths.  A leading female broadcaster pointed out the link between the players and club eschewing services from one security company, and the same security company being staffed by leading “ultra fan” group members from 3 of Moscow’s clubs.  Now while this lady didn’t go as deep as she could have, there is validity in it as well as the criminal elements involved in the aforementioned groups.  Drug sales at/before games are tightly controlled by these same groups, cuts of ticket sales go from club officials to the groups and other deeper criminal enterprises find their roads leading back to the same sources.  It is not solely a Russian problem, Croatia suffers the same while the Argentinian issues have been highlighted time and again.  In Russia many clubs are beholden to or in fear of such groups to such an extent that it is difficult to make business without paying off these criminal elements first.

So back to the “fan” supporter difference.  The supporters of Dynamo have been horrified by the last month and a half.  Many of these supporters won’t attend matches as they no longer feel comfortable going to or from matches, let alone sitting in the stadium.  The RFS and Nikoli Tolstykh have set out to make football a family game once again and not allow “hooligans”/criminal groups continue dictating to the authorities and clubs.  The violent reaction at the Torpedo-Dynamo cup match by “fans” against the RFS crackdown on anti-social behaviour in stadia and these recent events may end in a massive step in the right direction.  Clubs have pandered for too long to the clowns who proclaim themselves “ultra fans”, yet who take little part in matchday atmosphere apart from behaving like an out of tune children’s choir who self-congratulate themselves and expect appreciation just for turning up.  These same “fans” make Russian matches about as exciting or welcoming as a private dinner in the hotel room of a famous, deceased former children’s tv presenter who enjoyed running marathons for charity.  In other words, not something you’d want for your kids, let alone yourself.

There is a great opportunity for Russian football to make a leap ahead right now with a determined and even handed President in office, and full remit from the Kremlin to make football a family sport again.  Russian supporters can be terrific and make a sporting occasions unbelievably impressive, though this has yet to happen in football on an even semi-regular basis, especially in the top division.  Right now projects are underway with progressive clubs like FC Krasnodar to make Tolstykh’s dreams become reality, so that Russian football grounds will become beacons of social togetherness in a country lacking any type of social cohesion on a consistent basis.  However “fan power” can still drag Russian football further back into the dark ages that nobody, especially future generations of footballers, want to see come about.  With clubs around the country teetering on the brink of extinction and a lack of talent coming through the youth ranks, is there any wonder why youngsters are looking to become hockey players instead of footballers.  Why do parents, who can afford to, send their children out of the country to play football rather than let them suffer in Russia?  Russia has a chance to build up, though the fear of spiraling down is also very close.  At a time when Russian football needs supporters, it might only be left with “fans”.