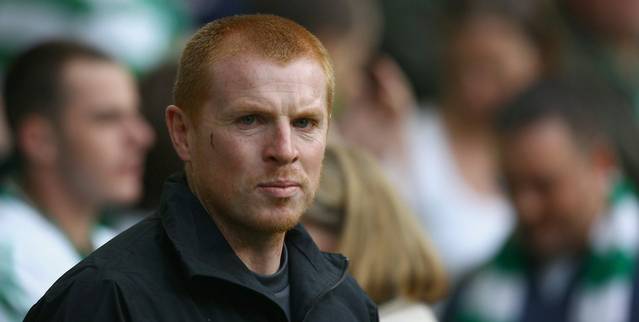 You could almost forgive fans of Celtic, or indeed any team, for adopting a fatalistic outlook as they consider their side’s impending fixture at the Camp Nou. The thought of facing a team that includes such a litany of stars and plays in such a domineering manner is enough to impose a sense of foreboding upon even those of an optimistic disposition.

It’s first against second in Group G but the footballing world knows that the difference between Barcelona and Celtic is much greater than that. Neil Lennon’s young side arrive in the Catalan capital knowing that even earning a point would cause a ripple of surprise that would extend beyond the borders of Scotland and Catalonia.

On the other side of the coin, however, Tito Vilanova’s Barça are not infallible. When they don their blaugrana suits they may appear like superheroes, but they are footballers; mortals.Barcelona might be unbeaten in La Liga and the Champions League this season, and the only points they have dropped were against Real Madrid, but they haven’t been without fault.

Vilanova’s team have been plagued by a back door that won’t stay shut; a total of 11 goals conceded in 8 La Liga games equals the tally of bottom-placed side Osasuna.

Spartak put two past Barça at the Camp Nou in the first round of group games, although the Catalans scored three themselves, and on Saturday Deportivo La Coruña lost out to Vilanova’s men by the odd goal in nine. Therein lies the frustratingly probable eventuality: it appears that however many you score against Barça, they will score at least one more in reply. Nevertheless, in such games there is risk for both sides and by daring to embrace this scenario Barcelona’s opponents can obtain a glimmer of hope.

It would be frivolous to suggest, however, that simply due to their tendency to concede that Vilanova’s Barcelona are a weaker version of Pep Guardiola’s outfit. They are scoring more goals too and have a directness and ruthlessness that Guardiola’s team sometimes – for better or worse – lacked.

Cesc Fàbregas, whose role in the side was questioned at times last season, was at the heart of Barça’s ruthlessness at the weekend. And, interestingly, it was a heart that played high up the pitch and close to Lionel Messi. With Xavi rested and only featuring as a sub at the Riazor, Cesc is, scarily, not a certain starter against Celtic, but that simply demonstrates the array of attacking options that Vilanova has in his artillery.

It is in defence, however, and not unsurprisingly given the statistics, that he has more concerns. Dani Alves, Carles Puyol and Gerard Piqué will all miss the match with injury. Meanwhile Alex Song, who has seen a lot of playing time in defence, will likely be moved forward into his natural holding midfield position in place of the suspended Sergio Busquets. It is expected that this will result in back four of Montoya, Mascherano, Adriano and Jordi Alba. There’s not a lot of height in that quartet – Mascherano is the tallest at 5ft 9in – which suggests that Celtic might see some joy from set pieces or diagonal, aerial balls to Georgios Samaras. Although the Catalan and Spanish press have questioned Vilanova’s reluctance to blood young centre back Marc Bartra, it would be surprising to see him start against Celtic after Adriano was called upon ahead of him when Mascherano was sent off in Galicia on Saturday.

Celtic, like their opponents tonight, also scored five goals on Saturday but they suffered none in response, leaving St Mirren Park with three points and a clean sheet. Suspicions of a distracted pre-European performance were proven to have been ill-founded.

The injury news for the Glasgow side is more positive too: Georgios Samaras, Scott Brown,Kris Commons and James Forrest all trained at the Camp Nou last night despite missing the game in Paisley.

The pace of Forrest will be key, whether he plays from the start or makes an impact from the bench as he did in Moscow. Having a player who can run with the ball can be a valuable outlet in European games. Aiden McGeady did that for Gordon Strachan’s Celtic in the Champions League, now it’s James Forrest’s turn to do the same for Neil Lennon’s.

Big games will be also required from Wanyama and Brown to hassle and pressure Barcelona’s midfield artists and ensure Celtic are not wasteful when they do get the ball, but the truth is that it will take top performances from every Celtic player to give them any chance.

Vilanova knows Celtic have the potential to be quick and effective on the counter and highlighted this in yesterday’s press conference; however, it is only to be expected in the pre-match formalities that he and his players show Celtic the utmost respect but behind closed doors they will be expecting to win, and the rest of the world will expect them to as well.

The odds are piled so high against Celtic that they might need a ladder to see over them but, with two draws from four previous trips to the Camp Nou, history suggests the Hoops are capable of causing a surprise.

If Neil Lennon gets it right tactically, Barça have an off day and lady luck shines on those in green and white, then the inevitable might not be quite so inevitable after all.

One thought on “Do Celtic have a chance at the Camp Nou?”