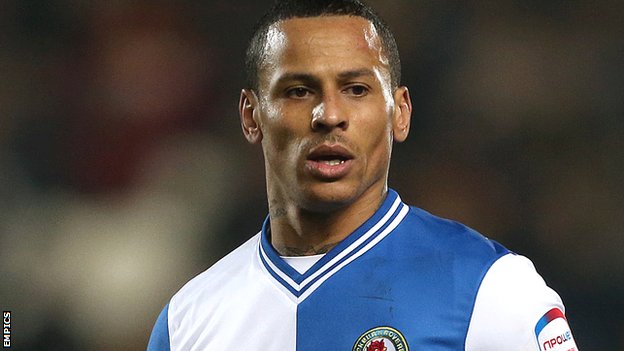 Blackburn Rovers have confirmed today that striker DJ Campbell has been arrested in connection with spot fixing allegations.

Campbell is one of six players to be arrested on Sunday along with former Portsmouth player, Sam Sodje.

Sodje had previously told a reporter that he could arrange for players to be booked or sent off in exchange for cash.

“Following reports in today’s national media, Blackburn Rovers can confirm that striker DJ Campbell has been arrested. The club will be making no further comment on what is now an ongoing legal matter.”

Campbell has represented Birmingham City, Blackpool and QPR in the Premier League