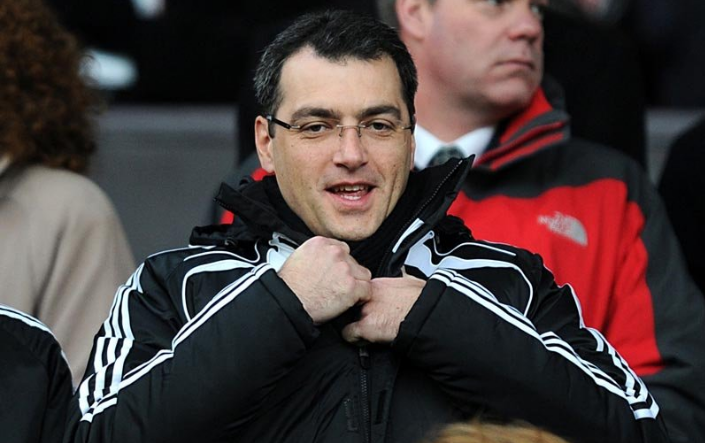 Liverpool remain repentant in their quest to offload Andy Carroll, a figure who has become something of a noose around the throat of the club since they spent £35m 18 months ago to make him the costliest English footballer in history.

With Brendan Rodgers having seemingly decided that the striker simply isn’t for him, and that he has no place at Anfield, the club have been looking to offload the striker. They’ve already accepted an offer from West Ham United to take the England international on a season-long loan deal – for a meagre £2m – with the proviso that the Hammers make the deal permanent for a further £17m should they retain their Premier League status come the end of 2012/13, and have encouraged interest from other quarters, not least former club Newcastle United.

Whilst there have been plenty of articles written on the subject of the conundrum that is the 23-year-old Geordie – be it why hasn’t it worked, or where next for the powerful forward – none have looked at an altogether different question which his transfer, and the subsequent problems thereafter, have created:

Isn’t the appointment of footballing directors at clubs, with a view to a long-term strategy, now more vital than it has ever been?

When Fenway Sports Group (FSG) took over at Liverpool, they hired Damien Comolli giving him the DoF title, and enabling him to lead footballing operations, armed with what has been dubbed the “Moneyball” approach, pioneered by the general manager of the Oakland A’s baseball team, Billy Beane. Unquestionably Comolli was supposed to be a long-term appointment, working in tandem with the club’s manager Kenny Dalglish, who identified players that he wanted and who he believed would fit his system, which Comolli then went out to sign.

But having paid a high premium for home-grown talent, prices which have routinely been scoffed at, even before Liverpool’s on-field struggles in the Premier League last season, and having proved an unmitigated disaster, Comolli was relieved of his duties at Anfield. (Granted, he currently looks an awful person to base my theory on, but bear with me).

But why exactly? After all, the players signed during Comolli’s tenure were selections not of his own, but of the manager, according to Dalglish in April this year, speaking after the Frenchman’s departure:

Everyone who has come into the club since Damien has been here was of my choice.

Which is all well and good, but in essence it means that despite the job title, whatever Comolli was, he was not, in its truest sense, a Director of Football.

In actuality, Comolli was nothing more than a glorified chief executive; a mere corporate suit solely responsible for signing players identified by, and based on the wants of Dalglish, within a budget (which was extremely heady given FSG’s want to stamp their mark on Anfield) set out by his paymasters.

However, because of the job title and how he was portrayed in public with regards to the signing of players – both by the club and by himself – he became culpable for the team and its problems.

A true DoF is not someone who merely heads to board rooms across the globe to handle negotiations, or who meets with agents to discuss whether their clients would be interested in a move as his sides manager holds an interest in him.

The idea of a DoF is that he does much more than that, in that he basically strategises the entire club, covering all aspects which involve the footballing side of things: Deciding an overall budget with the club’s owner/chairman; Setting aside finances for transfers and wages; Implementing a philosophy within the youth set-up, for the development of both homegrown players and coaches; Liasing with the manager and watching game footage to decide how to improve the technical aspects of individual players; Heading up the scouting department with a team of scouts who work in unison to make collective decisions on a number of potential playing targets;  And perhaps most importantly, he makes decisions on who is in charge of the day-to-day coaching of the first team – be it under the banner of ‘Manager’ or ‘Head Coach’ – and who are answerable to him, something which has seemingly caused the role to be viewed with disdain within English football throughout the years.

The role of DoF, has become increasingly important, particularly given the current footballing climate, which has been engulfed by short-termism, where a manager’s life expectancy is as low as it has ever been, and the demand for immediate success is more ferocious than ever – Just ask Andre Villas-Boas.

And it is here where we return to the Carroll analogy. For whilst manager’s are getting less time than ever before to shape a side, one man’s idea of an integral quality signing, may not necessarily be the same as his successor. Dalglish, a mere month into his reign, was more than happy to spend £35m of Liverpool’s money on the striker, believing he would be an ideal partner for Luis Suarez. Little more than a year and a half later and Dalglish is gone but the new manager is left with a player who arrived at a vastly inflated price, but whom he believes doesn’t  fit into his own ideology, (which appears greatly different to his predecessor) and that he doesn’t want.

Where is the foresight or the long-term planning?

The answer is simply that there isn’t any. For manager’s have long lived by the cliche that football is a “results business” and as such they need results in the here and now for their own job security. And indeed, that is their prerogative. But who is looking after the clubs, stopping them throwing millions away on the whim of one man, who if results don’t go his way, could be out of a job within a matter of weeks?

As such the role of an all-encompassing DoF should be a staple part of all football clubs, especially in these times of financial austerity, as it is in his remit to ensure that such a situation doesn’t occur and to ensure that the clubs long-term future is planned for.

Here in Germany every club has it and it’s very much about the medium to long-term development. And that’s maybe a problem with the English game – the coach goes, big pay out and off we go again.

As Congerton suggests, the role is still viewed with some scepticism within England, and only through relative success within the Premier League will the DoF/Head Coach model be viewed more favourably. As such, perhaps the best exponent of the system in the English game are West Bromwich Albion, where the highly thought of (and much sought after) Dan Ashworth does the job – titled ‘sporting and technical director’ like his Bundesliga counterparts – to an excellent standard.

Formerly academy director at the club, Ashworth rose to his current position in 2007 and has played a key part in the focusing of strategy which has helped turn the club from a so-called ‘yo-yo’ side, into one heading into their third successive Premier League season, having finished comfortably in mid-table during the last two campaigns, without the spectre of debt engulfing the club, as it does with many sides, thanks to the diligence of Ashworth and Baggies chairman Jeremy Peace.

Whilst the likes of Manchester City and Chelsea are owned by men for whom spending £100m can be easily written off due to their own personal wealth, allowing manager’s to pay vast amounts in the transfer market safe in the knowledge that if it isn’t working 12 months down the line they can just get rid. On the other hand a club who don’t have a sugardaddy to bail them out in similar fashion, such as West Brom, has to live within its means, and must therefore gather as much information as possible to make intelligent, informed decisions, aimed towards the long-term, rather than spending over the odds on a short-term fix.

Ashworth is an almost compulsive viewer of football, somewhat to the levels of obsession. He readily admits that he witnesses in the region of 200 matches live (actually being there) per season – across youth, reserve, domestic, european and international football – in his bid to work with the club’s scouting department and to compile extensive dossiers on potential targets for the club. His hard work has seen the likes of largely unheralded trio Peter Odemwingie, Youssef Mulumbu and Jonas Olsson all arrive at the Hawthorns in recent years, before going on to make themselves household names within the Premier League.

But that is merely one facet of Ashworth’s job. He also assists in the deciding of budgets, working in tandem with his chairman to assign where the money goes – be it transfers, wages, youth development etc – negotiates transfers with other clubs and oversees the club’s youth programme, with Albion very optimistic of gaining category 1 status in the new EPPP system.

However what is perhaps most impressive is the way in which Ashworth has ensured continued progression at the Hawthorns during his tenure, in spite of a number of managerial changes – Tony Mowbray to Roberto Di Matteo to Roy Hodgson to Steve Clarke.

Yet it is somewhat unsurprising given his quest to always have a contingency plan, which sees him always have five (minimum) managerial options on file, (should things head south under the current incumbent), who would fit in with the structure of the club and its philosophy, rather than stark contrasts who may come in and look to make wholesale changes (key example being Liverpool). Thus, transitions at the Hawthorns usually run as smooth as they possibly can, and ensures that finances aren’t spent on the judgement of one man and his needs, but rather on the collective view of an entire club and its requirements.

In these times where footballing finances are coming under closer scrutiny than ever before, and clubs such as Portsmouth and Leeds United are paying for their ambivalence to the financial side of the game in the past decade, the role that Ashworth undertakes at the Hawthorns is helping to create certainty, in what is the most uncertain of worlds.

And whilst for a lot of football supporters there is great joy in the uncertainty of the game, ask Pompey fans how they feel about the clubs gross financial neglect in recent seasons now that they have descended from FA Cup winners to starting the season in League One some ten points behind their counterparts. What they wouldn’t give to have had Dan Ashworth, or someone of similar ilk, at Fratton Park these past six years, ensuring that financial care was encouraged at the club.

The system of a Director of Football isn’t one without its flaws; years of in-fighting at Ajax are a prime example of that, as is the seemingly laissez-faire attitude to the role which was Comolli’s domain at Anfield.

But the supposed bad, in that it strips away the power of a manager, as has been its key criticism, is far outweighed by its major asset, in that when put into practice correctly, it protects the club, both in terms of player upheaval and financially, creating a more stable environment from top to bottom. And with Financial Fair Play, and other measures looking to cut back footballing excess currently being put into place, stability is something that no club can afford to be without for too much longer.

2 thoughts on “Director of Football: The way forward?”