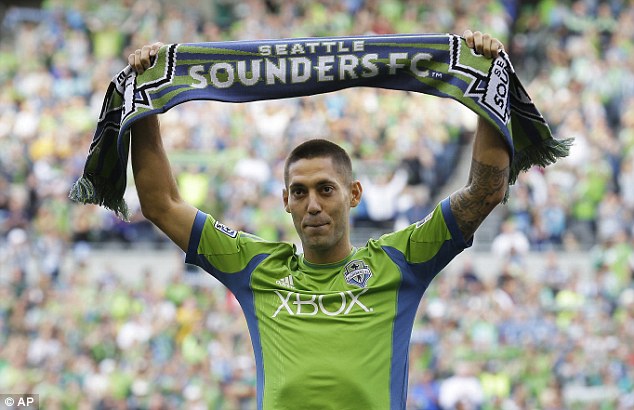 In truth, it can all be traced back to the Beckham Experiment.

Between 2007 and 2012, the Seattle Sounders, Phildelphia Union, Vancouver Whitecaps and the Portland Timbers were established as MLS franchises.

Yet, regarding the legacy of David Beckham, there was always going to be two issues: the consequence of him leaving the MLS, in December, 2012, and whether American internationals could prosper in the league.

With 13 out of the 25 members of Jürgen Klinsmann’s Gold Cup squad being made up of players playing in the MLS, the signs are encouraging.

Indeed for all the talk of Klinsmann, supposedly, favouring players from outside the MLS, the league has never been so fertile for housing American internationals who are far from over the hill.

Sean Johnson, Tony Beltran, Omar Gonzalez, Matt Besler and Will Bruin are all testament to this fact as US internationals who are 26 or under.

However, as Dan Courtemanche, the MLS’ Vice-President, has noted, the real test will be a country with a population of 300 million people producing players even better than Landon Donovan in 10 years time.

Sure, it’s a whooping $32 million four-year contract and Dempsey is 30 years of age,  but the American still has much to prove and, certainly, will not rest on his laurels.

After all, having scored 48 goals in 131 games for Fulham and Tottenham in the past three seasons, Dempsey is far from a washed-up export seeking the comforts of home.

As well as the small matters of Nacer Chadli and Roberto Soldado, this is a man who, arguably, only sought to leave Tottenham after they failed to deliver his Champions League dream in 2012-2013.

Yet, far from a lack of fight or ambition, it would be wrong to suggest that this is Dempsey giving up on competitive football at the highest level.

After all, even though his time at Tottenham will forever be remembered for that goal against Manchester United – ending 23 years of despair at Old Trafford – Dempsey’s spell was far from a disappointment under André Villas-Boas.

Indeed, what, ultimately, cost Dempsey was the confusion over what was his preferred position – with his number two shirt number doing little to help matters.

It was as a lone frontman that he had his best season, in 2011-2012 with Fulham, but the American played on the right, left, behind the frontman and, occasionally, as a striker at Tottenham.

Thus, becoming Seattle Sounders’ key player and one of the MLS’ all-time coups will only reinvigorate Dempsey further – with an off-season loan to the Premier League in January, 2014 a chance to remind the world of his qualities.

It is just what Dempsey needs ahead of the 2014 World Cup, with the forward desperate to become the first American to score in three World Cups.

Coming home is the perfect way to harness that patriotism over the next 11 months and feeding off his international team-mate, Eddie Johnson, at club level, too, can only boost the U.S’ prospects.

Also, with the support of Seattle’s state of the art CenturyLink Field, it will not feel a step down for Dempsey.

In fact, Seattle’s progressive structure, stadium, and multi-national dressing room is the MLS’ closest relation to the Premier League.

This arena, certainly, left its mark on Dempsey during the US’ 2-0 victory over Panama at the CenturyLink Field on 12 June, 2013.

Dempsey captained the U.S. that night and with Landon Donovan’s continued strained relationship with Kilnsmann, there is a sense that the mantle is now passing.

Coming to the MLS with still much to give is the perfect way for Dempsey to show his commitment and become the new posterboy of American soccer.

Some eight months after Beckham leaving, the MLS has yet another transfer arrival to get the football world stirring.