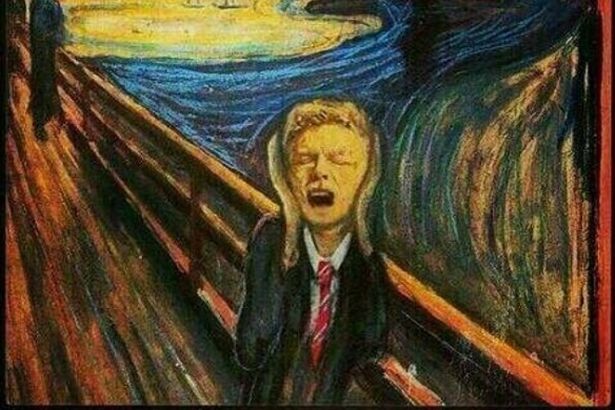 For a lot of fans, the 2013/14 season has been Manchester United’s worst in living memory.

For those of a previous generation, it has been a shuddering reminder of the days before Sir Alex Ferguson, when Old Trafford was a theatre of anger rather than dreams.

The blame game has been played all the while, and manager David Moyes has often been ridiculed. Others, such as Ed Woodward, have also been held accountable in what has been a constant crisis.

However, no matter how bad Moyes and Woodward have been made to look, the playing staff have suffered the most.

United’s squad has been dragged tamely from the perch it once found itself on, and shoved down the pecking order. Players such as Patrice Evra, Rio Ferdinand, Nemanja Vidic and Michael Carrick – the core of many title winning teams – have had their reputations seriously dented. The toothless manner of United’s many defeats this term, and the weak responses they have given afterwards, make the Red Devils unrecognisable from what they once were.

To some fans this is ridiculous.

‘What they once were’ is only referring to last season. Less than 12 months ago United lifted their 20th championship, having dominated the title race from start to finish.

It is easy to point out how weak their rivals supposedly were, but the real answer: the squad was a lot more hungry last year.

The way Man City snatched the Premier League crown in 2012 will have given the players sleepless nights. There would be no chance of City being allowed to go back-to-back. United, under Ferguson, were always going to reclaim their trophy.

Unfortunately, that seems to have been the final chapter for the current crop.

For some, like the aforementioned trio of Evra, Ferdinand and Vidic, time has simply caught up with them. Physically, they are nowhere near what they used to be. For others like Rafael, Chris Smalling, Tom Cleverley, Antonio Valencia, Ashley Young (the list could go on) the quality needed to take United forward is simply not
there.

When Ferguson cleared out his office, he should have taken a lot of his players with him too.

These players should know what is required at Manchester United, no matter who is in the manager’s seat. What has happened this season has not been good enough, and realistically only a couple of men can hold their heads up high – Wayne Rooney and David De Gea.

Rooney has made rumours he was going to join Chelsea look silly, as he has worked tirelessly all year, signing a new contract in the process. De Gea meanwhile has proved himself as one of the best goalkeepers in the world, although instead of his saves winning games, they have instead merely provided damage limitation.

Moyes’ aim for the rest of the season is to keep the fans on his side, something that is rapidly becoming an impossible task. If he does make it to the summer, around Rooney and De Gea, he must build a whole new side. Players need to be brought in who understand the opportunity they are being given, and what is at stake.

Most of all though, they need to have the quality to go toe-to-toe with anything the Premier League has to offer, because another season like this could leave the club in ruin.