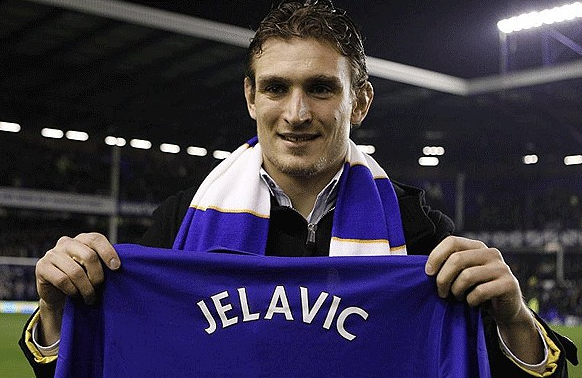 The transfer window has slammed shut for the season and Neil Sherwin looks at some of the movers and shakers associated with the Premier League.

Ok so not a great start to this XI with goalkeeper moves very much thin on the ground. Clutching at straws with the news that 21 year old Martin Hansen has left Liverpool for Viborg FF in Denmark. Shocking, I know. With Pepe Reina, Alexander Doni and Brad Jones ahead of him, Hansen was never going to get a look in at Anfield and spent a month on loan at Bradford City earlier this season.

The football equivalent of driving a BMW with one foot on the brake. Croatian international Corluka oozes class when in possession of the ball but turns like a double decker bus and has lumbered after countless wingers who outfoxed him by simply adopting the Kevin Kilbane ‘knock it past him and run’ approach. It’s only a loan move initially but with Kyle Walker having made the right back berth all his own, it’s hard to see Corluka returning.

Ridgewell is a very brave man. Having left Aston Villa for heated rivals Brimingham City a few years back, he has now jumped ship for another Midlands club in the form of West Brom. A solid defender on his day, Ridgewell will be a useful addition to the squad but if the Baggies end up getting relegated he can expect a frosty reception at St. Andrews in the Championship in 2012/13. Although he could be at Wolves by then…

Harry Redknapp did little to dispel the notion that he is a ‘wheeler dealer’ with his Deadline Day activity which included a swoop for New Zealand skipper Ryan Nelsen. The big centre half has had his injury problems lately but on his day is a superb defender. Alongside fellow crocks Ledley King and Michael Dawson, Redknapp should be able to have at least one of them fit for each game.

The man labelled by many as an ‘ex-footballer’ has decided to give up counting his wads of cash for a few months and will instead pull on the boots again at Sunderland’s Stadium of Light. The Mackems are in a real purple patch at the moment thanks to man-motivator Martin O’Neill so if anyone is going to get a decent shift out of Bridge it will be him. At least this loan move can’t be any worse than his last one to West Ham…can it?

Like Niko Krancjar, Pienaar’s time at White Hart Lane was doomed to fail simply because he’s too similar a player to Luka Modric. A move back to Everton suits everybody involved and the Toffees should once again benefit from his inventiveness in the middle of the park. Don’t be surprised to see this initial loan deal be made permanent in the summer.

A weird signing that very few, if any, City fans saw coming. January was a horrible month for the league leaders as they were dumped out of both domestic cup competitions and squandered their points advantage at the top of the table. With Mario Balotelli suspended for four games, the logical move would have been for a striker considering only Sergio Aguero and Edin Dzeko are realistic options currently. However Mancini opted for a 32 year old South American midfielder who has never played in the Premiership, though the two have worked together before in Italy.

The most Twitter-hyped player ever? I’ve never actually seen Morrison play, and I’d say I’m comfortably in the majority there. What I do know is that, despite all the comments about how he’s so talented and the next Paul Scholes, United were happy to get rid. Say what you want about Sir Alex Ferguson but he rarely gets it wrong when it comes to ditching questionable personalities so we may see Morrison on the scrap heap sooner than we see him play in the Premier League.

Along with Djibril Cisse, Zamora has headed to Loftus Road in a bid to save Queens Park Rangers from the drop. After a chequered season at Fulham that saw him fall out with boss Martin Jol, a £4 million switch across the city appealed to the striker with Euro 2012 looming large on the horizon. Of course the whole thing had nothing to do with the tidy salary and bonus package no doubt involved.

With Roman Pavluychenko and his large wages shown the door by Harry Redknapp, Spurs needed a striker to keep squad depth ahead of a tricky run of fixtures. The move for Saha is an interesting one given that the former Manchester United and Newcastle United forward has scored just once in the league this season from 18 games. At 33, there isn’t much gas left in the injury riddled tank but if he contributes to a top three finish then it’ll be very much a case of job well done.

Uh oh, a big money signing from the SPL. With 36 goals in 55 appearances for Rangers, Jelavic has a good record to take with him to Goodison Park but cynics will point out that it counts for little given it was obtained in a two horse town. Everton have been notoriously lightweight up front in recent years though that is starting to change with Jelavic joining the unpronounceable Denis Stracqualursi, Landon Donovan, Apostolos Vellios, Victor Anichebe and, to a lesser extent, James McFadden as an option to lead the line.