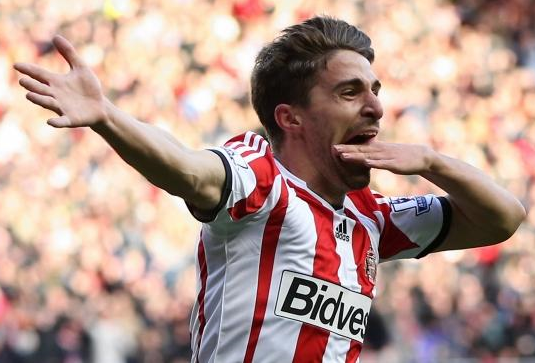 Sunderland fans have been dreaming for most of 2014; a city full of Walter Mittys and Martin Luther Kings.

#DareToDream was that rare thing: an official hashtag that caught on, even out-trending Justin Bieber’s birthday for a brief moment on the cup final weekend.

To be leading at half time in the final itself was completely unexpected, as was the performance, with Sunderland being the better side throughout the first half. Despite the end result, there was a lot to be proud of, and a weekend that won’t be forgotten.

Like those best dreams, you can’t remember it clearly, instead clutching at brief moments of memory: the thousands of Sunderland fans converging in Covent Garden; a Tory MP’s tweeted disgust at said fans ruining his dinner (the subsequent apology had little impact); the sight of Wembley Way being a sea of red and white, with barely a City fan in sight all weekend until getting into the stadium itself; the passion on display, that never looked like spilling over into something more; the belief, until that third goal, that this could still be Sunderland’s day; the gut-punch of defeat, but running through it an overwhelming sense of pride. This all defines what it means to be a football supporter far better than any dictionary ever could.

Gus Poyet spoke before the game that fans had made it clear a cup win meant more than the league, that it was special, and relegation would be accepted if it also came with that particularly silver lining. That’s not to say the players could just give up on the league, far from it, but a cup was what mattered while there was still a chance of it happening.

As it were, the players and indeed the manager gave up on the cup instead. Just seven days removed from their trip to Wembley, they had a chance to get back there with the FA Cup quarter final against Hull, but threw it away without coming close to taking it.

Poyet has been rightly critical of the performance, given the large number of players who seemingly didn’t bother to turn up. We saw the best and worst of Lee Cattermole, the latter resulted in losing the game, but that’s still far more than was seen of Steven Fletcher. Hull had defeated Sunderland twice prior to this game, and both times the Black Cats had at least one player sent off. This time they did keep 11 men on the pitch, but in the second half they may as well have had none.

While the manager criticised his team, he nonetheless defended his team selection, which saw six changes to the League Cup final side. While you can argue about it being about a squad and the players coming in being internationals – though at least three are token one-cap ‘wonders’ – there’s no doubt it was a weakened side, one saying the focus was not on the cup. It was quite frankly an insult to the 4000 fans who made the trip to Hull and back.

No one is calling for his head or suggesting that he’s the wrong man for the job, not even close to that even, but the selection and resulting performance of the team on Sunday are inexcusable. It was pathetic, and with it any chance of winning a trophy this season has gone. That may be ok if you’re a Manchester City or Chelsea, but opportunities like this don’t come around too often for Sunderland, and who knows when the next one will be?

That the defeat was to Hull and Steve Bruce was just the icing on the cake, and that they then drew Sheffield United in the semi final placed a cherry on that cake and served up on a plate for Bruce to devour whole.

Now survival is the focus, the thing upon which this whole season depends. 12 games to salvage something from this crazy ride of a season (I can scarcely believe that Paolo Di Canio was this season!?).

A dozen games to stop the dream giving way to a nightmarish reality.