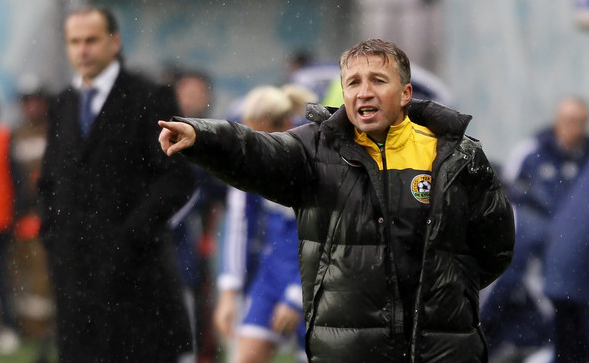 For the city of Krasnodar this season began with a flourish of excitement – a sensation that has rarely accompanied the beginning of a new stream of fixtures for many years. However the rapid rise of, new boys on the block, FK Krasnodar and the continued development of their more historically endowed neighbours Kuban Krasnodar has helped rekindle a relationship between football and the city’s people – especially as both have found themselves competing in Russia’s top flight.

For FK Krasnodar the experience of Premier League football is something that remains entirely alien given the fact that the club was founded merely four years ago by billionaire businessman Sergei Galitsky. All this is while Kuban have gained the unwanted reputation of being one of Russia’s great ‘yo-yo’ clubs – more than capable of succeeding in the nation’s second tier while failing to adapt to their new surroundings upon promotion. However this year has proved to be an entirely different entity for Kuban who have seen a fresh level of ambition and commitment rewarded with results on the pitch.

The spending power of FK Krasnodar – backed by the $5.5billon fortune of their owner – is not matched by Kuban however shrewd moves in the transfer market as well as the continuing development of one of Europe’s most promising coaches have seen them match and better their neighbours on the field.

Dan Petrescu – the former Chelsea full back – was appointed as Kuban coach in the winter prior to the beginning of the 2010 season with the team fresh from relegation from the Premier League. However despite the disappointments of being forced to compete in a lower division Petrescu managed to rejuvenate his players and lead the club immediately back into the top flight – some nine points clear of Volga Nizhny Novgorod in second place.

The degree of success achieved last season ultimately placed Kuban under a strong level of pressure and expectation. It would be easy to assume that the team would crumble under such weight – as they had done so often previously- however with the stewardship of Petrescu no such complacency has crept into the mindset of the players. The signings the Romanian coach has made since joining the Premier League ranks have hardly broken the bank – with Lacina Traore’s £3.5m move from Cluj being the most costly signing – however such is the management of Petrescu that each new addition realises the part they must play in the club’s continued success.

The aforementioned Traore has been an absolute revelation since his arrival at the club – quickly establishing himself as one of the league’s most prominent forwards. There were perhaps some cursory glances upon his signing – due to his glowing reputation on the continent – however any fears that Traore could sink into the depths of European football’s backwaters have been rapidly extinguished. 11 goals in 20 starts have placed the Ivorian behind only Aleksandr Kerzhakov and Seydou Doumbia as the most prolific forward in the league and a recent run of 5 goals in 4 games could see Traore even overtake his attacking rivals.

However while Traore receives the plaudits for his significant goal scoring prowess it is the remainder of the squad that deserves praise in equal measures for the manner in which they have managed to attain such success this term. Petrescu’s seemingly unfaltering ability to tactically organise as well as mentally motivate his squad has seen the likes of Alexei Koslov, Dacian Varga and Maksim Zhavnerchik develop into strong top flight players.

Petrescu remains a pragmatic coach who places great emphasis upon defensive stability as the springboard for success – despite the 5-0 mauling of Volga perhaps suggesting otherwise. It is not always the most entertaining brand of football however results would serve to suggest that it is incredibly effective. A run of 6 wins in the last 7 fixtures seems to suggest that Kuban are only just hitting their stride and as they sit in 6th place n the league – ahead of both Anzhi Makhachkala and Rubin Kazan – a place in the championship group come the winter months seems extremely likely.

At the beginning of the season it would have taken a brave man to bet on Kuban finding themselves in the top half of the table come the eventual split of the league – into a championship and relegation group. However it is testament to the progress of the team – as well of the stewardship of their coach – that they find themselves in the position where few would now bet against them remaining in the coveted top 8. It’s a transformation of fortune that ultimately provides hope to all newly promoted sides that spending within one’s means can reap some rewards.

We need look no further for ‘surprise package of the season’ come next summer as Dan Petrescu’s Kuban already have their name upon the fictional trophy. However as the season continues questions will likely remain as to just how far the club can progress this season. It does not remain out of the realms of possibility that Kuban could find themselves in Europe next season. Such an achievement could well earn Petrescu a ticket to a lucrative deal in Western Europe however the city of Krasnodar – or at least half of it – will hope and pray that no such eventuality occurs.