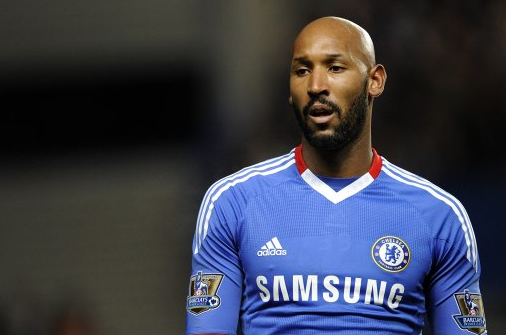 The summer transfer window is an exciting time for fans and players alike with the prospect of new signings, a new start and the vane hope that the next season will be a successful one, with the sheer volume of transfer rumours increasing every year and news websites going into overdrive, linking a new big name to the usual suspects as each day passes.

But while fans and journalists get carried away with the non-stop, 24/7 speculation regarding who their team will be signing next there are a number of players who get forgotten about and who’s futures will be in doubt if said signings come to fruition. One player who faces an uncertain future is Nicolas Anelka, a man who seems to be used to moving on when he is just becoming settled.

Anelka is a player whose career can probably be best summarised by the words ‘if only’ with the Frenchman making bad decision after bad decision and often being simply unlucky with the timing of his numerous big money moves and at 32 he is approaching the end of his career with his next move looking increasingly likely to be his last. But despite his old age he is yet to really fulfil his potential and has achieved relatively little when you consider how highly he was rated when he burst onto the scene 15 years ago.

In 1997 there was no doubt that Anelka would become one of the greatest strikers in the world with the young Frenchman earning comparisons with none other than Ronaldo due to his pace, technique and superb finishing. Big expectations for a 17-year old then, but for a while it seemed like Anelka was thriving off of all the hype and attention surrounding him as he took the Premier League by storm, having moved to Arsenal from Paris Saint Germain.

Opportunities were limited as expected when he first arrived at Highbury, being such a young player, but when he broke into the first-team in the 1997/98 season there was no looking back and Anelka soon became the focal-point of Arsenal’s attack alongside the prolific Ian Wright.  Wenger’s decision to show so much faith in the fresh-faced kid from France turned out to be a masterstroke as Nico played a crucial role in the Gunner’s double winning season.

With the player showing so much promise at such a young age, Arsenal fans had visions of their French talisman leading them to silverware and success, but with Anelka’s stock rising following his PFA Young Player of the Year win in 1998/99 and Arsenal failing to retain their title crown he decided that he either wanted a pay-rise or a transfer. Ultimately it would be the latter and less than two years after moving to North London Anelka was packing his bags for Madrid with his now infamous “Le Sulk” nickname in tow.

Young players often make ill-advised decisions when it comes to transfers and one of the best examples of this was Anelka’s move to the Bernabeu as the teenage forward quickly fell out of favour with fans, teammates and management alike due to his poor form and attitude. It is also rumoured that he angered team-mates Raul and Fernando Morientes when he demanded that he be given the number 9 shirt upon his arrival, instantly alienating himself from the rest of the squad. Refusing to train was the final straw for the Madrid bigwigs and after playing just 22 games (costing £1 million per appearance) he was on his way back to France and PSG with his tail in-between his legs and his reputation quickly diminishing.

Anelka was becoming known as a poisonous influence within the dressing room and when Paris Saint Germain decided to loan out their star striker to Liverpool for the 2001/02 season it appeared that he had once again outstayed his welcome before he could even finish unpacking. Surprisingly the short loan move would turn out to be one of the happiest and more fruitful spells of his career.

Anfield seemed a natural fit for Anelka when he arrived and you could sense that the Liverpool fans thought they had a potential star on their hands. Michael Owen needed more support upfront and despite scoring just twice during his time on Merseyside Anelka regularly impressed, showing he had more to his game than goals with his exceptional movement and touch creating several chances for his teammates. Come the summer of 2002 and it seemed academic that Gerard Houllier would choose to make Anelka’s move permanent, since it was what both the fans and the player desperately wanted. Unfortunately for both Nico and the Kop it was not want Houllier wanted and he decided to splash his transfer budget on El-Hadji Diouf instead, meaning that for the 3rd time in 4 years Anelka was on his way.

Manchester City was his next destination and it was here that he would arguably be his most consistent as he seemed to relish his role as a big fish in what was then a relatively small pond. Two and half seasons and 46 goals later and our journeyman was on the move again, this time to Turkey and Fenerbahce, where he would play for two seasons before returning to Bolton Wanderers where he would look to rebuild his goalscoring reputation.

The move to Bolton must have been a wake-up call for Anelka and motivation to finally knuckle down, mature and show just why he was so highly rated as a teenager. After all, in 1999 nobody would have expected to see Nicolas Anelka plying his trade at the Reebok just seven years later. The switch would however turn out to be the best choice he would ever make and it was at Bolton that our protagonist would rediscover his goalscoring touch as well as his smile, which had seemingly gone on strike since the turn of the millennium.

His outstanding form at Bolton, including 2 goals against his former team Arsenal, meant that he was hot property once again and it was Chelsea that won the race for his signature by paying £15 million for his services.

He was back at a top club once again, playing Champions League football, competing for titles and standing alongside the best players in the world, it was where everyone expected Nicolas Anelka to be at this stage of his career (though few could have predicted the route he took to get there). At Stamford Bridge he would continue to prove why he was once regarded as one of the greatest prospects in world football as he won the 2008/09 Premier League Golden Boot. Things were going well for Anelka and you could tell by the way he was celebrating his goals that he had finally found a home and his tally of 30 goals in all competitions over the next two seasons is proof of that. After all, players play their best when they are happy and settled.

But it appears that Anelka’s life is about to be shaken up once more and with £50 million signing Fernando Torres, returning youngster Daniel Sturridge and Didier Drogba all ahead of him in the pecking order it could be time for him to move on to pastures new. The man who was once labelled “Le Sulk” will gain little sympathy but you can’t help but feel sorry for someone who encounters so much bad luck and struggles to shake a journeyman reputation.

Many players fail to live up to their early potential and you feel as if Anelka may join that long list of failures if he makes another poor career choice this summer. It’d be a shame for a player of his quality to sit on the bench every week but it’d also be sad for him to leave and face unhappiness once again. For his sake, I hope he makes the right one.

This article first appeared on The Red Samurai.

One thought on “Crucial Summer for Anelka”