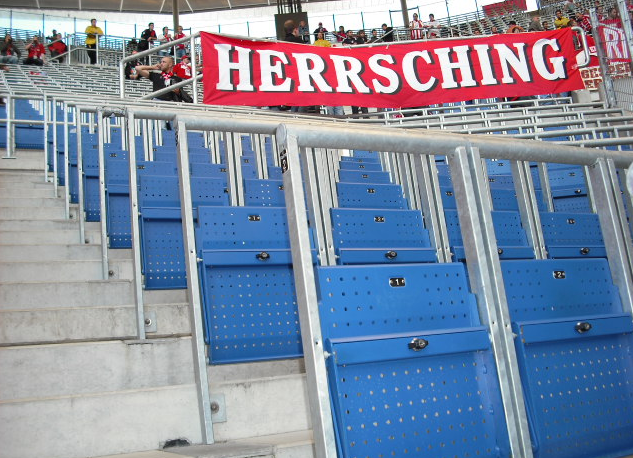 Safe standing looks well on its way to English league football. At a recent football league meeting, a majority of the 72 clubs in the three divisions voted in favour of the proposals in a move which was described as “a very significant development” by Peter Daykin of the a Football Supporters’ Federation – one of the most active and influential proponents of the scheme.

There is a lot of hysteria about safe standing with opposition to it ranging from the fear of repeats of past stadium tragedies such as Hillsborough, to fans worried that less mobile supporters will be discouraged from attending due to having to stand for an entire 90 minutes but all of these claims are simply untrue. There is no real case to be made against it. It has worked abroad and it could increase capacity in standing terraces by up to 80% thus reducing the price for fans whilst improving the atmosphere.

With the price of football in the last 20 years increasing astronomically despite added year on year TV revenues – this year, Premier League rights 2013-16 were sold in total for £5.5bn – meaning clubs could (theoretically) afford to let all fans in for free, this could be a real opportunity for the FA and the Football league give something back to hard pressed fans and an opportunity they should take. Indeed, with more than half of Premier League clubs recently declaring their interest in the trialling the proposed scheme, this is no distant slightly speculative hope – it could realistically happen.

The proposals themselves are that small areas of stadiums, most likely North and South banks, would be converted into ‘safe standing’ terraces where, according to the Football Supporter’s federation – the capacity of the standing area would be increased by 80%. The standing terraces themselves would almost certainly use the ‘rail seats’ model. There are rails every row (or possibly every two rows) to ensure maximum safety, and within the rails would be ‘latch and lock’ seats meaning the stadium could be re-converted into an all seater – probably very close to the original capacity with minimal fuss.

These proposals would in reality be no more or less safe than the current state of affairs. Across almost all grounds in the Premier League, away fans as well as the North/South banks housing season ticket holders contain vast numbers of standing fans. All this would do is to reduce the ticket price of these already standing fans whilst improving the atmosphere by allowing more fans to fit in. It goes without saying that no second measures would be taken to avoid the risks associated with overcrowding but even if regulation were to be introduced to keep standing terraces from possibly being at absolutely full capacity, i.e. the 80% proposed capacity increases – there remains undoubtedly huge potential for much higher gates and lower prices as a result.

It should also be evident for anyone attending Premier League football in the last 20 years that the atmosphere decline at many stadiums, (e.g. Old Trafford, Anfield) roughly coincides with the conversion of grounds to all seaters. This is not to say that all seater stadiums are resigned to having no atmosphere, nor that safe standing guarantees it. However, bringing in more fans, especially those willing and keen to stand throughout the match would be likely to improve the atmosphere at most stadiums.

Using the Emirates as an example; there tends to be a lot of fans standing and singing in both the lower Clock End and the North Bank but in between these stands there is unfortunately relative silence. The opportunity to convert the number of people in the North Bank and Clock End from around 10000 to maybe 15000 would make a huge difference, whilst not compromising the accessibility of the stadium to the remaining 50000 or so fans. There is no downside and this could and would work across the league.

Furthermore, the benefits of safe standing would be felt right across the football league. With attendances falling rapidly for Championship and League One games over recent years (excluding a small minority of clubs) Safe Standing could be a move to help bring some allure back to this level of football. After all, one might argue that the quality of football in the second and third divisions has never been higher – unfortunately most clubs don’t have even close to full stadiums to witness it.

With the average Championship club charging over £25 for their cheapest match day ticket according to the BBC “Price of Football” survey it is no great surprise that attendances have suffered in recent years. Safe standing could go at least some way to rectifying this, bringing down prices and improving atmospheres for the loyal fans who so desperately deserve it.

Overall, safe standing doesn’t seem to have any real downsides to which there is not already a relevant and working solution. Proof of this comes in the popularity of the scheme in other European  nations where stadiums such as the Imtech Arena (Hamburg) have had huge success in implementing this and are expected to soon be followed by other German clubs. In addition, according to the FSF over 90% of fans surveyed have expressed their support for the initiative and after all, surely the needs of the fans should only be  second to safety in terms of the FA’s priorities. As always this will hit complications – indeed one may arise in the costs of converting the terraces but the proposals are not that all ground must have a compulsory standing section . They are that clubs, if they see fit and their fanbase responds positively to the idea, have the option to safely reintroduce standing terraces into British football grounds.