After the scenes which rocked world football last week, as River Plate went crashing into the depths of the second tier of Argentinean football, the nation becomes one for the month of July as they host the 2011 Copa America. Never before in the history of such a great footballing nation has a victory been so necessary, not only to breathe life back into its domestic football but also finally put to bed the shards which were left over from the forgettable Diego Maradona era.

Sergio Batista has taken on the reins at Argentina, but has cooled down any talk of instant miracles. He, rightfully, wants to begin building a side strong enough to win the 2014 World Cup over in Brazil, beginning with a long Copa America campaign on home soil. The fans want a cup win. Some believe the sweetness of victory would not outdo the bitterness of another defeat. But this will be the litmus test for Batista and Argentina moving forward into World Cup qualification.

Neither Bolivia or Costa Rica should be much of a threat in this group, but Colombia do have the quality to cause an upset overall. Los Cafeteros are spearheaded by Porto and Europa League winner Falcao, who has been a shining light in Portuguese football for the last few seasons. They have a handful of players who all ply their trade with some top European clubs. They also have Wigan’s Hugo Rodallega who is no slouch in front of goal.

Who will progress? Argentina and Colombia.

This is the first opportunity Mario Menezes has had to display to the world what exactly has changed since the days under Dunga. Defence splitting, ‘joga bonito’ football was put aside and replaced with caution and patience. After failing to do the greatest footballing nation in the world any justice last summer, Dunga left his post as head coach.

The opportunity to not only retain their Copa America crown, but to win their third in a row on Argentina soil would be a huge achievement for Brazil and most certainly mark the beginning of a new era. The current crop of young stars in the Brazilian national team have the potential to do great things, and Menezes has made it clear that he wants to regenerate the side with the youthful prospects that are making their way through. The Copa America squad will be sprinkled with some well known faces, but the future of the national team – the likes of Neymar, Lucas Moura, David Luiz, Alexandre Pato and Sandro – will all play a part in some way. The future for Brazilian could not be brighter, and if Manezes can glue a side together, they can rule world football once again.

Elsewhere in Group B, it’s hard to look past Paraguay for the second placed position. An experienced side which did well in last summer’s World Cup will have more than enough firepower to progress ahead of Venezuela and Ecuador. Of those sides to obtain a best-placed third spot, Ecuador will edge it.

Who will progress? Brazil, Paraguay and Ecuador 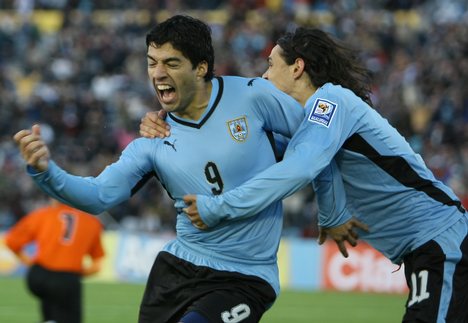 In many ways this is the group death. Chile are often lauded as one of the best teams in the world to watch. Uruguay are fresh from a long and impressive World Cup campaign. Mexico aren’t expecting much from this competition but they have a young squad and a reason to be excited. Peru, given Mexico have selected a young squad, have the potential to qualify.

Ever since their World Cup last season, I struck a love affair with the Uruguay national team – and in particular that unbelievable front three of Luis Suarez, Edinson Cavani and Diego Forlan. Cavani backed up his summer and was arguably the best player in Europe this past season, while Suarez wasn’t too bad both before and after a big move to the Premier League. They went further than any other South American team in South Africa, but they are certainly outsiders when it comes to relaying that form into this competition and going all the way. But I sure hope they do it!

Chile meanwhile have lost the ultra attack minded Marcelo Bielsa and have replaced him with another Argentinean, Claudio Borghi. He isn’t half as cavalier as his predecessor but nonetheless Chile still have serious potency in attack with the likes of Alexis Sanchez, Matias Fernadnez, Humberto Suazo and the terrific Arturo Vidal. The adventurous 3-3-1-3 formation may have been short lived, and probably undeservingly without silverware to properly mark it, but never write off this Chilean team. You just don’t know what they’re going to do next.

Who will progress? Uruguay, Chile and Mexico

Overall winners: I like Uruguay a lot, and in terms of the overall package they could have enough to topple everyone in the competition. I’m going for an Argentina/Uruguay final, with the hosts triumphant on home soil.

One thought on “Copa America: A summer of football is here”