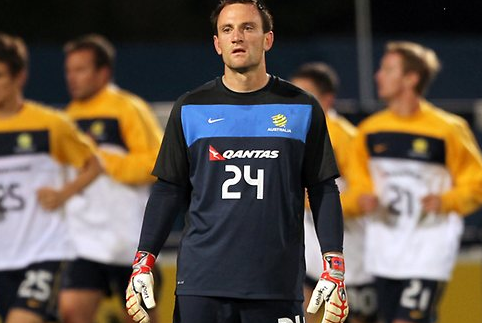 Here is the lowdown on the all the goalkeeping comings and goings over the winter hiatus. I relish any opportunity to talk candidly about the A-League’s often forgotten warriors and what to expect from our glove-men this season.

It is less than four weeks away and already anticipation is building for the new A-League season. The off-season has dragged on longer than a Kevin Rudd Election concession speech and players, managers and more importantly the fans are keen as curry for season nine to kick off.

The growth and popularity of the game in Australia has been impressive but unsurprising. The product is now the envy of rival codes on and particularly off the field.  The success of the new Western Sydney Wanderers franchise on the back of their loyal supporter base ensures the strength of football at the grass roots in the west is in safe hands.

Season 2013-14 will see a few changes in goalkeeping personnel but most clubs remained unchanged, pleasing most managers. The retirement of goalkeeping icons Clint Bolton (Melbourne Heart) and Mark Paston (Wellington Phoenix and NZ All Whites) has left their clubs with enormous gloves to fill. However their successors have plenty of runs on the board and top-flight experience to ensure a smooth transition. Andrew Redmayne (Heart) took over from Bolton during last season and performed confidently despite his side’s overall finish in ninth position. Paston’s replacement Glen Moss had some tough times when called upon and will be looking to impress following the signing of young Lewis Italiano from the Perth Glory as his back-up.

The big news in the off-season was the transfer of Central Coast Mariners Grand Final winning keeper Maty Ryan to Belgium based Club Brugge. In a positive move, Ryan has been starting as the number one keeper since the season opener with his side sitting in third position after six matches. His departure from Gosford will leave a large hole as his 11 clean sheets last season was only matched by Western Sydney Wanderer’s veteran Ante Covic. Mariner’s manager Graham Arnold sought the services of A-League journeyman Liam Reddy to team with keeping incumbent Justin Pasfield. Pasfield stood in for Ryan on four occasions whilst on international duty with the Socceroos and his stats ensure he will be hard to displace as the number one after only conceding twice. Reddy knows he is walking a career tightrope with a zero tolerance policy being adopted by the club that threw him a lifeline.

Elsewhere in the league the goalkeeping rosters have remained intact providing stability for clubs. This season sees the return of Ben Kennedy to the Newcastle Jets after a lengthy stint on the sidelines following knee surgery. Kennedy will find it tough regaining the top spot ahead of Mark Birighitti who recently made his senior Socceroos debut against China in the final match of the 2013 East Asian Football Cup. Birighitti is a tough customer and I’m predicting a big year for the 22 year old as his confidence swells from his time rubbing shoulders with the Aussie football elite.

Eugene Galekovic (Adelaide United), Michael Theo (Brisbane Roar), Nathan Coe (Melbourne Victory and Danny Vukovic (Perth Glory) all go around again with Galekovic continuing to improve better than an aging Barossa Shiraz. Galekovic’s fine form last season went a long way towards being called up to the national squad for the successful World Cup qualifiers alongside Mark Schwarzer. His outstanding efforts at the back against South Korea in the East Asian Football Cup match rewarded him with an impressive international clean sheet.

The upcoming season could be a giant litmus test for the many local keepers wanting to gain a spot in the Socceroos squad for next year’s World Cup in Brazil. With Schwarzer stating it is his last campaign, Holger Osieck or whoever is at the helm, has a huge selection dilemma ahead of them. Do they choose from the wonderful local talent of the A-League or venture abroad to the likes of Mitch Langerak (Borussia Dortmund) or match hardened Maty Ryan (Club Brugge).

Based on past heroics and performances it is difficult to go past the ever-reliable Schwarzer, but consideration should also place emphasis on picking a keeper in good form and playing solid football every week. This could be big question mark hanging over Schwarzer as he plays second fiddle to Petr Cech at Chelsea.  With Brazil looming he could struggle to gain valuable pitch time that helps build the sharpness and confidence needed to excel.

For now it is time get the couch cushions fluffed and position the all important TV remote within arms reach as this season promises to attract plenty of interest from both here an abroad. The new “Free to Air” broadcast deal with SBS will prove to be an important move by the FFA to bring the A-League into more living rooms across the country each and every week. Be sure to tune in for the first game between Sydney FC and the Newcastle Jets from 6.30pm from the Allianz Stadium.

One thought on “Clean Sheet – The A-League’s welcome return”