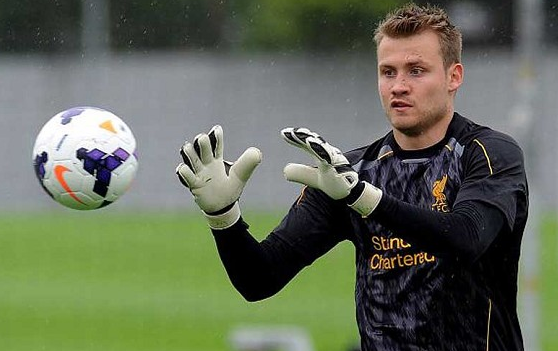 Well it is almost back. The EPL off-season break is finally drawing to a close which means the return of late nights, early mornings and the constant need for caffeine to get you through the next 38 weeks give or take a few due to international, league and FA Cup commitments.

There have been some comings and goings around the clubs with respect to goalkeepers, so I will keep things brief and to the point on the teams that have been strengthened and the ones that maybe a little vulnerable in the six-yard box as the season takes shape.

One of the big summer moves has been Simon Mignolet from Sunderland to the hallowed surrounds at Liverpool. With Pepe Reina’s exit on loan to Napoli, Mignolet will most likely take the starting role at Anfield ahead of Aussie Brad Jones. Conversely, Sunderland will struggle this season and coupled with the split personality management style of Paolo Di Canio, will do well to avoid relegation.

When the going gets tough look for the sideline fireworks as Di Canio’s grip on the dressing room starts to slip. Incoming squad member Vito Mannone joins Keiren Westwood and it appears experience at the top flight could be given that Mignolet played in every fixture for the “Black Cats” last year.

Of course the other big move was Mark Schwarzer down the road from Fulham to Chelsea. José Mourinho has been ensuring Chelsea fans that he will secure some game time. If Petr Cech’s form and fitness continues in the same vein from previous seasons, Schwarzer will find the going extremely hard to dislodge Cech from atop the pecking order. Cech recorded 14 clean sheets last season in addition to playing in six Champion League fixtures. Things didn’t work for Chelsea at Champions League last season but with Mourinho’s returning to Stamford Bridge, he has the option of playing Schwarzer in some of the “easier” early rounds and keep Cech fresh for the big EPL clashes. Only one person will know what the plan will be and that will be left to the “Special One”.

The “New Kids on the Block” this season are Cardiff City, Crystal Palace and the Hull City clubs. In terms of keeping talent it will be a big test for them as they join the football elite.

For Cardiff City, David Marshall will be the first choice keeper and will relish the return to the top flight after a stint with Norwich City a few seasons back. His performance last season was a stand out with 18 clean sheets recorded in the Championship. However I think he will be doing extremely well to reproduce those sorts of numbers in the EPL this season.

Crystal Palace will see club favorite and stalwart Julian Speroni continue wearing the number one in the starting eleven. He has been Palace’s player of the year on three consecutive occasions and an instrumental figure in their recent success. I for one look forward to tracking his results closely and his ability to step it up behind a squad boasting Aussie mid-fielder Mile Jedinak.

Last but be no means least is Hull City. Steve Bruce has bolstered the defensive line at “The Tigers” by acquiring the services of Scottish international Allan McGregor. The controversial McGregor will add some sting at the back for the newcomers, but the forward line is somewhat ”toothless” and lacking the big gun strike power needed to continue their existence in the big show that is the EPL.

With the return of José Mourinho back to the EPL I thought I would dedicate this week’s quote to one of the deepest/strangest thinkers in world football:

It is like having a blanket that is too small for the bed. You pull the blanket up to keep your chest warm and your feet stick out. I cannot buy a bigger blanket because the supermarket is closed. But I am content because the blanket is cashmere. It is no ordinary blanket.

2 thoughts on “Clean Sheet – Return of the keepers”