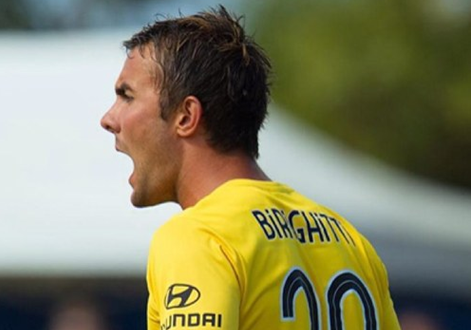 Welcome back to ‘Clean Sheet’, an inside look at the greatest position in World Football… “Goalkeeper”

Round seven of the A-League has come and gone, but the most pleasing thing for me is the three Alex Tobin awards points that Ante Covic (Western Sydney Wanderers) secured helping his side grab a very impressive win away to the Perth Glory. Covic is known as one of the most competitive keepers in the league, and one that never gives up a goal cheaply. On Sunday he showed his worth by putting on a wonderful display of clean sheet goalkeeping. His acrobatic save from a powerful Billy Mehmet shot in the second half was the save of the round in my opinion. His third clean of the season was made more special by having to shut down the strong attacking Glory side after losing Youssouf Hersi in the 38th minute red card for lashing out at Scott Jamieson after a strong challenge.

The disappointing aspect of the weekend was the serious injury to Newcastle Jet’s keeper Mark Birighitti who collided heavily with Wellington striker Jeremy Brockie in the second half of the 3-0 loss at Hunter Stadium. Short term contract Matt Nash was called into action as replacement Ben Kennedy is still recovering from knee surgery. It does highlight how tough the role of keeper can be and Birighitti’s courage can never be called to question. The injury comes at a terrible time for the young 21 year old, who had been in promising form for the club, but now looks set to spend between eight to six weeks on the sidelines nursing a fractured cheekbone.

Adelaide United’s Eugene Galekovic continues to play a vital role in his club continuing to retain top position on the A-League ladder. His impressive stats tally show that he has only conceded four goals for his 630 minutes on the park thus far. He now sits with Central Coast Mariners’ Matt Ryan on four clean sheets for the season. It’s looking like the battle for the Sheridan clean sheets could go right down to wire this year. It could be only coincidence but the clean sheet stats do seem to correlate with the ladder as Adelaide and Central Coasthave far superior goal differences to their rivals.

To the EPL and three games over the weekend had clean sheets pop up in the stats sheets. Pepe Reina’s return to the Liverpool starting side helped cement their worrying defensive line, however the Red’s dominance in attack made Pepe’s night far easier than Wigan’s Ali Al Habsi who found himself at the mercy of Luis Suárez and Raheem Sterling. After last week’s positive performance against Manchester United, Aston Villa’s Brad Guzan’s confidence took a huge beating at the expense of a Manchester City five goal effort at Etihad Stadium. The loss moves Villa back onto the relegation tightrope of uncertainty.

The EPL goalkeeper of the week must go to NorwichCity’s John Ruddy who showed Roy Hodgson his worth to the Englandsquad after keeping a clean sheet against Manchester United. As the EPL stats states they have gone 333 minutes without leaking a goal showing that there is real belief emerging in the back four. It must be a worrying sign for Joe Hart as he continues to look over his shoulder after some indifferent performances of late for England. John Ruddy, Jussi Jaaskelainen and Asmir Begovic continue to lead in the clean sheet department, but it is Chelsea’s Petr Cech who is setting the standard to which other keepers should follow. His performance in a losing side against Juventus this morning was nothing short of brilliant. He was very unlucky that two goals came from awkward deflections, but his sharpness and decision making cannot be questioned.

The keeping clanger of the week is awarded toNewcastle’s Tim Krul. His side is having a poor season to date, but his poor clearance to the awaiting feet of Pablo Hernandez ensured that his perfect cross to Michu delivered the perfect punishment. Krul had nowhere to hide and his side also had to contend with a jeers of a very unhappy St James’ Park home crowd.

The talk still surrounds whether David Beckham will sign with the A-League as his MLS career comes to a close. I’m just throwing out there for discussion but in my humble opinion I feel the A-League needs to change it strategy of chasing marquee strikers and go after a keeper of note! Perhaps bring in Mark Schwarzer, Shay Given or Andreas Isaksson to give the fans what they really want….clean sheets!

I leave you with my goalkeeper quote of the week from arguably one of the best keepers in world football…and also one of the finest proponents to ever lather his locks with brylcreem and tie on a headband (Gianluigi Buffon). One of my personal favourites:

You score goals as a kid then you grow up stupid and become a goalkeeper.

Catch you all next week