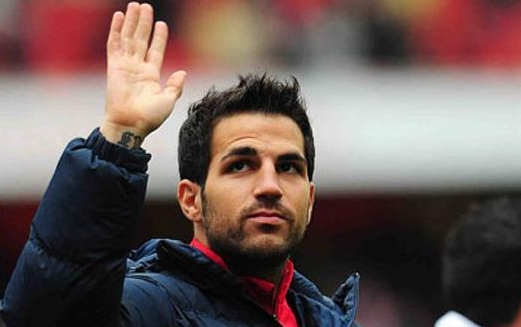 Mark Houston continues his look at Barcelona and the long term ramifications that their dominance will have on La Liga. If you miss part one you can read it here.

Part Two: And Then There Was Cesc…

In part one of his analysis of Barcelona’s image, Mark Houston discussed the ongoing struggle for a collective television rights agreement in Spain. The bullying tactics by Madrid and Barca, as the biggest clubs in the country, were touched on and how the rest of the league seemingly cower in the presence of the big two.

The bullying extends beyond the cash coffers though.

With the enormous earnings they make, Madrid and Barca can afford to buy and pay the best players in the world; and that is what they do.

The signings that the two clubs have made over the last couple of seasons are some of the most elite players in the world, established and emerging. Zlatan Ibrahimovic, Cristiano Ronaldo, David Villa, Kaka, Alexis Sanchez, Mesut Ozil, Sami Khedira, Nuri Sahin, Xabi Alonso, Cesc Fabregas and Javier Mascherano have all swapped their colours for the white of Madrid or blue and red of Barcelona.

The recent Cesc and Sanchez signings are indicative of the power they wield. Two of the best players in two of Europe’s biggest leagues have gone to Barcelona, along with the best player outside the big two, David Villa, moving last season. Madrid have taken the best players from the German league too, in Mesut Ozil, Sami Khedira and Nuri Sahin. More worrying, perhaps, is the continual weakening of their rivals. Valencia have always managed to be a Champions League side in recent times, even winning two titles under the direction of Rafa Benitez; but that is a distant memory. Now it is absurd to think any team outside the top two could win the title. Valencia’s efforts each year in rising above the rest of the Spanish league is admirable still though, especially considering that each season they lose their best players to either the big two, or abroad.

David Villa, David Silva, Raul Albiol and Juan Mata have all left in the last two seasons; two to Barcelona or Madrid and two to the Premier League. Atletico Madrid are much the same, Fernando Torres famously left for Liverpool in 2007 while Sergio Aguero and Diego Forlan left this past summer for pastures new overseas. Even Villarreal’s Giuseppe Rossi was strongly linked with a move to Barcelona, and Spanish national-side strikers Alvaro Negredo of Sevilla and Athletic Bilbao’s Fernando Llorente have been linked with moves to either the big two or abroad. Malaga now have money and have done well to assemble a strong squad, but it will take time for them to build a squad capable of challenging the giants over a full season.

When the big two want a player, more often than not they get them. As the old saying goes though: it’s not just what you do, it’s how you do it.

It was the transfer that everyone knew was going to happen. Barca wanted Cesc and Cesc wanted Barca. He had given eight years service to Arsenal and felt it was time to move on. Straightforward, no?

While they set high standards for themselves as a club, the arrogance and sheer ignorance to the unethical sides of their behaviour is simply baffling, and the Cesc saga is the perfect example of using their stature and financial power to bully their way around the market.

The thing with Barcelona, when compared to the other bullies of world football, is that they are self-proclaimed saints as Gerard Pique so modestly stated to his club’s official website:

I’ve been a Barca fan since I was a kid and I’ve always been proud of my club, but now I’m even prouder, and not just because of what happens on the pitch. Now it’s not because we play well, but because I think we behave perfectly off the pitch.

Actions speak louder than words, though.

Since his arrival at Barca after eight seasons in England, Cesc has scored 5 goals and contributed 4 assists in 8 league appearances. He has already doubled the amount of trophies he won at Arsenal (a single FA Cup) and is enjoying his new life in the country of his birth.

His arrival was imminent, or so we were told by Barcelona’s players and president.

Xavi, Pique, Puyol and Dani Alves in particular were amongst the thick of it, showing no respect for Arsenal, Arsene Wenger or the fans of one of European football’s premier clubs; the club perhaps most like Barcelona in playing style.

Chelsea have been fined and faced transfer embargoes for “tapping up” targets. How Barcelona manage to avoid similar punishment, or warnings from UEFA at least, also reflects how they can seemingly do no wrong.

While they all took turns at telling the press Cesc belonged in Barcelona, Xavi was the most outspoken of all the players making comments in the media at almost every opportunity.

It is criminal for a player of Cesc’s quality not to be winning the biggest prizes in football. He really has no choice but to leave.

Arsenal need to understand they are only delaying the inevitable. If we don’t manage to get his signature this season then Arsenal only really have him on loan for a year – because there is nothing they can do to stop him joining next summer.

While quite disrespectful to Arsenal, the most arrogant of comments were yet to come. This, from Dani Alves took the cake in an interview with RAC1.

I am convinced Cesc will join us. Arsenal are tourist class. Barcelona are in business class and any player would want to join us.

Barcelona president Sandro Rosell joined in too – not surprising though considering many presidential elections at Barca and Madrid are won and lost on who they can promise as a big-money signing.

The whole world knows he wants to come and that we want to sign him. It is a topic that has become so public and that is the worst thing you can do with a transfer, because it makes the selling club raise their expectations and you end up paying over the odds. We will never pay 50m or 60m for Cesc.

The irony is not lost here. Barca have their own players to blame for the subject becoming so public, speaking about it at every opportunity. Equally ironic, they inserted a 200m Euro buyout clause in his contract; for a player they claimed was never worth more than 40m Euros. Interesting.

Few were as offended and frustrated at the actions of Barcelona than Arsenal manager Arsene Wenger.

I don’t think it’s a sentence big enough to report a club to FIFA. [The tapping up] has to stop, of course. Xavi has no direct part to play in that story and I don’t see why he should unless he has an official job to do for Barcelona.

In the end, Fabregas moved to Barcelona and signed a five-year contract on August 15. He was clearly delighted at the move, but the claims that he was held hostage and “suffering” at Arsenal under Wenger are far from the mark when judging what the man in question had to say.

I’ll never have enough words to thank him [Wenger] for all he’s done for me. I can’t express my admiration for him strongly enough, I owe it to him that I am here. I spent a third of my life there, but I am nothing to the club, I am just a servant. I gave everything in the eight years I was there, but it didn’t show in the trophy cabinet. That will be the biggest regret of my career.

If anything, Barcelona have shown that persistence and circumvention of FIFA’s laws will pay off and if you are sitting at the table of football’s elite, few will call you out for unethical behaviour unless it directly affects them.

Madrid are one side to feel affected and have certainly made their voice heard – although are willing to stand beside them when it suits, a la the television revenues debate – particularly following the unprecedented number of Clasicos last season in quick succession. Naturally, with an intense rivalry built on a political backdrop – Barcelona representing Catalonian independence and Madrid Spanish nationalism – it is expected, but it has reached unrivalled heights in the last 12 months.

While Los Merengues met their opponents with strength and perhaps over-the-top aggression in the fiery encounters, Barca made a meal of the softest of touches and both drew criticism from around the world in equal measure; Barcelona for their diving, play-acting and simulation, and Madrid for the Rugby-style tackling and breakneck approach.

Pedro, Mascherano, Busquets and Dani Alves were the most noticeable exponents of the ugly side of football, continually looking to get opposition players sent off; sometimes instead of trying to beat the player. Even Lionel Messi was partial to a dive under a challenge from Ricardo Carvalho. It wasn’t just a one-off either, he repeated the act just a couple of weeks ago against Real Sociedad and was rightly booked.

Even Rio Ferdninand blasted the Barcelona players via Twitter:

This diving is a joke/embarrassing. When Pedro watches that do you think he’ll think ‘what was I doing’?

And he has played with the likes of Ronaldo, and now Ashley Young and Nani, he must know a dive when he sees one.

In fact, the conflict between the two resulted in both reporting the other to UEFA and the LFP. Madrid asked UEFA to suspend six of Barcelona’s players for “premeditated anti-sporting behaviour” and even asked for a penalty to be imposed on Pep Guardiola for allegedly issuing such instructions to his players. A little over the top, maybe, but it all continues to shed some light on how Barcelona aren’t so perfect after all.

Of course they aren’t the only team to take part in these sorts of tactics and underhanded play – Italians are renowned for their play acting and “craftiness” and some would even argue that the aggression Barca are met with by Madrid is worse than the Catalans’ ensuing simulation – but it is unethical all the same. The glittering image they are trying to uphold just doesn’t fit as well anymore.

Sure they play beautiful football, but really they are no better than any of the other big, successful and ultimately powerful clubs. They push and pull through the press to gain an advantage in the transfer market. The arrogance and disrespect shown should not be ignored, regardless of what they have achieved on the pitch.

The shift in perception of Barcelona could have an impact on their support too. Many neutrals tend to support the Catalans, particularly in Clasico matches, as they stand for football played the right way… or used to, rather.

With their ethics and sportsmanship now questionable, no better than their rivals at least, and Mourinho’s Madrid looking to play attacking football against the Blaugrana, it would not be too far-fetched to imagine many of these neutrals switching their allegiances. Despite Madrid partaking in similar unethical behaviour, there is not the same false ideology or agenda portraying them as the good guys.

But then again, all it may take is another viewing of the footage of Mourinho eye-gouging Guardiola’s assistant Tito Villanova to swing them back round.

Perhaps they are the lesser of two evils.

8 thoughts on “Clasicos, Cash, Cesc and Simulation: Are Barca losing their shine? (Part 2)”