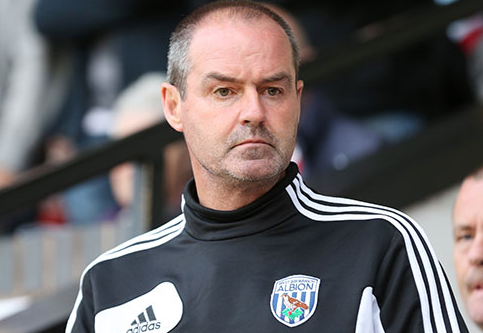 My initial reaction to the sacking of Steve Clarke was one of shock. Whilst there have been ever-increasing murmurs of anti-Clarke rhetoric amongst disgruntled Albion faithful over the past few weeks, not many of the 2,000 or so Baggies fans that coming away from a rain-soaked Cardiff City Stadium would have put money of Clarke going tonight.

Nevertheless, Albion chairman Jeremy Peace and the board of directors decided it was time to wield the axe this evening, bringing Steve Clarke’s tenure as Albion manager to an end around 18 months after it began. This decision seems to have been met largely with a degree of fatalism and satisfaction by Albion fans, and widespread surprise by the footballing community at large.

On paper Clarke’s record is impressive, and personally I was always a big Steve Clarke fan. Instrumental in Albion’s electric start to the season last campaign which ultimately culminated in their highest ever Premier League finish, calm and classy in dealing with the Peter Odemwingie saga and largely competent in the transfer market (albeit with help from Dan Ashworth and Richard Garlick as Technical Director, and with a few glaring exceptions), Clarke has generally proved any doubters that he could make the step up to be a Head Coach in his own right, completely wrong. So why did he get the boot?

Results don’t lie. Forget the four back-to-back defeats. There is a bigger picture here. Sixteen points between January 1 and the end of last season, from 18 games. This season it was three wins from 16 games, with six draws. Take those 34 games into context. It becomes seven wins, 10 draws – 31 points over 34 games. You don’t need me to explain the maths. In 54 Premier League games won 17 games and drew 13 times. That equates to 64 points – which over 54 games isn’t bad, but it’s a struggle.

The key to his dismissal, lies in the events on transfer deadline day, according to Lepkowski:

In many respects Clarke wrote his own departure speech on August 29. It was on that Thursday that Clarke made a personal, impassioned plea for new players. It wasn’t forgotten. Jeremy Peace broke his record transfer fee twice, paying around £6million each for Stephane Sessegnon and Victor Anichebe. Morgan Amalfitano also joined. And from that moment on Steve Clarke was always going to be judged. Sadly it was to unravel so quickly.

So, an action that is certainly statistically more justified than many people seem to have given it immediate credit for and to a certain extent inevitable? Clarke’s record in 2013 has been poor for Albion, his tactics and substitutions indeed at times lacking and Jeremy Peace does have a knack of making big decisions and getting them right.

This time, however, I fear the club have misjudged the situation.

Sacking Clarke could plunge Albion headlong into a fully-fledged relegation battle. Not because Clarke is irreplaceable, but because there is no one out there to replace him with.

Aside from my personal loyalty to Clarke, what concerned me most about the sacking was the apparent sparsity of any manager who I would be happy to take the reins at our club. On a bad run of form already, morale at the club is low and of the list of potential candidates, there are very few realistically available managers who I feel would be an improvement on Clarke in ability to deal with the current rot. Let’s look at the contenders.

Roberto Di Matteo is the early bookies favourite. Champions League wins aside, Di Matteo has done little to suggest that he will improve things at the Albion in their current predicament. Di Matteo was sacked after his first stint in charge of Albion on the back of him being able to halt a terrible run of form, and for me lacks the basic motivational and tactical nous to be a genuine improvement on Clarke. A firm no go.

Martin Jol is also an early favourite to take over at the Hawthorns. Another man with connections to the club (having played for the Baggies as a bludgeoning centre half), his spell at Fulham shows that he is growing tired, and running out of ideas despite a good record in Europe.

Other names fail to spark excitement. Paul Clement, and Keith Downing both lack fundamental managerial experience (in the same manner that Clarke did), Ian Holloway seems to hide behind his pseudo-joker personality to make up for some tactical deficiencies, Sean Dyche and Gianfranco Zola need to be definitively proven at Championship level before a step up and I imagine most Albion fans would rather jump off a cliff than see Stuart Pearce, Glenn Hoddle or Avram Grant put in charge.

Alan Curbishley is worthy of serious consideration and has a good record, however his lack of any employment recently would lead me to be apprehensive about his appointment, leaving only two names for debate.

These are Ralf Rangnick (German born, former Schalke manager and current Red Bull Salzburg Technical Director) and Ole Gunnar Solskjaer. Both boast impressive records abroad, Rangnick for Hoffenhiem and Schalke in Germany whilst Solskjaer has won just about everything you can win in Norway for Molde. Both have strong connections to English football, both will provide fresh ideas and both have been seriously monitored by the club before; Albion apparently getting to the stage of offering Rangnick a contract before giving the hot-seat to Clarke two summers ago.

For me, Solskjaer would edge it. I appreciate he is a young manager, and that could bring similar problems to Clarke’s apparent inability to stop the Albion rot of 2013, but his stellar reputation within the game, experience working with top coaches in the world, sparkling record in Norway and advocation of passing football make him number one choice (that is of course provided we can’t bring Sir Alex out of retirement).

Even then, we would be taking a massive gamble. Steve Clarke was probably doomed to go at some point of the season, but the timing of the sacking could prove to be a massive error.

Albion have to get this appointment right. If they don’t, as a supporter, I can see them going down, and staying down. And that would be a calamity that really would be worthy of a few sackings.

What do you think? Will Albion be plunged into a relegation battle? Was the sacking justified? Who should replace Clarke?

Let me know in the comments.