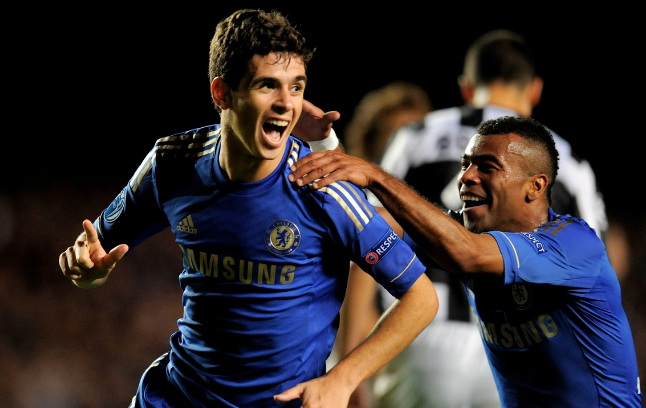 Saturday’s game produced a mixed bag of feelings when Chelsea laboured to a 1-0 win over Everton at Stamford Bridge. While the win was undoubtedly important to the club’s title challenge, many would admit that the game could have easily gone either way. However, predatory instincts from captain John Terry ensured that the Blues escaped what would have been a disastrous result.

For much of the game, Chelsea struggled to keep up with Everton’s dynamic passing. This was particularly evident on the left channel, where Leighton Baines and Steven Pienaar were able to run riot around the defence.  Arguably, the only bright spark on the field for Chelsea was defensive midfielder Nemanja Matic, who is gradually living up to the bill as the midfield player that Chelsea has been missing for the past last few seasons with his powerful play, spiced with calm and technically astute touches.

While Mourinho might credit his side’s resilience in ultimately garnering a much important win, key questions arise over the state of Chelsea’s much hyped midfield force. The sale of Juan Mata was a statement of intent from Mourinho; signalling that he had finally decided on his first choice midfield of Willian, Oscar and Hazard. Hazard, in particular, has impressed many this season with his virtuoso performances on the left. However, can the same be said for Willian and Oscar?

A hallmark of Mourinho teams is the expectation that players work for the team and focus diligently on defending/pressing. Many can see that Mourinho’s players have fully subscribed to his ethos, although it should be noted that Hazard has been given more freedom than most players to focus on attack of late (much like Cristiano Ronaldo at Real Madrid when Mourinho was managing the club).

Over the course of the season, Willian and Oscar have been lauded for their energy and industry in both defence and attack. Both are quick, and have added a great deal to the team’s high pressing counter attacking game, with Willian playing a huge role in many of Chelsea’s counter attacking moves. However, Oscar, so often recognised as the selfless orchestrator, has recently suffered a downturn in form, one that is a huge cause for concern for the manger.

Since his goal from a sumptuous free kick against Stoke city in January, Oscar has embarked on a drought of goals and assists spanning six games. So often a 90 minute player, Oscar has been substituted four times in the past six games. His recent game against Everton on Saturday saw him substituted after 45 minutes due to an ankle compliant, but his performance during the match made his injury withdrawal a bittersweet blessing for Mourinho.

At the start of the game, Oscar quickly went into the book following a reckless tackle. Furthermore, he was sloppy in possession and was hardly able to press Everton’s midfielders well. Easily bullied off the ball by Gareth Barry, his attacking contributions were also mediocre as he misplaced passes that could have easily led to attacking chances countless times in the first half. Ramires, his replacement, proved a more capable attacking outlet in the second half.

While many might count this as a one off for the young Brazilian, the same trend could be seen in his previous games. Most tellingly, Mourinho’s preference to play Willian in Oscar’s favoured number 10 role (one which ultimately caused the departure of Mata) in both high pressure games against Manchester City hints at a likely drop in confidence from the manager.

At his best, we all know the qualities Oscar can bring to Chelsea. Industrious, intelligent and selfless, Oscar fits Mourinho’s plans as the perfect playmaker. While less creative than Mata, it was arguably his off the ball work that convinced Mourinho of his quality. Ranked high in the team for number of successful interceptions and tackles, Oscar’s defensive qualities high up the pitch has won back possession for the team numerous times, and spurred the start of many successful counter attacking moves.

Yet against Everton, he struggled to exhibit his unique qualities. Perhaps a reason for his poor performance could be fatigue from the number of games he has played without a break since last season; a staggering 77 games last season, 45 games this season. Without proper rest, many fear an ankle compliant now could lead to more disastrous injuries down in his career.

Nevertheless, while this writer believes that Oscar will eventually regain his form, his poor performances now do not bode well for a team challenging for the Premier League title. With Willian struggling to get goals and assists despite his good team performances, Chelsea continues to be increasingly reliant on Hazard for inspiration. However, since his hat trick against Newcastle United, the last three games have also been barren for the Belgian star, marking an overall dip in form from Chelsea’s creative trio.

At this stage, Mourinho can choose to continue playing Oscar, or turn to his bench, where the likes of Andre Schurrle and Mohammed Salah wait for their chance to shine. However, how much better are they compared to the current team?

At the start of the season, Schurrle was widely seen as a player capable of challenging for starting spots on both wings. However, the former Bayer Leverkusen player has eventually lost his first team opportunities after poor performances. On Saturday he was given a chance against Everton, but failed to impress with selfish runs from the left. Too eager to impress, Schurrle often wasted chances by shooting from range, failing to provide for better placed teammates. Mourinho certainly will not be too happy with what he has seen and could turn his eyes to Salah instead.

Known as a versatile attacker capable of playing anywhere in attack, many would agree that the Premier League has not seen enough of Chelsea’s recent buy from Basel. Frighteningly quick, Salah’s pace alone has terrorised defences in his brief run outs from the bench. But a lack of an effective final ball could be the reason why Mourinho has yet to fully entrust him with more minutes. Perhaps now Chelsea fans could anticipate more game time (or a first start) for the Egyptian star.

With the competition at the top of the table intensifying, a single loss or draw could be the difference between the title and third place. Chelsea needs all their players to be on top form. Already lacking effective players in the striking department, Mourinho has to stem poor performances from attacking midfield, particularly that of Oscar, if he wants to win yet another Premier League title.