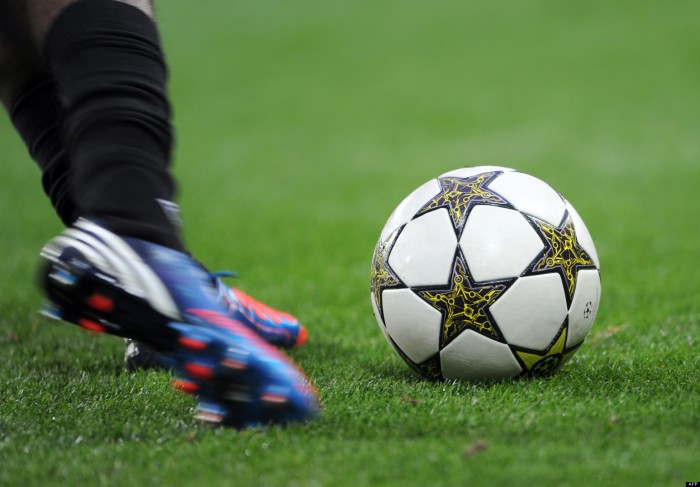 It’s almost impossible to believe, but Manchester United have, despite their absence, still ended up casting a huge shadow across one of the biggest matches in Europe this season.

Under normal circumstances, the build up to a game of this magnitude would have been all about rookie coach Diego Simeone’s response to whatever old hand José Mourinho threw at him.  But news of an impending disposal at Old Trafford left at sizeable elephant in the room at the press conferences arranged for the Atléti and Chelsea managers.

Simeone was up first yesterday and when asked about a (at the time) potential vacancy in the North West of England, his response was assured and as focused as you would expect, “the match against Chelsea is a very important match for us and I am not thinking about anything else.”

In contrast, a prickly Mourinho arrived in the Spanish capital in no mood for any direct questioning on events in England.  Dismissing early questions on Chelsea’s weekend defeat to struggling Sunderland, the twice European Champion kept his focus on issues closer to home, backing Fernando Torres against his former club.  Well briefed, and perhaps a little reluctant to push any buttons, the assembled press pack held back but, until the question is asked and answered, we will wonder whether Mourinho could turn down the role he has always coveted in favour of the one he loves.

Whilst the sacking of David Moyes at Old Trafford remains the story of the month, there is the little matter of a Champions League semi-final and an enticing clash between two very different teams.

Chelsea’s unexpected defeat to Sunderland at the weekend jolted their Premier League ambitions considerably, just as the Blues were coming up on the rails ready to play on the worst fears of Liverpool players and fans alike.  With Liverpool now in complete control of their own destiny, Chelsea face a week of reckoning, but Mourinho will insist this is a team at the beginning of its development, not the finished article.

Both Chelsea and Atlético have excelled defensively this season and have conceded the fewest goals in their respective leagues.  While pre-match talk will focus on two strikers, Diego Costa; potentially bound for Chelsea in the summer, and Fernando Torres; still a hero in these parts, it’s more likely that defences will remain on top.  Mourinho, aware that his team were humbled by Sunderland but with a chance of league success afforded via victory at Anfield, will rally his troops for a backs to the wall week.  The prospect of catching an Atlético team weary from their own battle to secure a domestic title in the second leg at Stamford Bridge will not be lost on the special one.  For his part, Simeone will sense vulnerability, and Atléti’s all action intoxicating approach could put Chelsea to the sword in an early blitz.  The outcome of the tie will depend on a number of key battles:

While not in direct competition, an interesting sub plot exists.  Cech missed Chelsea’s defeat to Sunderland at the weekend due to illness but is expected to return.  Opposite him is the man many expect to replace the veteran Czech keeper; Courtois has been on loan to Atléti from Chelsea for the last two years and has developed into arguably the best goalkeeper in the world.

A dominant presence at the back, Courtois – if selected – will be a key player across both legs, although Cech has also enjoyed another exceptional season between the sticks at Stamford Bridge.

The position that David Luiz plays in this game could have a significant bearing on the tie.  Wonderfully composed in possession, the Brazilian has a few tricks and can make a killer pass striding forward as the link between defence and attack.  But however good Luiz can be, when he has a bad game, everyone tends to know about it.

Frequently selected by José Mourinho as the prompter and carrier in front of John Terry and Gary Cahill, Luiz is likely to be confronted by Atléti’s livewire midfielder Gabi.  Although primarily deployed as a defensive midfielder, Gabi has a penchant for pressing high up the pitch and often unsettles opposition forays before they have begun, resulting in intercepted passes and knocks forward that Diego Costa has positively gorged on.  Luiz will need to be fully switched on if his club is going to progress through to another final.

Quietly, and with the minimum of fuss, versatile full back Azpilicueta has developed into one of the most consistent performers in the Premier League this season.  With Branislav Ivanovic set to miss tonight’s tie, there’s a good chance that Azpilcueta will cover the right back slot with Ashley Cole returning at left back.

Up against the young Spaniard will be a face that he knows well, Atléti’s exciting midfield talent, Jorge Resurrección Merodio, more commonly known as Koke, whose rise under Simeone has been startling.  A talent at Atléti for a number of years, the young midfielder has become architect-in-chief for his club over the last year and his 16 assists across the season, as well as his exemplary tackling have been the cornerstone of his team’s success.

Azpilicueta will face a difficult evening, but his form on the opposite flank suggest he will be more than an able deputy for the absent Ivanovic.