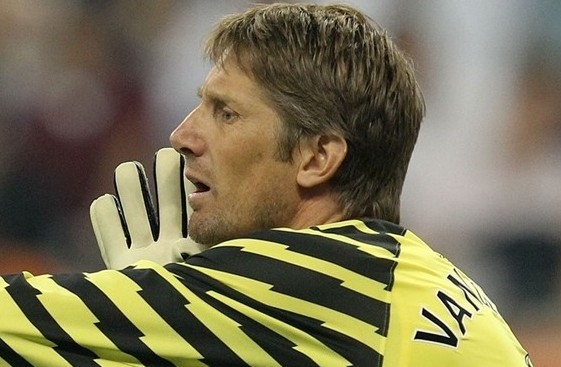 One of Sir Alex Ferguson’s biggest regrets since becoming manager of Manchester United was his failure to immediately replace goalkeeper Peter Schmeichel with Edwin Van der Sar in 1999.

The story goes that Ferguson identified the Dutchman as the ideal substitute for the Sporting Lisbon bound Schmeichel. However, the Scottish manager acted upon his hunch too late and Van der Sar vacated Ajax for Juventus.

Ferguson would finally capture his target in 2005 after Van der Sar’s four year stint with Fulham, a transfer which has proved successful for both club and player.

This season though will be 40-year-old Van der Sar’s last between the posts having announced his impending retirement from the game earlier in the campaign, leaving boss Ferguson once again with massive gloves to fill.

The media has gone into overdrive speculating who will be the man chosen to take over the role and here are five of the main contenders.

If Ferguson was undecided over Neuer’s quality before his side clashed with Schalke last week, then his performance during that semi-final first leg will have left the manager in little doubt.

The German number one produced a string of world class saves to keep the scoreline respectable for Schalke, although an appearance in the Champions League final now looks beyond Neuer and his team-mates. Ferguson would later describe Neuer’s performance as one the best ever against United.

One obstacle that could potentially scupper a deal to the Premier League leaders is Neuer’s reported reluctance to leave his homeland, a fact which currently sees Bayern Munich in pole position for his signature.

Neuer’s German team-mate Rene Adler is another shot stopper believed to be on the United radar, and a move to Old Trafford would be a dream come true for Adler.

The 26-year-old is said to be a lifelong supporter of the Red Devils, with some media sources suggesting that he only penned a new contract with Leverkusen once a clause was inserted that allowed him to join United should they meet his valuation.

Leverkusen sporting director Rudi Voller has recently revealed that the club are planning to tie down Adler on a long-term contract, although the former Germany international did concede that interest from United is expected.

In early April, the news broke that Manchester United and Atletico Madrid had agreed £17.8 million fee for the young goalkeeper, something that both clubs have since denied.

Despite being just 20-years-old, De Gea already has a Europa League winners medal, starring in the Atletico side that eventually defeated Fulham 2-1 in the final. He also saved a penalty kick from Diego Milito as Atletico claimed the UEFA Super Cup at the expense of Inter Milan.

At 6ft 3, the goalkeeper provides a commanding presence which has also reportedly alerted the attentions of Juventus who are seeking a long term replacement for Gianluigi Buffon.

Like Van der Sar, Stekelenburg began his career with Dutch giants Ajax and is believed to be the United number one’s top choice to replace him at Old Trafford.

The 28-year-old was the man Holland coach Bert van Marwijk decided would take over from Van der Sar in the national side. Stekelenburg went on to repay his manager’s faith with a number of decent performances during the 2010 World Cup.

The big keeper is said to be looking to further his career with a move away from the Eredivisie, with his agent also confirming that a number of clubs are interested in his client.

Everyone remembers France’s disastrous World Cup campaign in South Africa. What people tend to forget though is how consistent Lloris performed during Les Blues short stay.

And such is the esteem that Lloris holds in his homeland that he was awarded the captaincy for their friendly victory over England in November 2010.

Playing for Lyon, the impression is that Lloris will be vacating sooner rather than later just as other shining lights like Karim Benzema, Michael Essien and Florent Malouda have done in past seasons.

If Lloris does make the transfer to the North-West of England, he will join the club with a large amount of Champions League experience.