It has been an emotional start to the week for Spanish giants Real Madrid as two of the club’s favourite sons left the Bernabeu and headed for pastures new. 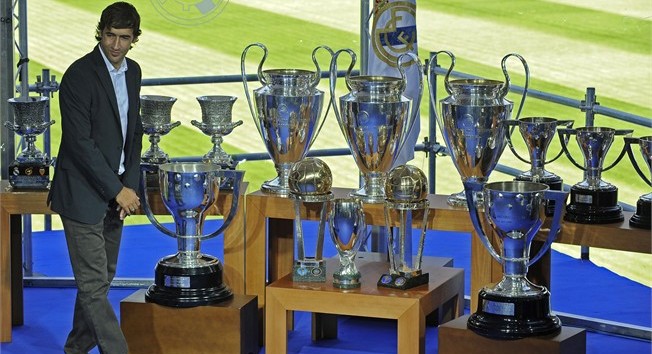 With over 1000 professional games and more than 40 years of service between them, Raul Gonzalez and Jose Maria Gutierrez have been the faces of Real Madrid for a generation.

That all changed this week as the two heroes bid farewell to the club on consecutive days.

Having barely had time to recover from former vice captain Guti’s departure on Sunday, the Santiago Bernabeu was again a cauldron of emotion yesterday as the Golden Boy of Spain said goodbye. 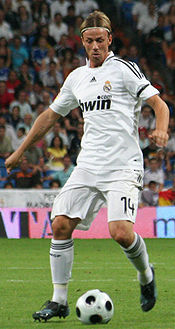 “Today is a day of intense feeling for me, I want to thank everyone,” Raul said.

Raul actually began his career with cross town rivals Athletico Madrid, but moved the Real in 1992 before becoming the youngest player (seventeen years and four months) ever to play for the senior side.

In 1998, he was integral part of the side that brought Europe’s biggest prize back to Madrid for the first time in 32 years and he is currently the European Cup and UEFA Champions League all time top scorer with 66 goals.

Despite a difficult few years on the international stage, which included his surprise omission from the 2008 European Championship winning squad, Raul is still Spain’s record goalscorer with 44 goals in 102 games.

There has been no confirmation as of yet regarding where Raul will ply his trade next season, though either the Bundesliga or the Premier League appear to be the most likely destinations, while Guti has signed a two year deal with Besiktas in Turkey.

“Today is a new start for me,” said Raul.

“16 years ago I pulled on the white shirt for the first time. My heart will always be with Madrid. Real Madrid is my life and my home.”

Raul and Guti may be gone but they will never be forgotten.

One thought on “Changing of the Guard”