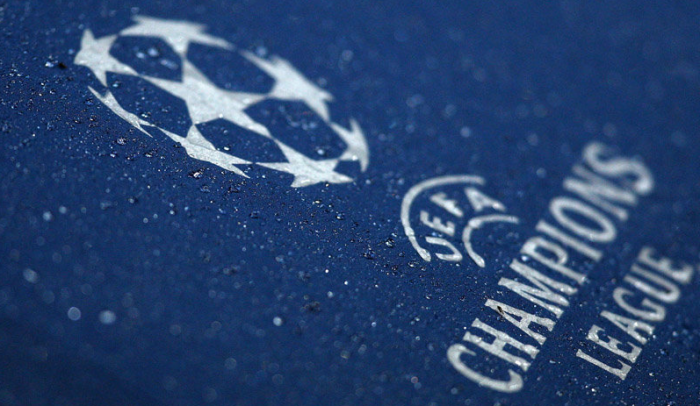 Matchday 2 of the 2011-12 Champions League campaign continues on Wednesday evening with Valencia vs. Chelsea topping the bill on a busy night of European football that also includes Arsenal facing a must win game at home to Olympiacos at the Emirates Stadium.

Wednesday 28th September
Group E
Both Chelsea and Valencia are enjoying positive starts to their respective domestic seasons and will be hoping to continue that form into their crucial Group E Champions League matchup on Wednesday evening at the Mestalla. The Blanquinegros are flying high at the summit of the Primera Liga table thanks to the goals of in-form Roberto Soldado.

Valencia’s performance in their recent 2-2 draw with Barcelona proved they can go toe to toe with Europe’s top side and Chelsea will need to be at their very best to get a result from this Group E encounter.

Chelsea’s 2-0 opening night win over Bayer Leverkusen thanks to goal from Juan Mata and David Luiz sees the Londoners topping Group E heading into their clash with Valencia who drew 0-0 away to Belgian side Genk on the same evening. It promises to be an emotional evening for Chelsea new boy Mata, who has lit up the Premier League since leaving the Mestalla during the summer.

Andres Villa-Boas has steered the Pensioners into the top three of the Premier League but a recent 3-1 reversal at Old Trafford was a clear reminder that substantial improvement is needed to challenge for top honours. The form of the under-fire Fernando Torres will dictate Chelsea’s chances of causing an upset in this one.

Elsewhere in Group E Bayer Leverkusen will look to bounce back from their opening Champions League defeat away to Chelsea when Genk visit the Bay Arena on Wednesday night. Michael Ballack performed admirably on his return to Stamford Bridge on Matchday 1 and a similar swashbuckling display should ensure the Bundesliga’s first European victory of the campaign.

Group F
If ever Arsene Wenger needed a morale boosting victory it is on Wednesday evening when Arsenal entertains Olympiacos in the second round of Group F matches. The Gunners were hugely fortunate to gain a 1-1 draw away to Borussia Dortmund on Matchday 1 thanks to an opportunistic Robin Van Persie strike and nothing less than a win will suffice against their Greek opponents if the North London club harbours hopes of progressing from Group F to the knockout stages.

Olympiacos lost 1-0 at home to Marseille last time out and will the Greeks will be desperate to kick-start their European campaign at the expense of the misfiring Gunners. All signs point to an Arsenal victory despite their recent domestic form.

The second Matchday 2 Group F encounter sees Marseille hosting Borussia Dortmund at the Stade Velodrome. Last season’s Bundesliga Champions are currently struggling in their domestic league with only 7 points to show for their opening 6 league fixtures. Goals have been hard to come by for the usually prolific Dortmund front division with midfielder Kevin Grosskreutz currently topping the scoring charts with a paltry 3 goals.

Olympique Marseille are finding the going just as difficult in Ligue 1 and are currently housed in the bottom half of the table with 6 points garnered from 7 rounds of fixtures. Marseille’s European fortunes look brighter after a welcome 1-0 away win over Olympiacos on Matchday 1 courtesy of Lucho Gonzalez’s opportunistic strike after 51 minutes.

A second consecutive win over their German opponents would set Marseille up nicely for the upcoming double-header with Arsenal and make the French side favourites to progress from what looks like becoming the hardest fought group of the opening phase.

Group G
The meeting of FC Porto and Zenit St. Petersburg is the standout game in Group G on Matchday 2. The Portuguese side kicked off their Champions League season with a well-earned 2-1 win at home to Shakhtar Donetsk. Luiz Adriano had fired the visitors ahead but goals from Hulk and Kleber secured an opening night victory at the Estadio do Dragao.

Porto currently leads the way in the Portuguese First Division with Hulk and Kleber combining for 5 goals between them at the time of writing. The Petrovski Stadium is certain to be packed for the visit of Porto on Wednesday night as current Russian Premier League leaders Zenit look to bounce back from a shock 2-1 Matchday 1 defeat to Apoel.

Aleksandr Kerzhakov and Danko Lazović have combined for 23 goals as Zenit remain 2 points clear of nearest rivals Dinamo and CSKA Moscow in their domestic league. The Russians are expert counter-attackers and will be favourites for all 3 points with the aid of home advantage on Wednesday evening.

Apoel’s early season form has the free-scoring Cypriot side joint-top of their First Division after three rounds of fixtures. Two quick-fire strikes from Manduca and Ailton saw Apoel come from 1-0 down to earn a shock 2-1 victory at the expense of Zenit on Matchday 1. The GSP Stadium in Nicosia was rocking for the entire match but the Cypriots face a daunting task at Shakhtar Donetsk’s Donbass Arena on Wednesday evening.

Group H
All four sides competing in Group H ended up level on one point apiece following the Matchday 1 results a fortnight ago. Both AC Milan and Barcelona will be hoping to record their first wins of the new Champions League campaign and justify their tags as hot favourites to qualify for the knockout phase of the tournament.

Reigning European Champions Barcelona are in Minsk on Wednesday night to face BATE Borisov with the Catalans eager to build on their previous 2-2 draw with AC Milan. Pep Guardiola has overseen a positive start to Barca’s league campaign including a recent 8-0 rout of Osasuna. Yet there were signs in the 2-2 draw away to Valencia that defensive frailties exist without the regular centre back pairing of Gerard Pique and Carlos Puyol. The Champions League offers Barcelona a welcome break from Primera Liga duties and the Catalan side should take all three points from their trip to Belarus.

A Renan Bressan strike earned BATE a deserved point away to Plzen in Prague on Matchday 1 and the Czech side now face an onerous task at the San Siro Stadium on Wednesday evening. Plzen’s in-form Marek Bakos found the net in that draw but anything other than a Milan victory would constitute a major surprise.

A disappointing 3-1 loss to Napoli and 1-1 draw with Udinese suggests Milan are in anything but decent form but recent performance in the Camp Nou (twice coming from behind) suggests the Rossoneri should still prove too strong for Plzen.